3 arrested in connection with Gauchan's murder 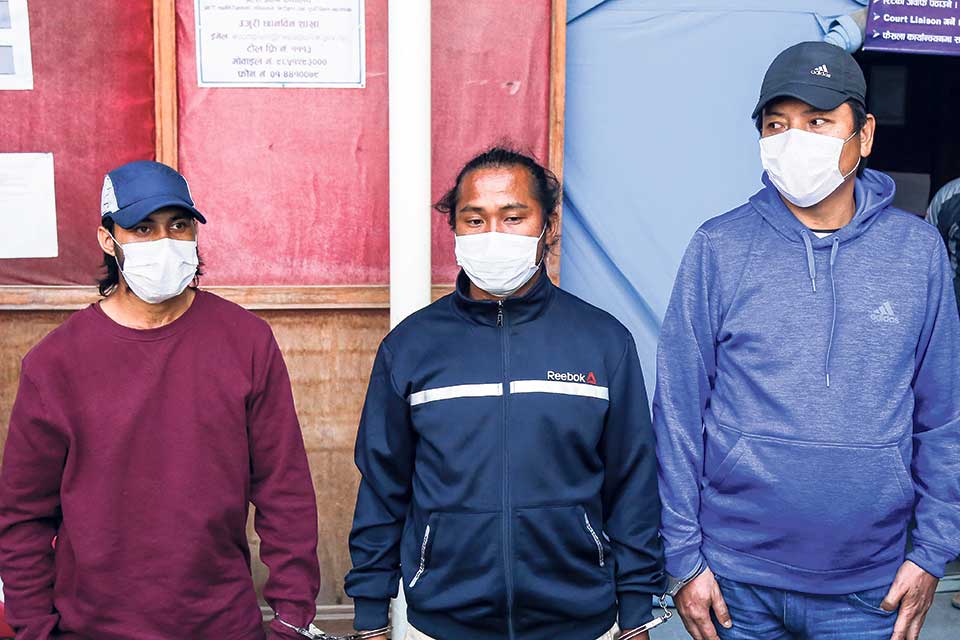 KATHMANDU, Oct 30: Police on Monday arrested three persons for their alleged involvement in shooting and killing the then president of the Federation of Contractors' Association of Nepal (FCAN) Sharad Kumar Gauchan and two other shootings.

According to police, Som Tamang aka Lopsang, 40, of Birtamod Municipality-5, Roshan Budhathoki, 26, of Nagarjuna Municipality-4, and Amber Bahadur Rana Magar of Udayapur were arrested from their hideout in Kakarbhitta, Jhapa. They were arrested for their alleged involvement in the broad daylight murder of Gauchan on October 9, 2017, at Kharibot, Shantinagar, as well as two other shootings.

Gauchan's assailants had shattered the windscreen of his vehicle with a brick before firing three shots at him while he was on his way to FCAN's office in Anamnagar. One of the biggest high-profile murders to take place in the capital in the past few years, the incident had drawn nationwide attention and huge protest from the business community.

The shooters had bought a motorbike bearing a forged number plate (Ba 35 Pa 2461) and gun from the Indian town of Betiya for the purpose.

Gauchan who was also an engineer was the proprietor of Danfe Construction, one of the biggest construction companies in the country. His company had among other things built the new buildings of the Rastriya Naach Ghar and the Kathmandu District Court.

All of the three arrestees previously belonged to the gangster Manoj Pun-led criminal group. According to police, Gauchan's murder was planned by Pun and another gangster Samirman Singh Basnet. It has been found that after Pun was shot dead in a police encounter and Basnet was sentenced to life, the latter had been directing the group from jail.

Refinance loans of Rs 8.99 billion given to pandemic-hit businesses during mid-July and mid-November
55 minutes ago