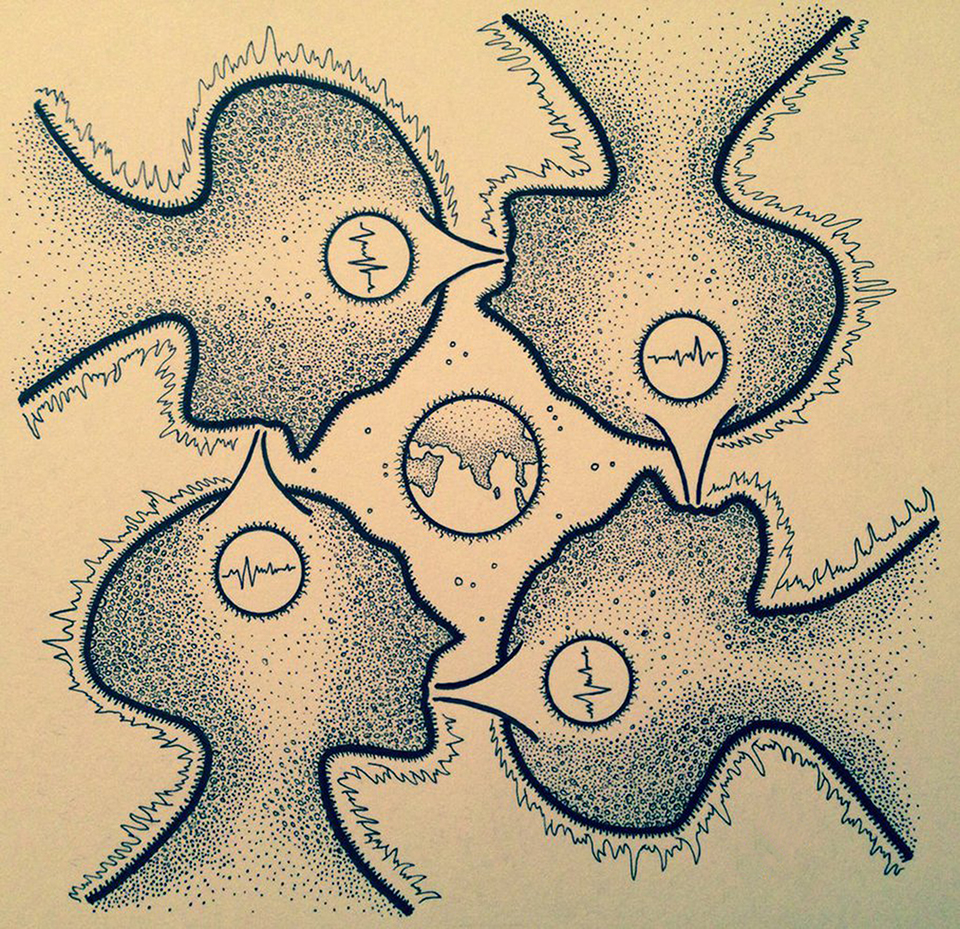 Scholarship based on classroom observations has consistently shown that teachers of content subjects, in general, cannot teach in English effectively.

“Throw fast na”, said a teenager to another at the school I first started teaching, back in the mid-90s. “You ta what-like, what-like playing, yaar.” After listening to students in the playground for a while, I realized they were actually speaking a certain type of English (teachers had to police and punish if they didn’t). I later learned that linguists call such language “pidgin”, a rudimentary means of communication developed by enslaved or colonized people, especially when they are isolated from other speakers or prohibited against speaking their native language with each other.

The current educational trend in Nepal, where more and more children are forced to use pidgins like the above, constitutes a dangerous social experiment. Just to be clear, English is an extremely important world language; but how we realize our “English dreams” is just as important.

In the last piece here, I described the historical/political dynamics behind the widespread belief that English is a global language that promises everyone greater economic opportunity and social advantage.

Here I discuss the side effects of trying to achieve our big “English dream”—harming the learning of most students in the process—and then offer a powerful alternative that can greatly enhance the teaching of English, learning of other subjects and skills, and overall intellectual and social growth of students. That alternative is “translanguaging,” something people are far more adept at doing than they are at using pidgins and also extremely productive for teaching and learning. The next and final essay in this series will quantitatively expose the falsity of our beliefs and show further benefits of translingual education.

First the problem. A few months after I started teaching at the private school above, Tharka Sir, a brilliant math teacher with very limited English, joined the school. It was simultaneously amusing and painful to observe how Tharkaji adopted our students’ ‘what-like, what-like’ English in the weeks and months that followed. I had slight advantage because I was an English major in college and had also come from an English-medium “missionary” school in India. Yet, instead of learning the children’s pidgin/creole, or meeting them half-way, I found it more sensible to switch to Nepali whenever it seemed necessary.

I had to be very careful, though, because students could report to school administration or parents. So, I first pretended to be frustrated by students’ inability to understand my English (their fault), asked them if it’s okay to use a few Nepali words (for sympathy), made sure to provide extra support to one of the school administrator’s sons in my class (extra caution), and so on. It turns out that my linguistic strategy (not the ridiculous excuses for it) is called code-switching in linguistics. I usually went back to English within a minute.

Two decades later, last year, while I was interviewing college instructors in Nepal for a paper I was presenting at a conference in Guangzhou, China, old memories returned. Most educators I talked to agreed that imposing English-only instruction (EOI) upon them has adversely affected their teaching and students’ learning, especially in non-English subjects. One engineering professor, for instance, had just found out that three-quarters of students in his department were failing because they wrote answers in bullet points instead of full sentences and paragraphs, as examiners expected. Their English was insufficient, it took longer to write the answers, and they could not elaborate on what they had learned. In fact, many of them had learned “by heart” the content (as it happens in most cases of English-only instruction in Nepal). They couldn’t “use” English analytically, or to solve engineering problems as the questions demanded.

Scholarship based on classroom observations, such as the works of language scholars Prem Phyak and Lekh Nath Baral, has consistently shown that teachers of content subjects, in general, cannot teach effectively in English. Baral reports a math teacher as saying, “Neither I nor my students feel satisfied after explaining concepts of mathematics in English”. "ट्वाँ परेर हेर्न थाले भने main point फ्याट्ट नेपालीमा तचबलकबितभ  गरिदिन्छु — अनि मजाले बुझ्छन् ।” (“If they seem completely confused, I quickly translate the main point into Nepali and then they easily understand.”). It is a sad thing he has to do that.

Now the solution. What my colleague was doing with the two languages, called “translanguaging,” is a powerful communicative strategy that involves freely using resources from across languages as it best fits communicative context, audience, and purpose. In recent years, educators across the world have been writing about the benefits of translingual teaching and learning. As distinct from “multilingual” practices (which involves wholesale switching of language, such as when a Newari person switches to Nepali for someone who doesn’t understand Newari), translingual communication allows a more dynamic exploitation of languages for and among learners. As the instructor above said, “माध्यमलाई { strategically use गर्ने हो भने पढाइ धेरै effective हुन सक्छ” (“When medium/language is used strategically, learning can be very effective.”)

Observe how the freedom to use Nepali syntax unleashed the denotative and connotative power of both languages. My colleague’s Nepali syntax flowed naturally, while he inserted English words like “main point,” “translate,” “strategic use,” and “effective” for greater semiotic value. Or, consider what I translated above as “seem completely confused”: in Nepali, it was “look at you with mouths wide open”. My translation of “quickly” was also said with an expression that evokes the visual effect of an object suddenly falling to the ground. And my word “easily” in Nepali had the connotation of “pleasure”. Having to use only English in his classroom, he said, made teaching “very ineffective”.

Whereas my colleague and I were free to connect at multiple levels—as teachers, English language scholars, and members of a society and culture—in his class, he has to unethically drag learners into a linguistic space where they can’t understand, engage in, or enjoy learning similarly. Students who are forced to use only a language they can’t speak well are like a drummer whose one hand is tied behind their back, to borrow an analogy from translangualism scholar Ofelia García. I imagine my pidgin-speaking students as having the second drumstick in their mouths. In that social context, translanguaging is not just a more natural and dynamic way to communicate but also a just way to engage and inspire, respect and support students as humans with a right to develop all their languages, especially their mother tongues.

When students’ primary language is tied behind their backs, they can’t understand content well, can’t fully express their ideas and emotions and experiences, and can’t make education meaningful in life and society. It is not enough to “allow” translingual communication: schools and colleges must deliberately embrace and promote it. Because students are afraid that they will receive lower marks if they don’t write in English, a policy of “tolerance” is not enough either. We must bring back the practice of bilingual exam questions, a practice the Israeli researcher Elana Sohamy found to have tremendous benefits for multilingual students.

English-only instruction is more ideological than educational, more illusory than useful, more riddled with side effects than it is beneficial. Any translanguaging that takes place in our schools today is distorted—done in hiding and shame, fear and guilt—and it stifles teaching and learning. With 123 languages spoken by nearly thirty million people and over forty percent of us already bilingual, English can be used for adding, not diminishing, our society’s multilingual caliber. The emerging approach is upside down, indeed downright stupid. We are using one language to cannibalize the rest. It is time to call people out on this absurdity.

The terrible effects of English-only education are all too clear. Reading and writing skills in Nepali, a “compulsory” subject, are down the tubes, and people can’t communicate with family members in home languages. Local scripts are replaced by poorly approximating Romanized keyboards. Few people speak English itself well.

Amazingly, it is not that the solution is expensive or difficult. Simply encouraging teachers and students to freely use and develop all their languages can begin to solve it. In fact, research shows that doing so will also help more people better realize their “English dreams”.

Jimbu is an herb belonging to the onion family, grown and used extensively in Nepal. It is a seasonal herb,... Read More...

POKHARA, Jan 5: As many as 207 visitors received check-up services at a one-day health camp set by the Nepal... Read More...

UML Chairman Oli in Baluwatar to press PM Dahal to reinstate Lamichhane as home minister
17 hours ago
Two injured as a man tries to self-immolate in Pokhara, woman's condition critical
21 hours ago

Federal Democratic Republic came through the sacrifices of martyrs: PM Dahal
19 minutes ago