Govt gets go-ahead to transfer controversial MD Khadka to ministry 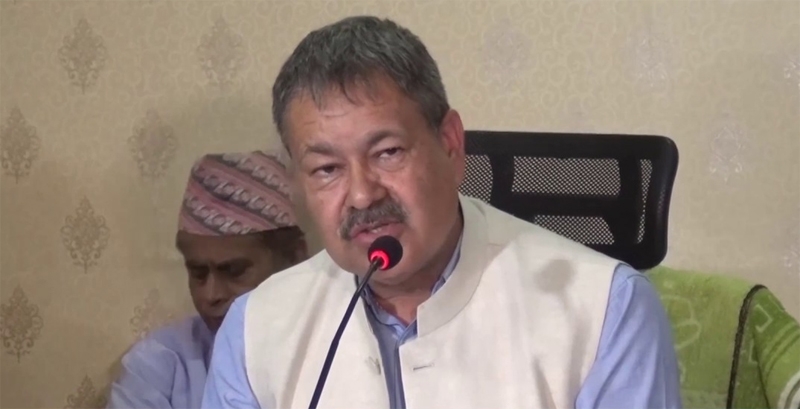 KATHMANDU, Oct 17: The Election Commission (EC) has allowed the government to transfer controversial Nepal Oil Corporation Managing Director Gopal Khadka to the Ministry of Supplies, barring the corruption-accused Khadka from continuing his job as the state oil monopoly chief.

The government had sacked Khadka after parliamentary committees stated that millions of rupees were embezzled while procuring land plots in various parts of the country for the purpose of fuel storages. NOC had purchased the land plots in Chitwan, Bhairahawa, Jhapa and Sarlahi.

Shortly after the dismissal from the job, Khadka had moved Supreme Court demanding that he be reinstated in the position. Without going through the parliamentary probe reports, the court had reinstated him.

The Election Commission (EC) has permitted the government to transfer Managing Director (MD) Gopal Khadka, who has been facing charges of embezzling millions of rupees in the purchase of land plots for oil storage, and allow him to work at the ministry.

The EC decided to allow MD Khadka to work as per the request of the ministry, according to Navaraj Dhakal, spokesperson of the EC.

The ministry has demanded with the EC to transfer from the Nepal Oil Corporation (NOC) to the ministry saying that the NOC will suffer further damages if he remained there.

KATHMANDU, Nov 23: The Election Commission (EC) has denied approval over the government request forwarded to it for transferring on... Read More...