Official trailer of ‘Kahi Katai’ out 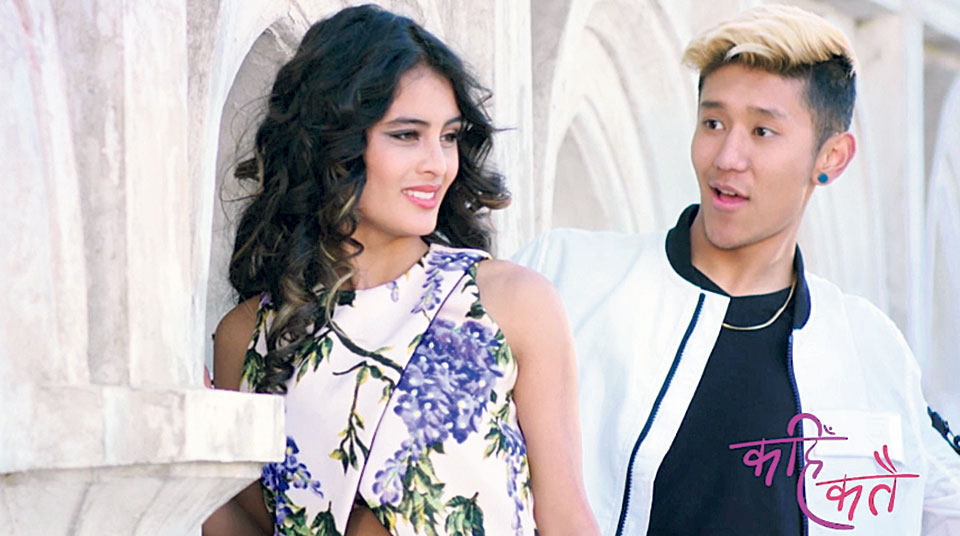 Directed by Sabir Shrestha, the official trailer of the movie ‘Kahi Katai’ has been released on the internet. The movie features actors Shiwani Giri, Dilip Rayamajhi, Kishor Khatiwada, Sonam Baraphungma and Uma Baby, and it orbits around romance as well as family drama.

The movie, filmed in Nepal and Sikkim, will be premiered worldwide on November 6. The movie’s song ‘Jhwaiya Jhan’ has already attained ample popularity throughout the subcontinent.

Shiwani and Sonam will be debuting in the film industry through this movie. Dilip, Kishor and Uma will also be playing leading roles alongside the two. The film’s trailer demonstrates the influence of parents’ past in mellowed love.

The cinematography is by Babu Shrestha, editing by Arjun GC, and music by Sachin Singh and Lucky Sitaula and the movie was produced by Uma with the partnership of Dominic Savio Dsouza.
The date to release the film in Nepal has yet to be determined.