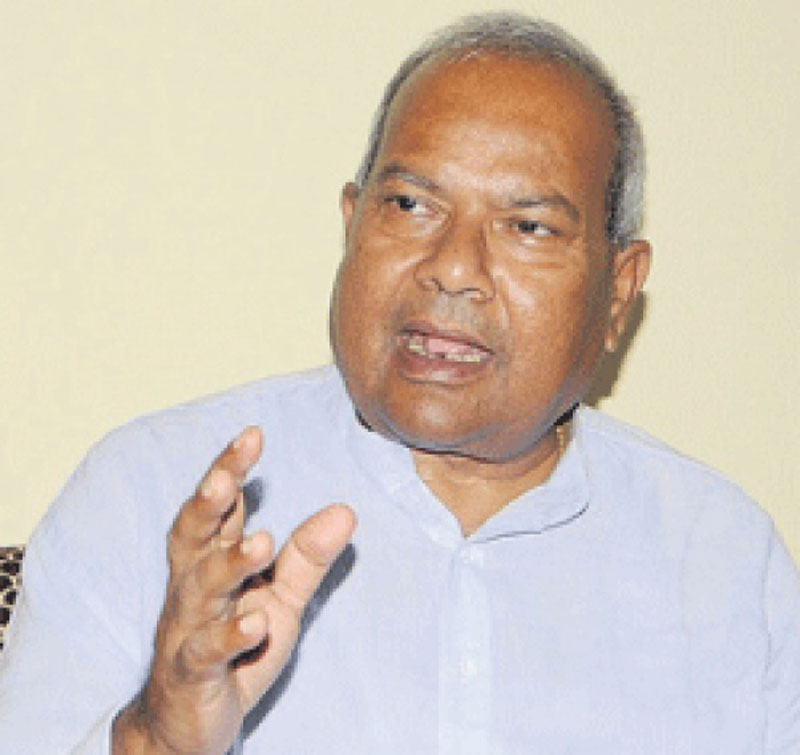 KATHMANDU, Oct 13: A parliamentary probe committee investing alleged rigging and other irregularities in the 2013 Constituent Assembly (CA) election submitted its report at the penultimate sitting of the current parliament on Friday.

The probe committee had not submitted its report and remained idle although its term expired three years ago and had to be extended thrice. The committee had prepared its report before the expiry of its term but sat on it for three more years. Officials and members of the committee accused the committee coordinator, Laxman Lal Karna of Rastriya Janata Party Nepal, of reluctance to submit the report so that he could continue enjoying the perks and facilities provided to him by the parliament secretariat.

Though the main task of the committee was to probe any irregularity in the 2013  CA election, its report hasn’t mentioned whether there was any rigging  or not. The committee was formed after the CPN (Maoist Center) and the Madhes-based political parties declined to join the CA, alleging rigging in the polls held under a neutral government headed by the chief justice.

Although the probe report has failed to say anything about poll rigging, it has not failed to suggested using e-voting, forming an election government of national consensus and holding elections so as to maintain trust and fairness. The report has also suggested barring incumbent ministers from contesting parliamentary elections and barring a candidate from contesting from more than one electoral constituency. The report has also recommended a threshold provision for the sake of political stability.

However, the suggestions of the report have come only after the provision against contesting two constituencies   and the threshold  provision have already materialized under  recently enacted election law. The parliamentary panel’s report has further suggested that candidates contesting parliamentary elections should have at least a bachelor’s degree.

The report tabled by Karna at the House on Friday also suggested holding elections only between mid-March and mid-May to ensure participation of citizens from all climes.

The committee had visited nine districts across the country, held interactions with members of the public, conducted a survey among the electorate and received complaints from various individuals, including lawmakers, to establish the truth about rigging in the election. But there is no mention  of  substantial evidence of rigging or lack thereof  in the report.

In a survey conducted by the committee, over 918 respondents expressed their views about the fairness of the election. The report states that 200 respondents claimed irregularities in the election while another 452 said the election was fair and 248 had mixed reactions.

KATHMANDU, Dec 30: At a time when Prime Minister Pushpa Kamal Dahal is dilly-dallying in receiving the report of the commission... Read More...