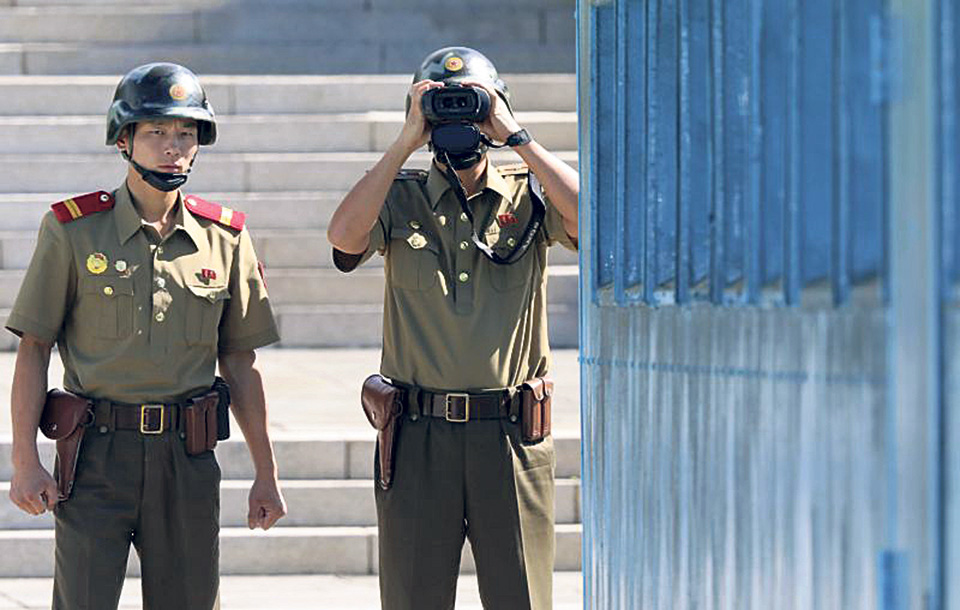 SEOUL, August 27: North Korea fired several rockets into the sea Saturday in the continuation of its rapid nuclear and missile expansion, prompting South Korea to press ahead with military drills involving US troops that have angered Pyongyang.

The US Pacific Command revised its initial assessment that the first and third short-range missiles failed during flight to say they flew about 250 kilometers (155 miles). It said that the second missile appears to have blown up immediately and that none posed threat to the US territory of Guam, which the North had previously warned it would fire missiles toward.

South Korea’s presidential office and military said North Korea fired “several” projectiles in what was presumed as a test of its 300-millimeter rocket artillery system.

Kim Dong-yub, a former South Korean military official who is now an analyst at Seoul’s Institute for Far Eastern Studies, said that South Korean assessment doesn’t necessarily contradict the US evaluation that the launches involved ballistic missiles. North Korea’s large-sized artillery rockets blur the boundaries between artillery systems and ballistic missiles because they create their own thrust and are guided during delivery, Kim said.

The presidential office in Seoul said the US and South Korean militaries will proceed with their ongoing war games “even more thoroughly” in response to the launch. They are the first known missile firings since July, when the North successfully flight tested a pair of intercontinental ballistic missiles that analysts say could reach deep into the US mainland when perfected.