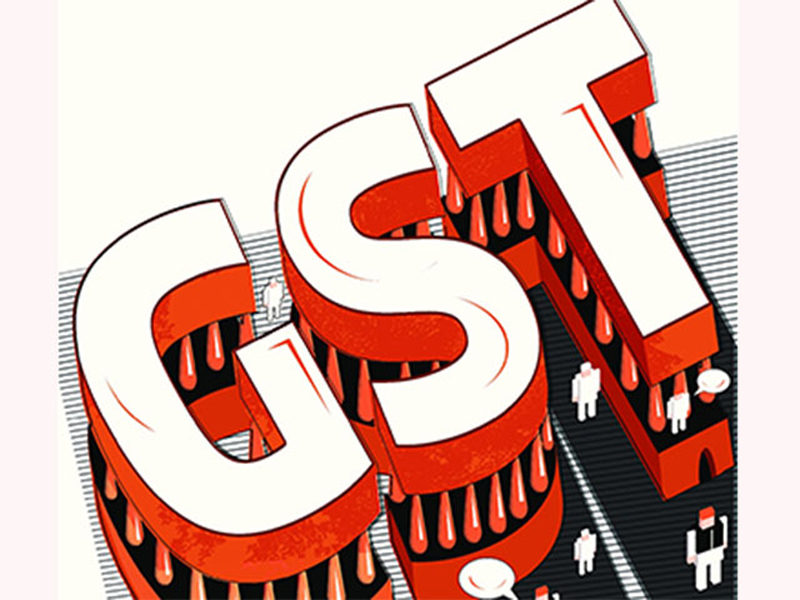 The author is former secretary.
news@myrepublica.com

There are questions regarding how GST will impact Nepali economy. Such concerns are valid as Nepal has special trade relation with India.

India’s tax regime witnessed a paradigm shift on July 1, 2017, when the Government of India rolled out Goods and Services Tax (GST), equivalent to Nepal’s Value Added Tax (VAT) system. GST is India’s most ambitious tax reform initiative since its independence and it incorporates over a dozen central and state taxes that were levied on goods and services earlier.

The GST is implemented as a broad based and multi-stage taxation, keeping in mind federal India as a common market. Features like destination principle, multi-rate, input tax credit and threshold are incorporated in GST. It has replaced many taxes of India’s federal and state governments and has revenue sharing among federal and state governments as common feature. It is an invoice based multi-stage tax with input tax credit facility. Bringing the country under a uniform tax regime, GST is expected to add two percent to India’s GDP.

In Nepal, there are questions regarding how GST will impact Nepali economy. Such concerns are valid as Nepal has special trade relation with India.

We share a common and porous border with India. Traders are wary of GST impact with the change in tax regime. The services that were exempted of tax before have come into new tax ambit. But many goods and services which had higher tax rate before are now put under either low taxation or tax exemption. Besides, the GST is introduced as an invoiced based input tax credit type system. Therefore the tax cascade will go, making cost of doing business much less exorbitant. The hassle of state level multi-rate regime has also been cleared. As GST is a consumption tax, the tax burden will ultimately lie on consumers who use the goods and services.

Benefits of input tax credit can be available to registrant business but not to non-registrant ones. Nepali traders cannot register firms in India for business. That means they cannot benefit from tax credit facility directly. Thus in the initial period of GST implementation, there will certainly be confusions among traders. The first few months could be treacherous and Nepali traders could fall victim of confusion and operational dichotomy.
The impact of GST will be felt on many areas. First, when Indian business goes invoiced based as GST proclaims, non-billing or under invoicing and cash transactions, which are rampant both in Nepal as well as India, are likely to be leveled. In both countries billing at subsequent level of transactions is almost manipulated to evade taxes, both direct and indirect.

If invoice takes root in India through GST, this will reduce manipulation in multi-stage billing in Nepal. In under invoicing, traders manipulate to save income tax payment. The VAT provides credit on input purchases if there is a VAT invoice. In a cash trade, the credit is out of scope. In this situation, once a sell transaction is done based on real invoicing the difference in purchase and sell price will be huge. This results into higher income tax. The traders will therefore temper billing. After all, they have accountants to take care of VAT and income tax issues.

Their main objective is to prepare accounts and file returns which are compatible with under invoiced purchases. Spot billing is missing at the time of purchase. Hence rampant tax evasion and corrupt practices may take root.

The GST will help make tremendous improvement in real invoicing. Nepal conducts 65 percent of its trade with India. As cash transaction is discouraged in India and IT based billing, book keeping, returns, etc are sine qua non for doing business for GST registrants, we can hope for better future. Multi rate, duel threshold, lack of proper training, lack of consumer awareness, and other operational hitches will undermine initial benefits. But there is scope for improvement.

There is a room for manipulation as traders below threshold may channelize trade with cash. Chances are even medium, let alone small and marginal, traders may opt for such business. Today even the big traders rely on cash business and smuggled transactions to sustain. GST will alter this situation. At a time our Inland Revenue Department (IRD) administration has failed to ensure enforcement and compliance, Indian GST would be a boon in disguise for Nepal. Nepali customs, which account for lion’s share of customs and VAT, will experience bizarre effect. Tax collection will definitely enhance.

Second, GST could affect our import and export slightly. Import and export to third countries will have to bear additional burden of services which are subject to GST. If transit treaty provides relief from taxes there is nothing to worry. If it does not, the extra cost will have to be squeezed in trader’s margin to remain competitive. Import from India should be cheaper now as zero rating and non-cascading effect will accrue to importers.

GST may raise the cost of services but there are benefits of rate reductions, which can mitigate the extra tax burden. Cost of Indian import may come down. As export from Nepal to India will be regulated under trade treaty, GST won’t be any impediment. Nepal’s competitive edge will have to be ensured now for many exportable items as their prices across the border have become cheaper due to rate reduction and removal of inter-state tax levy by GST.

Third, cross border shopping will be affected. Those who go for shopping across the border may be delighted for daily goods will be cheaper in India and as their GST rate has been reduced and state level taxes removed. However, some items are subject to higher GST rate.

As GST is a consumption tax, Nepali shoppers in Indian market will have to bear extra burden inadvertently. We need to consider exchange rate between Nepal and India as well. GST in India applies 5, 12, 18, and 28 percent rates. Non-merit goods like liquor, cigarettes are under 28 percent rate. Barring essential goods, many goods are subject to 18 and 12 percent rates. Our VAT rate is 13 percent. GST tax burden in India is therefore higher than in Nepal.

How GST will affect Nepal’s trade and economy will be become clear in next few months.

As modalities will crystallize, its true benefits and burdens will also come into surface.

The author is former secretary.