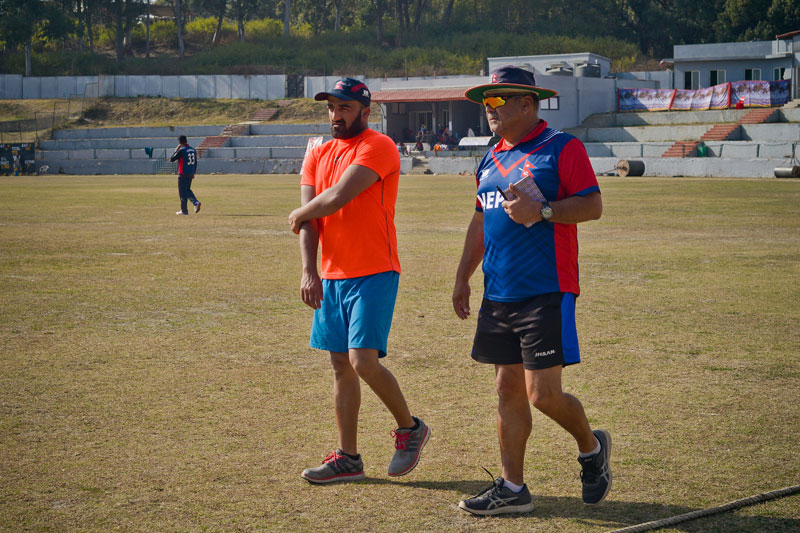 KATHMANDU, Feb 9: The National Team Selection Committee of Nepal has called 24 players for training camp of the national cricket team for its ICC World Cricket League fifth round matches against Kenya. The training camp will begin from Sunday.

The 50-over matches against Kenya will be played on March 11 and 13 at TU grounds, Kirtipur. The selection committee headed by ICC representative Venkatapathi Raju which also comprises Nepali national team head coach Jagat Tamata and skipper Paras Khadka as members picked the players. The players were picked on the basis of their performance in the Super League event held from January 19 to 24 at TU grounds, Kirtipur. The final list of 14 players will be announced shortly before the clash against Kenya.

After playing four rounds (eight matches) in the cricket league, Nepal stands sixth in the standings with six points in the eight-team contest. Nepal had defeated Namibia in both matches played at the TU grounds while lost one and won one in its away matchs against the Netherlands. Similarly, Nepal faced defeats in both legs against Scotland and Papua New Guinea.

Kenya is one spot ahead of Nepal in the standings with eight points. Kenya has won four and lost as many matches.

The tournament being played in double round-robin format features eight teams. The top four finishers at the end of the contest will earn ticket for the 2019 ICC World Cup Qualifiers.

KATHMANDU, March 13: In a historic match, Nepal defeated Kenya by 7 wickets on Monday at the ICC World Cricket... Read More...