CIAA seeks Rs 10b from Sharma 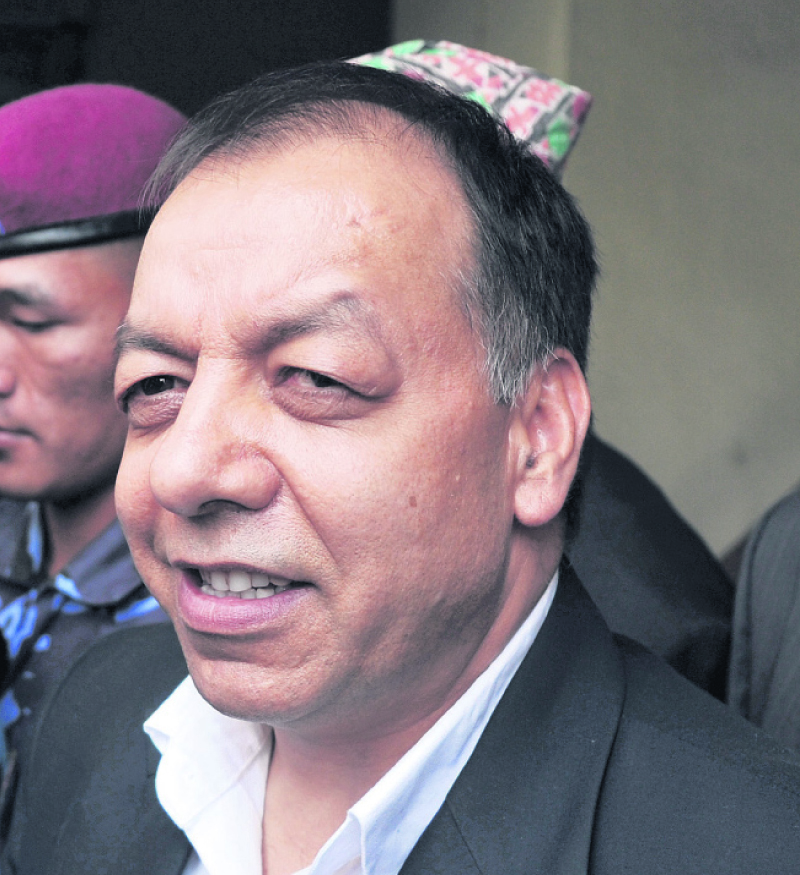 KATHMANDU, July 16: The Commission for the Investigation of Abuse of Authority on Sunday filed a corruption case against suspended chief of Inland Revenue Department, Chudamani Sharma, and two other officials of the Tax Settlement Commission.

Along with Sharma, the commission’s chief Lumbdhwaj Mahat and member Umesh Prasad Dhakal have been dragged to the Special Court on charge of waiving taxes of both individuals and companies including those whose cases were sub judice at the court.

The anti-corruption watchdog in its charge sheet has claimed that Rs 10.02 billion be recovered from each accused.  This is the biggest ever corruption scandal in terms of amount misused by the public officials.

Suspended IRD chief Sharma is in CIAA custody. Two other accused- Mahat and Dhakal - are at large. The police have not been able to arrest them although an arrest warrant has been issued against the accused.

Sharma was arrested on June 2 on charge of waiving taxes while fixing the tax liabilities of large industrial entities. Sharma and the two TSC office-bearers have been accused of whittling down tax liabilities of Rs 30.52 billion to Rs 9.54 billion for purportedly resolving disputed tax cases.

The accused have been arguing that they have done nothing wrong in settling the tax cases but worked in accordance with the mandate given to the TSC which was formed by the then finance minister Ram Sharan Mahat.

The charge sheet filed at the Special Court however has not mentioned anything regarding the minister’s involvement in this multi-billion scam.  “So far, we investigated into the activities of the commission but we cannot investigate into the commission since it was formed by the Cabinet,” said CIAA Spokesperson Jib Raj Koirala, adding, “Only the court can interfere into this.”

As per the anti-corruption laws, decisions made by the Cabinet don’t fall under the CIAA’s jurisdiction.

KATHMANDU, Jan 29: The Commission for the Investigation of Abuse of Authority (CIAA) is preparing to file another corruption case against... Read More...

I do not have desire to cling onto power: Outgoing Minister Shrestha
4 minutes ago

Govt has not barred BFIs from accepting land as collateral: Minister Shrestha
11 minutes ago

NAC to revise its 10-year business plan
44 minutes ago