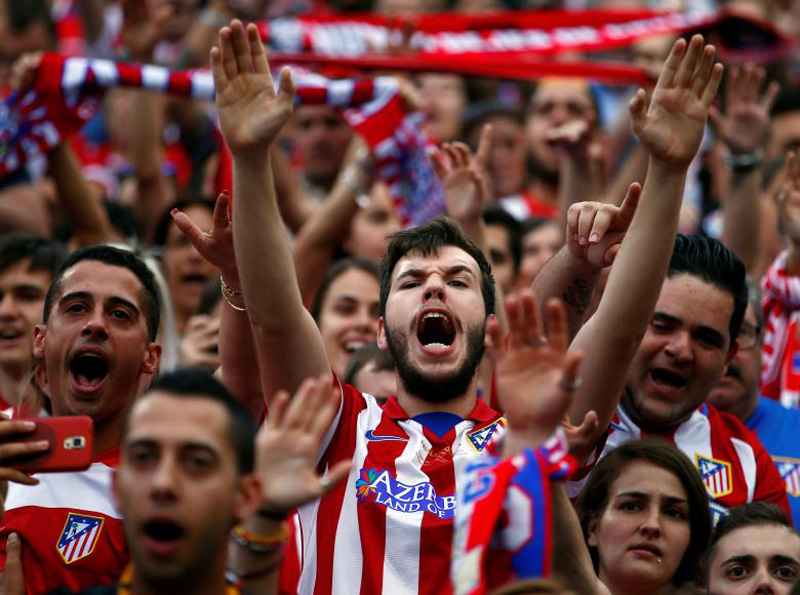 Atletico Madrid complained of discriminatory treatment and a lack of respect by the Court of Arbitration for Sport (CAS) after their appeal against a transfer ban for signing minors was rejected on Thursday.

The La Liga club said in a statement that CAS had reduced their January 2016 FIFA-imposed fine of 900,000 Swiss Francs (£723,125) to 550,000 but had upheld a two-window transfer ban, prohibiting them from registering players bought this summer.

Real Madrid were also banned from signing players for two transfer windows at the same time and given a smaller fine of 360,000 Swiss Francs, although the length of their ban was reduced last December to one window.

"We believe the decision to maintain the prohibition of registering players in the summer of 2017 shows preferential and discriminatory treatment to our club as recently in a similar case the sanction was partially lifted," the statement said.

"This ruling is unfair and causes an irreparable damage to our club... This shows a lack of respect for our institution.

"We want to reiterate that we have been penalised despite strictly complying with Spanish legislation, as we have always processed all our licenses with Madrid's Football Federation, as the Sports Law indicates."

Atletico finished third in La Liga last season, 15 points adrift of Real Madrid, and risk falling further behind the champions and Barcelona next season as Spain's two biggest clubs are expected to spend big on renovating their squads.

The decision could also affect the future of striker Antoine Griezmann, the subject of frequent speculation linking him with a move to Manchester United, who could snap up the France international by triggering his 100 million euro (£87.4 million) release clause.

FIFA, who also banned Barcelona from registering players for two transfer windows in 2014 for a similar misdemeanour, welcomed the upholding of the transfer ban.

"With this decision, FIFA considers that CAS has shown once again clear and strong support for FIFA's efforts to protect underage players," a statement from world soccer's governing body said.

"The protection of minors is one of the key pillars of FIFA... one of the objectives of FIFA is to improve the game of football constantly and promote it globally in the light of its unifying, educational, cultural and humanitarian values, particularly through youth and development programmes.

"As a result, FIFA has put in place a clear regulatory framework that enables it to ensure the protection of minors.

KATHMANDU, Nov 21: The Supreme Court on Monday stayed a government decision to ban the distribution of analog-based cable television. The... Read More...