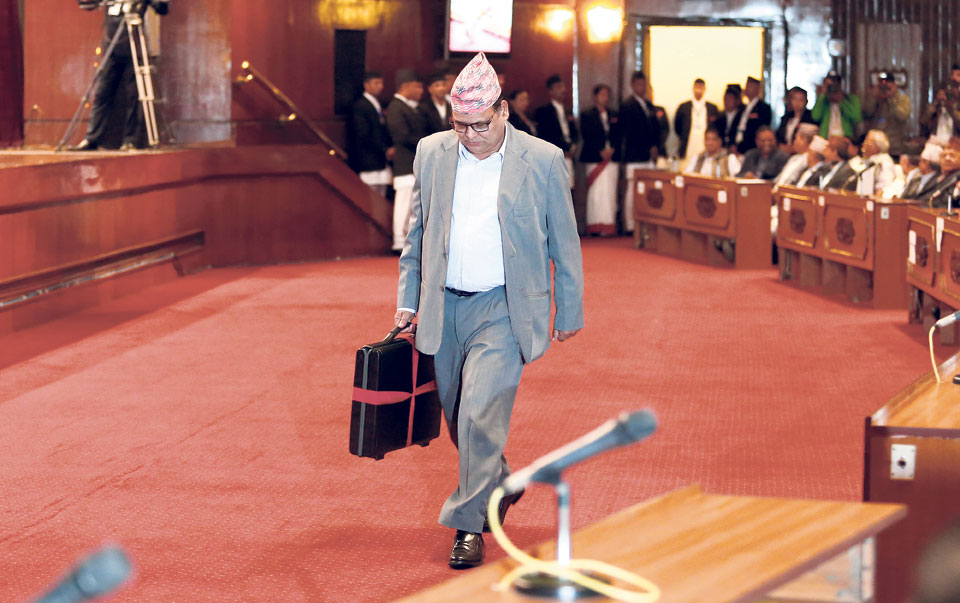 KATHMANDU, May 30: Amid concerns that the revenue collection target for the coming Fiscal Year 2017/18 is too high and ambitious, officials of the Ministry of Finance (MoF) have claimed that the target is gettable.

Speaking at a press meet held at the Ministry of Finance on Tuesday, Revenue Secretary Rajan Khanal said the target of increasing revenue collection by 29 percent compared to the current fiscal year 2016/17 without increasing tax rates can be attained. “We have introduced some interventional measures for tax collection. Though we did not have the luxury to increase tax rates, we have plans to expand tax base by bringing more taxpayers into the tax net through measures like e-payment and identity cards,” Khanal added.

The government has made the upward revision of the revenue target for the current fiscal year to Rs 580 billion.

“Revenue collection is generally higher by 22 percent to 24 percent than the target. At one point, we have also overshot the target by 33 percent,” said Khanal.

Khanal further added that the government has not increased tax rates in the past four-five years except for alcoholic and tobacco products. “Instead, we are reducing the rates of custom in line with our commitment made on SAAFTA, BIMSTEC, WTO and other forums. Despite this, our collection is 25-26 percent higher than the target,” he added.

He also said that favorable monsoon, end of load-shedding and increased infrastructure budget, including reconstruction works, and allocation for local units will help to spur big investments and spending in the country which would eventually boost the government treasury through various taxes. “We are also planning to have two elections in the coming fiscal year which also increases spending and revenue for the government,” he added.

While there has not been any major increment in tax rate, the government decided to increase excise duty on alcoholic and tobacco products by 8 to 10 percent.