The awakening of LGBTIs 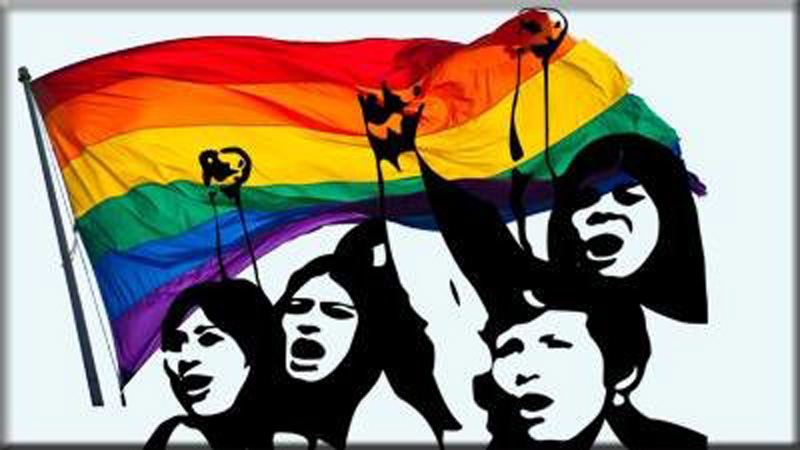 KATHMANDU, May 5: Centuries have elapsed since the era of human civilization witnessed a journey this far. From sticks and stones to arms and ammunitions, we have celebrated victories, revolved around the vicious circle of war and peace, stepped on the moon, cultivated every bit of conscience to adapt with the circumstance. Moreover, the introduction to human rights was a landmark in history which paved our way to inviting equality for every human. It was the emergence of human rights that further advocated for the rights of one of the minority groups, the LGBTIs.

LGBTI is the initial umbrella term that denotes Lesbian, Gay, Bisexual, Trans and Intersex. Since the inception of human kind, there have been numerous evidential traces of homosexuality from the ancient periods which have been recorded in prints, been criticized and discussed and researched upon. Evidences from Common Era (50 BC) suggest the presence of sexual minority since the very primitive ages in both the eastern and western culture, yet it remained more of a sexuality that was hardly a matter of discussion. Although sexual minorities have existed in almost all cultures, it carries a history being tied up with debates relating to tolerance or defiance and though surviving throughout the transitional phases.

With the issues on sexual minorities being gradually mainstreamed across the globe in the recent decades, Nepal has shown a progressive approach towards LGBTI issues.

Provided with the rights to equality, social justice, citizenship with identity of gender and the access to state process and public services for gender and sexual minorities, Nepal’s current LGBTI laws are among the most open and inclusive in South Asia.

LGBTI issues took a flight in context of Nepal following the establishment of Blue Diamond Society in 2001. The first openly gay politician and founder of Blue Diamond Society, Sunil Babu Pant after being awarded the ‘Utopia Award’, Asia’s leading GLBT honor in 2005 brought remarkable hope for LGBTI issues. In 2007 the Supreme Court issued a final judgment which permitted same-sex couples to marry. Likewise, in 2011, Nepal added a third gender category to issue citizenship and passport that introduced an ‘O’ for ‘other’ option in the gender category.

Regarding the case, Rajani Shahi v. National Women’s Commission, the Supreme Court rendered a verdict in favor of a lesbian couple allowing Rajani Shahi to live with her partner Prem Kumari Nepali as she wished, rather than with her husband. Moreover, the constitution of 2015 has confirmed several provisions in Article 12, 18(3) and 42(1) assuring the rights of LGBT people.

“There were times when I was strongly hesitant to walk outdoors or express my sexual identity whereas at this day I believe we are in the growing phase to do away with homophobia” says LGBTI activist and transgender Bhumika Shrestha who is also the event manager of Blue Diamond Society and the first transgender in the history of Nepal to travel abroad with a passport that formally marks her as a transgender.  Likewise, Esan Regmi, an intersex and LGBTI activist says “Although we have come this far, the rest of the struggle can only come to an end when each of us come out of our stereotypical thoughts becoming fully aware of the LGBTI issue.”

Among the non straight people, the plight of gays and lesbians is a bit more challenging. “Despite making every effort to fight with the stereotypical dogmas that society has constructed, the saddening fact is that we (Lesbians and Gay people) are questioned to prove our sexual orientation. Since, our physical attributes have nothing to do with our sexual orientation; it awfully gets difficult to make others know how we actually feel” avers gay activist Bishwaraj Adhikari who won the title ‘Mr. Gay Handsome 2013.’

Many activists and queer theorists have placed their arguments defining individual’s sexuality as a fluid, fragmented, dynamic collectivity of possible sexualities. Eve Kosofsky Sedgwick in her book ‘Epistemology of the Closet’ argues that the definition of one’s sexuality might be based on one’s preference for particular acts, sensations, or physical types.

With the tune of time, the sexual minorities across the globe have been mainstreamed to diverse positions where they have proved themselves to be equally competent to effectively carry out their works. Nepal as state has adopted a progressive approach towards the LGBTI issues ensuring the protection and rights by law however, it is through the pragmatic efforts that should mitigate the differences through our cordial behavior.

The significant movements in the history of LGBTIs

2400 BC: ‘Khnumhotep’ and ‘Niankhkhnum’ (ancient Egyptian royal servants) are believed to be the first recorded same-sex couples in history.

1836 AD: The last recorded execution for homosexuality to James Pratt and John Smith, (England) who were hanged after being caught together in private lodgings.

1969 AD: The Stonewall riots marked as the important event that led to gay liberation movement and advocated for LGBT rights in United States.

1990 AD: WHO stated, “Homosexuality is no longer an illness”

2005 AD: The parliament of Canada becomes the first country in Americas to legalize same-sex marriage.

2017 AD: Denmark became the first country in the world to officially remove transgender identities from its list of mental health disorders.

Mao once said a revolution is not a dinner party, or writing an essay, or painting a picture or doing... Read More...

In Pictures: Protest against Citizenship Bill
40 minutes ago