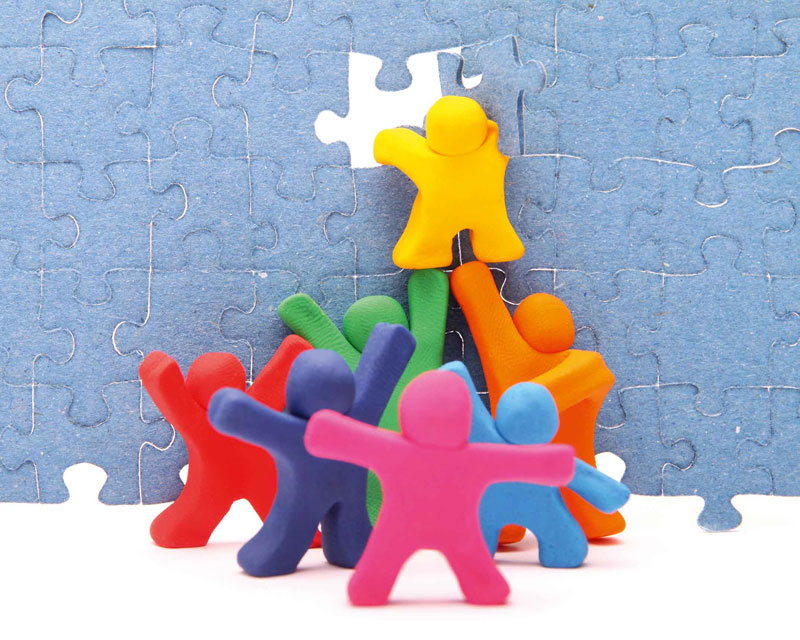 Just as donors have pooled their strengths to establish Governance Facility, a similar Facility can be built to support NGOs committed to fight exclusion
Creating an enabling environment for people’s holistic development is not an easy task especially when entrenched inequalities shape power relations among different groups. These inequalities deprive many of them their sense of agency, which is the bedrock for a dignified and prosperous life.

But thanks to the political changes of the past decade, Nepal, which has seen centuries of social exclusion and marginalization of certain groups, is moving to a more inclusive citizenry.

In this connection, a push towards Gender Equality and Social Inclusion (commonly referred in developmental jargon by its acronym, GESI) has become imperative in the development sector.

Imperative because of the deep and structured forms of exclusion still prevailing in Nepal; at the same time, it is also a highly complex approach.

The new constitution offers an overarching framework to create a level playing field where every citizen can take full part in the development process of the country. It also recognizes the urgency to support “left behind” segments that have historical grievances. Hence policy measures are taking shape to address the unjust and unbalanced power relations among different groups.

For example, in addition to several policies that are being implemented by different line ministries, the Ministry of Women, Children and Social Welfare is working on a new Gender Equality Policy that will be used by all ministries. Also, the International Development Partners Group, which represents all the major foreign development agencies and INGOs, has recently launched its A Common Framework for Gender Equality and Social Inclusion. The framework aims to ensure the impact of development works is felt by the most vulnerable and excluded groups.

The framework offers a blueprint to address the complexities of power relations among citizens of Nepal. While it is not a panacea, it is undoubtedly a milestone in terms of better understanding the scope and extent of any GESI work and its target groups, while also offering some guidance on effective actions on the ground.

But the document is not an end of the process but rather just the beginning. It is particularly important because of the frankness and honesty with which it has been written. Indeed, while we use terms like “excluded” and “vulnerable” interchangeably when talking about social inclusion, an attentive GESI analysis will make distinctions between the two—and this is no easy task.

The new constitution confers ‘Right to Equality’ on some segments and the ‘Right to Social Justice’ to others, and sometimes the two overlap. For example while Dalits and Indigenous Groups have rights under both the categories, others like senior citizens are entitled to only economic rights under the Right to Equality.

The framework, drawing on different sources and based on a detailed comparative analysis, highlights the existing gaps but also the commonalities on the complex topic of social inclusion, in an attempt to analyze the deep and entrenched causes that perpetuate social and economic vulnerability and exclusion.

It highlights a clear link between dominant groups and their influence on the institutions but also the role the same institutions play in shaping people’s mindsets and attitudes. There is a unanimity that change will happen when there is a broad set of interventions to address the unique economic needs of excluded or vulnerable groups; together with comprehensive reforms in legislation to empower the disadvantaged groups and bring attitudinal changes in dominant groups.

In short we need to improve people’s access to livelihood opportunities, increase the voice and influence of marginalized groups and support inclusive policies that can change entrenched mindsets. The timing is crucial as the Parliament is about to discuss the Inclusion Commission bill and is in the process of creation of the constitutionally-mandated new commissions to support special needs of certain excluded/vulnerable groups.

Yet there is a risk of creating toothless structures that won’t bring any tangible improvement in the lives of their supposed beneficiaries. Moreover, when we talk of social inclusion and gender equality, we should discuss the specifics of each group. But at the same time if we want to build an inclusive society, we need a common approach too. Again, getting the balance right is not easy.

One risk is underestimating the so-called “intersectionality” that defines the different layers constituting one person‘s identity. As defined in the framework, this “may confer either negative or positive status and may either block or open access to resources and power in a particular society”.

Whether a citizen of Nepal is denied a rent because of her family name or whether a person living with disabilities is discriminated while applying for a job, we need a strong “central command” to fight these cases of discrimination, exclusion and vulnerability. We need effective mechanisms to address grievances related to discrimination and practical ways for the aggrieved communities to lodge their complaints when they feel certain rights are being denied to them because of old cultural and societal norms.

No one should underestimate the challenge of tackling deep but often unconscious bias and perceptions. Massive awareness at all the levels of the society starting from the school is what is needed. The fact that our donors feel the need to together to deal with GESI issues is great news can make the State take stronger actions to ensure greater inclusion.

As in the case of good governance where key donor countries pool their strengths in establishing a (Good) Governance Facility, a similar GESI Facility could be set up to provide technical support to local NGOs and INGOs committed to fight exclusion and vulnerabilities. Such a facility will also create more opportunities for dialogue among stakeholders.

This GESI Facility could support the establishment of a loose network of activists and actors working in the sector, something that could be called Social Inclusion Forum where different marginalized groups come together to share their best practices and forge new approaches.

Considering their huge social and economic impact, it will be important to engage representatives of the corporate sector in this Facility as well. The Facility could offer seed funding to the most promising ideas that have the power to create systematic changes with the ultimate goal of building a just and equitable society.

The author is Co-Founder of ENGAGE, an NGO working with persons living with disabilities

Deuba urges CM Poudel not to shift capital of province 3

KATHMANDU, Feb 10 - Prime Minister Pushpa Kamal Dahal has suggested that the Commission for the Investigation of Abuse of... Read More...

Energy use in homes to see a major shift by 2030: Report

KATHMANDU, July 24: Electricity will have dominant share in Nepali households by 2030, according to energy demand forecast study conducted... Read More...

Let's not overshadow the issues that Prem Archaya tried to raise: Dr Toshima Karki
39 minutes ago