MOONLIGHT: A raw portrayal of struggles of LGBTQ individual 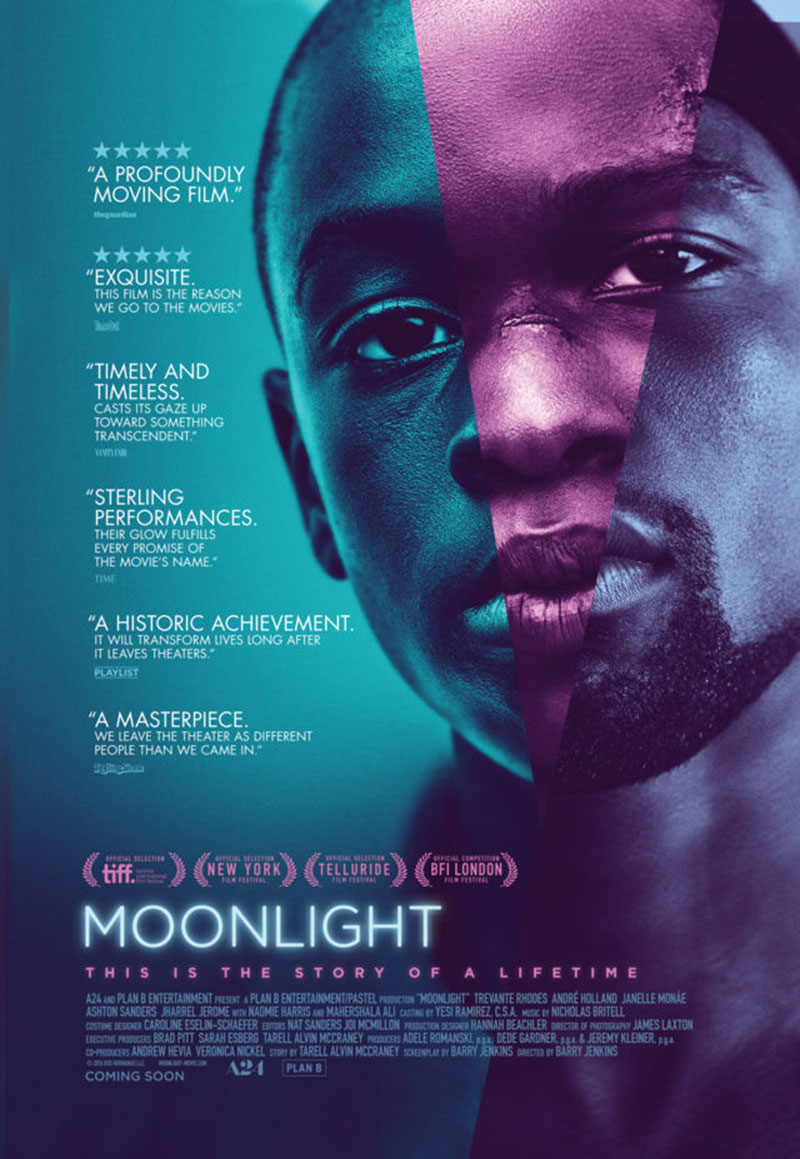 Moonlight, based on the play In Moonlight Black Boys Look Blue by Tarell Alvin McCraney and directed and written by Barry Jenkins, won ‘Best Picture’ among many awards this year’s Oscars.

Moonlight is not like any other coming-of-age film. It portrays the tenderness centered around African-American men that we rarely see in films.

The movie opens with a sensitive child named Chiron (played by Alex Hibbert) who is a victim of bullying in a tough neighborhood until his encounter with a man named Juan (played by Mahershala Ali), a drug dealer who acts something of Chiron’s father figure.

Juan doesn’t expect anything back from Chiron, and along with his partner Teresa (played by Janelle Monae), nurtures and guides him through his dark times.

The first part of the film captures the innocence of childhood, where we see Chiron being neglected by a drug-addicted mother who rants her problems to him.

His mother is constantly worried about the fact that his son is destined to be a delinquent, which greatly affects Chiron’s perception about himself. We see how he is forced to grow up too fast -- to learn how to take care of himself.

The second part of the film is about how, as a teen, Chiron (played by Aston Sanders) has struggles gripping with his homosexuality in an already hostile environment, where he meets his first love Kevin (played by Jharrel Jerome), who introduces him something other than aggressive behavior but to a fantasy that he can accept his sexuality and become his true self.

By this point of the movie, we understand that how setting can affect a person’s psyche, and limits his/her reach to become a better person.

During the third part, we’re kind of taken aback by how he turns out as an adult. Once a frail child, Chiron grows up to having a muscular body, armored with gold accessories. We see how he projects an image for himself, by repressing his young self that allows him to live peacefully, while in the meantime denying himself of the opportunity to live the way he actually wants to.

Moonlight taps into something that everyone can relate to: That we’re different people in different stages in our lives; that everything is fluid. The movie encapsulates masculinity in the modern world -- how society didn’t allow Chiron to be himself, and how he overcame that and transformed into his authentic self. Barry Jenkins does a great job showing that a drug dealer can be benevolent, and how a homosexual man can find love in a hostile environment.

The story of Moonlight presents something very different from our expectations. It avoids the cliches of African-American life: Sounds of hip hop music drifting in the background and guns, but goes further to show something vulnerable and humane.

Fighting for a sense of belonging

A simple Google search on the most LGBTQ+ friendly countries in Asia lists Nepal among the top ten. And it... Read More...

School for disabled struggles to continue

ARGHAKHACHI, April 5: They have various difficulties and disabilities: Some with talking, some with walking, and some with perceiving and so... Read More...