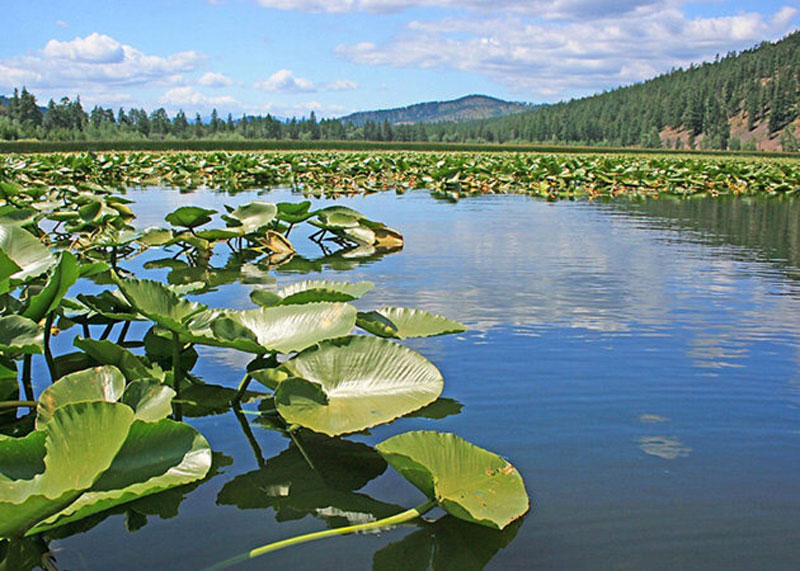 Destruction of freshwater ecosystem has led to as much as 81 percent decline in population of some species
Freshwater ecosystem including both lentic (still water) and lotic (flowing water) are critical habitats for many species. Occupying only 0.8 percent of earth surface, freshwater habitats support 10 percent of all known species and are hotspots for biodiversity. They provide numerous goods and services to mankind as well.

Freshwaters provide clean water and supports vegetation and wildlife. They also prevent and regulate flooding and sedimentation and help with nutrition retention. Likewise, they are excellent sites for religious and cultural tourism from which country like Nepal can generate huge revenues.

One reason behind degradation of freshwater ecosystem is ignorance of its significance and our haphazard infrastructure planning. Although investments in water resource infrastructures are essential for economic development of the country, it is equally important to ensure that big infrastructures like dams for hydropower and irrigation and roads that go through fragile hills and mountains do not hamper freshwater ecosystem. If these development projects are poorly planned, the livelihoods of river-dependent communities living in the downstream can also be affected.

To conserve freshwater ecosystem, environmental flow (eflow) assessment identifies the right quality, quantity and timing of water flows in the downstream of the dam. Clause 6.1.1 of Nepal Hydropower Development Policy 2001 states that hydropower operators must release at least 10 percent of minimum monthly average discharge of the river as eflow. But if environmental impact assessment (EIA) identifies higher quantum, the operator is obliged to release more water downstream.

Although some argue that 10 percent flow is inadequate to conserve freshwater biodiversity, most hydropower operators are not releasing even 10 percent.

WWF Nepal in coordination with Kathmandu University has been assessing eflow, incorporating all the important dimensions of freshwater ecosystem in Gandaki River. With the results expected in July 2017, WWF hopes to convey the significance of incorporating flows in national water resources policies and guidelines and encourage the same while developing water-related infrastructures.

In the context of climate change, changing river flow and Nepal moving to a federal state, focus on eflow is even more important to prevent disputes over water resources among upper- and lower-riparian federal states. Conflicts due to water resources are inevitable if the government is not pro-active in river basin planning and management.

Though maintaining eflow is basic requirement for conserving freshwater ecosystem, construction of friendly passes for migratory aquatic species is important too. No dam in Nepal provides enough aquatic species-friendly passage for migratory species, ultimately fragmenting large populations into small populace that are unviable. For instance, Gharial that is released from Chitwan over a dam cannot return upstream, essentially letting them off to India.

Not only Gharial but Dolphin, Mahseer and other fish species are also adversely affected by not having a proper fish passage or bypass channel while constructing dams. Section 5B of 1st amendment of Aquatic Animal Protection Act-1960 argues for the construction of fish ladder when building dykes for electricity, water supply and irrigation. But implementation is limited.

A recent practice in farming seen in the floodplain of Mohana River may help with the livelihood of some people but have detrimental effect on many freshwater species.

Identifying high value river stretches and designating some rivers as ‘free-flowing’ or ‘wild’ is another promising option. The United States, Canada, Australia and India have already started designating rivers for protection. Interestingly, Whanganui River in New Zealand has been granted same legal rights as a human being.

Considering the new water infrastructures in Nepal that can alter water flows in rivers irreversibly, it is high time to work to identify and designate free-flowing and wild rivers so that at least a few rivers and river stretches can be dedicated to conserving aquatic biodiversity and recreational use.

Implementing these concepts is challenging especially due to the absence of responsible government body for freshwater ecosystem conservation. There are several ministries with strong stakes in water, but their focus is on water use rather than conservation. Unfortunately, the only apex body to deal with water-related issue, the Water and Energy Commission Secretariat (WECS), lacks a clear-cut mandate and legal backstopping to implement interventions.

If freshwater ecosystems are constantly under-emphasized, the economic, environmental, and socio-cultural losses due to degradation of freshwater resources will be enormous and hard to reverse.

To achieve this, the agency has prioritized three major interventions: a) conservation and restoration of freshwater habitats and species, and enhancement of related ecosystem services, b) improvement of water governance and c) creation of enabling environment for policy formulation, revision and implementation for integrated river basin management and freshwater ecosystem conservation. These activities will not see the light of the day without the support of the government, our development partners and local communities.

An interesting thing about the temple is that the jaladhar of the Shivalinga faces east whereas almost all jaladhars in other... Read More...

Historic ponds and resting pedestals in state of neglect