KATHMANDU, March 5: The term “dust” has become a common term among the inhabitants of Kathmandu  valley as if it were popular. Post-earthquake reconstruction activities, road expansion and the expansion of water pipes for the completion of Melamchi Drinking Water project are the main causes of dust that infests Kathmandu.

The high level of dust the inhabitants of Kathmandu Valley are suffering from, which could have been at least alleviated through proper planning, is mainly attributable to the lack of co-ordination among the concerned government authorities.

The latest statistics reveals that  the number of patients suffering from respiratory disease is on the increase.

The number of road accidents has increased due to the slippery road caused by wet dust, Superintendent of Police at  Metropolitan Traffic Police Lokendra Malla has said.

Experts say that the protective covers used as dust protector such as masks sold in the common market at a cheaper price are not good enough to prevent infinitesimal dust particles from passing through.  The masks made according to medical standards, which cost Rs. 3, 000 are not affordable for the majority of people. 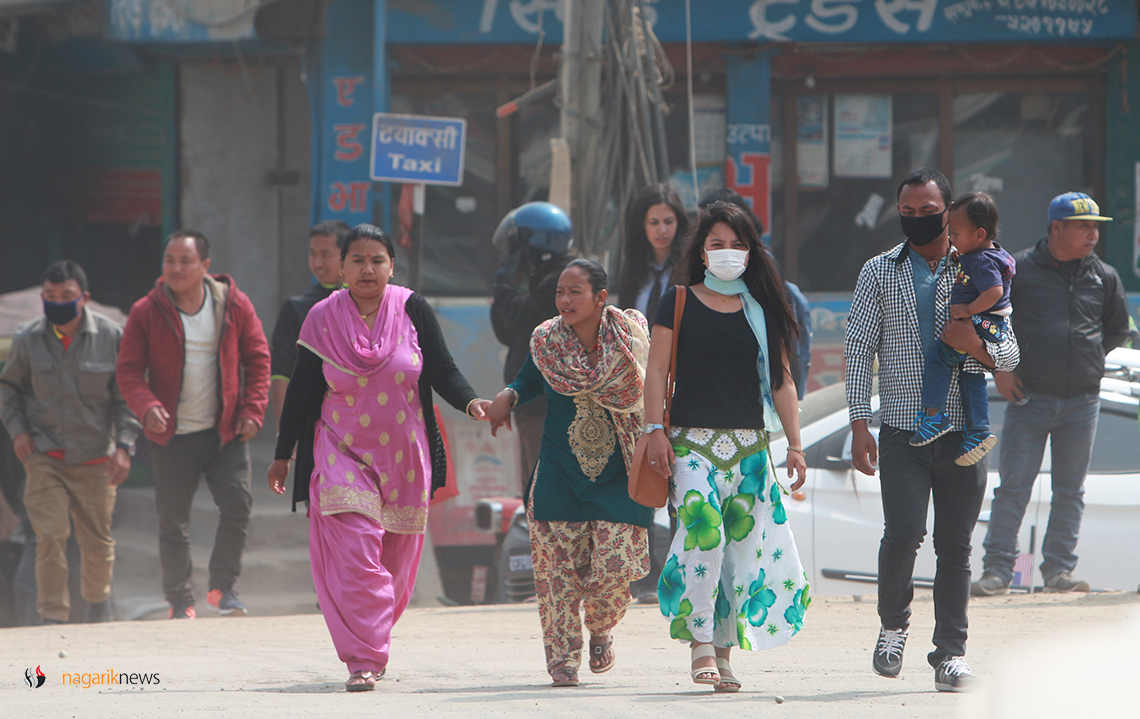 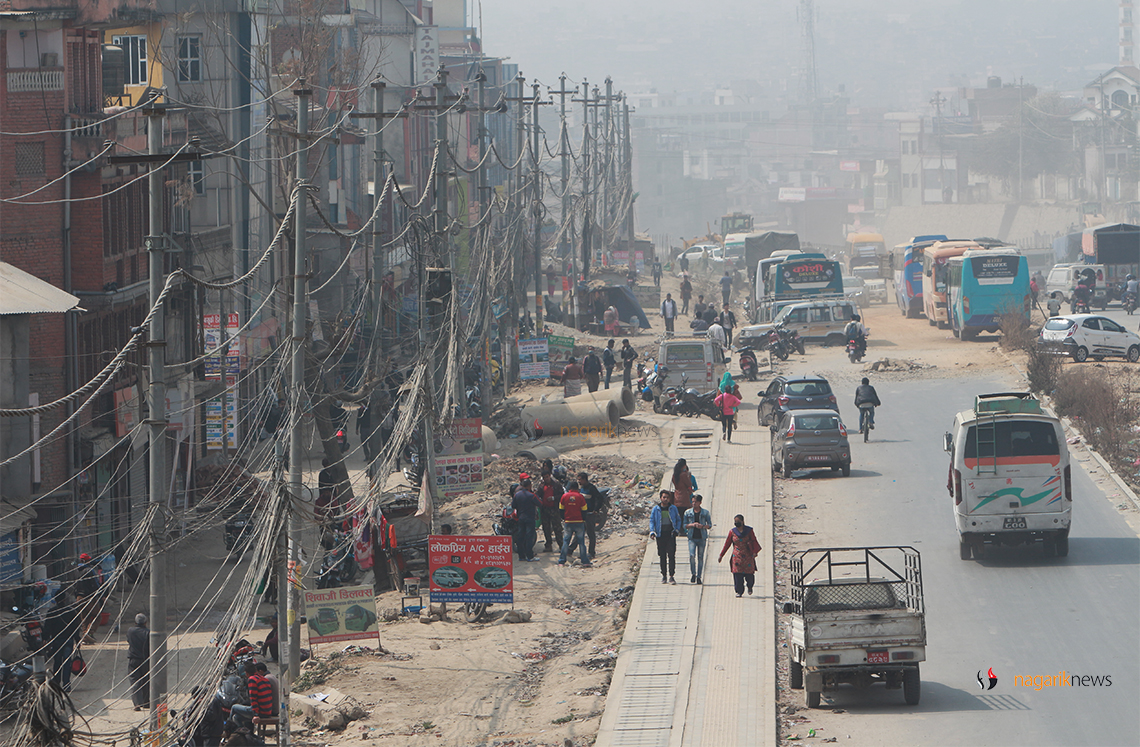 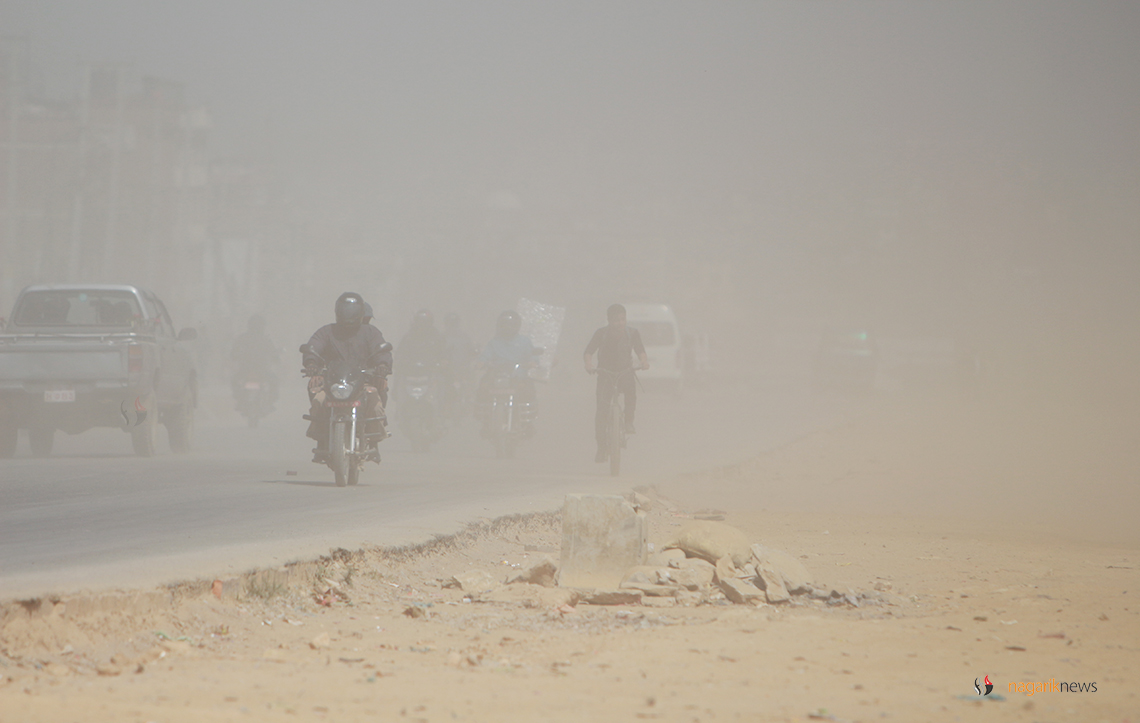 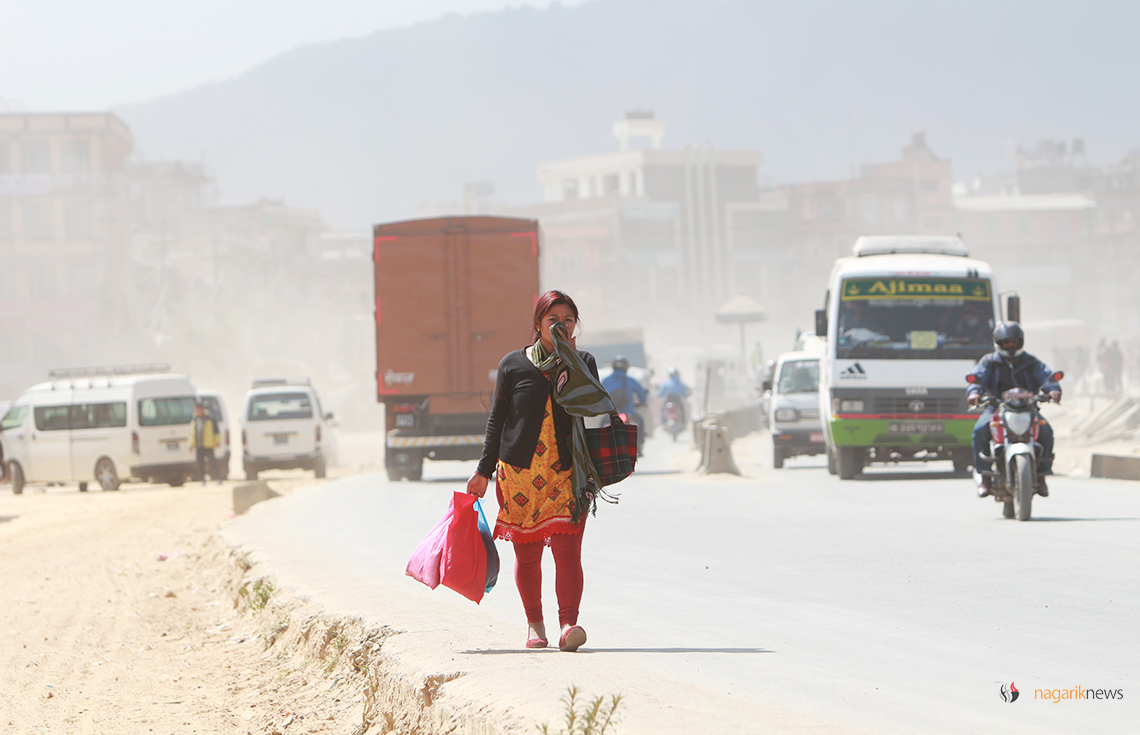 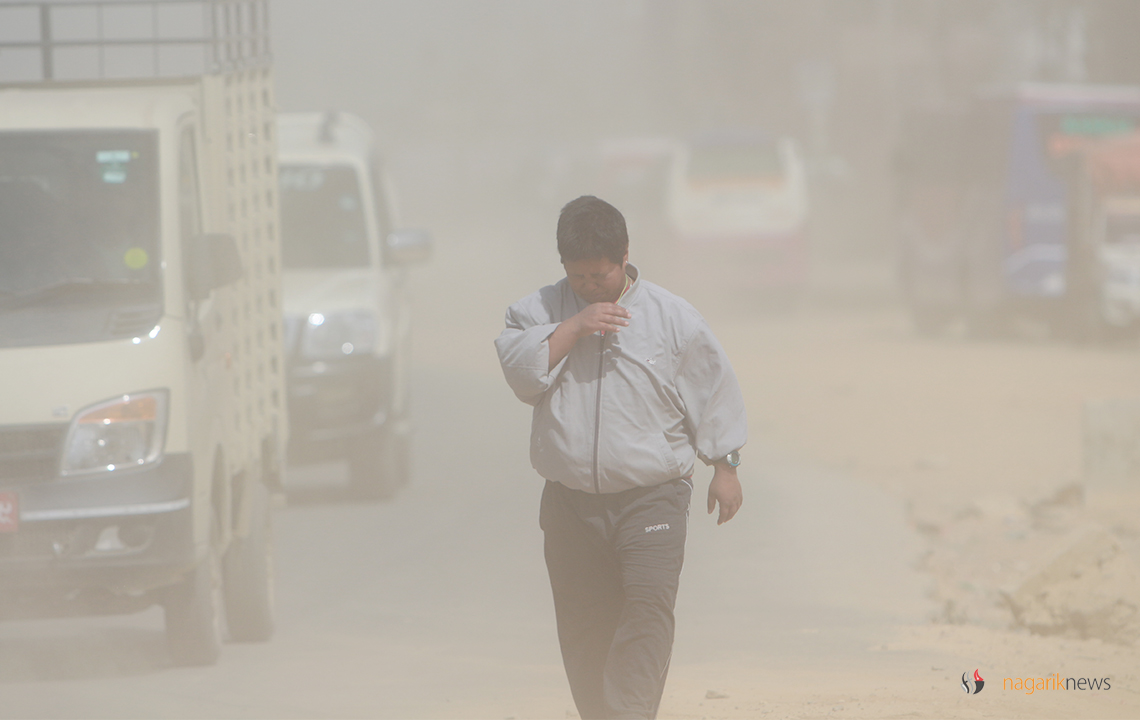 Not the temples, nor the monasteries, palaces or even the historical architecture – it’s the all-permeating dust that has come... Read More...

Kathmandu to be made smoke and dust free