150 families out of contact as swollen Saptakosi swamps Saptari 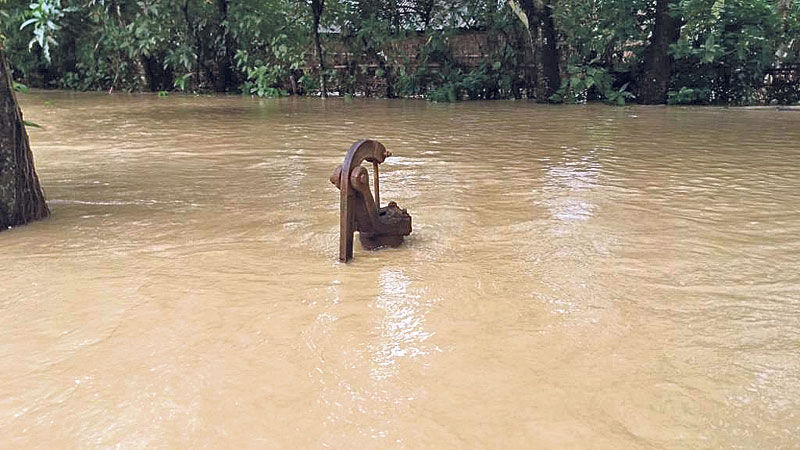 RAJBIRAJ, July 25:  Around 150 families of Gobargadha VDC have gone out of contact for the last two days after the swollen Saptakoshi River inundated the VDC in Saptari district.

"We have not been able to send police personnel since the village has been swamped by the overflowing Saptakoshi River from all sides," said SP Bhim Dhakal, Chief of District Police Office, Saptari.

Gobargadha VDC is often waterlogged when the water level in the Saptakoshi River crosses 200,000 cusecs, said social activist Sanjaya Yadav. “I have not been to the village since one week, I am in Rajbiraj now, he said. I have not been able to contact the village, either.”

SP said he has directed Hanumannagar Area Police Office to contact the locals in Gobargadha VDC and do the needful, “The locals have the number of the police. They can also contact them when they are in trouble.”

However, in the last two days, the police have not been able to contact them nor have they received any calls from the locals. There are around 400 households in Gobargadha VDC which is also known as an island in Saptari district. It is 12 km to the south-east of Rajbiraj.

Most of the houses in the district have been inundated. Villagers cannot come out of their houses, let alone cooking and feeding children.

“There is three-foot-deep water in my house. How can I prepare food? Family members are not able to come out of the house. Children are without food for the last two days,” lamented Rajesh Mandal of Tilathi-2.

The flood victims are running out of drinking water as the  tube-wells have been submerged in water.

The flood has affected around 4,000 families in the 18 VDCs of the Saptari district. 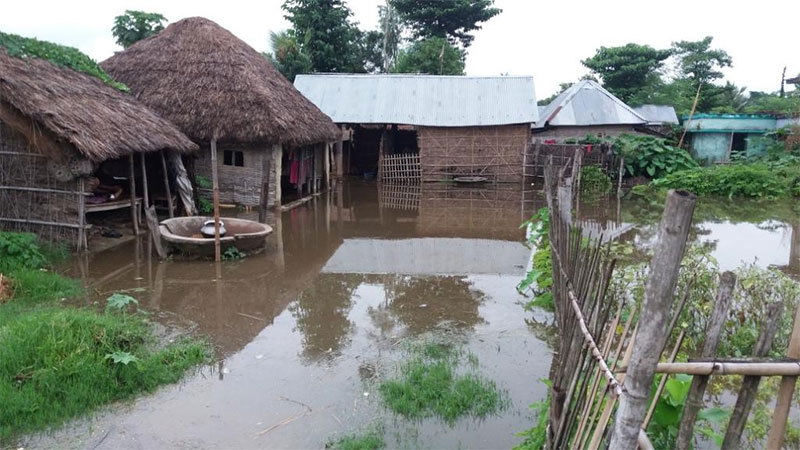 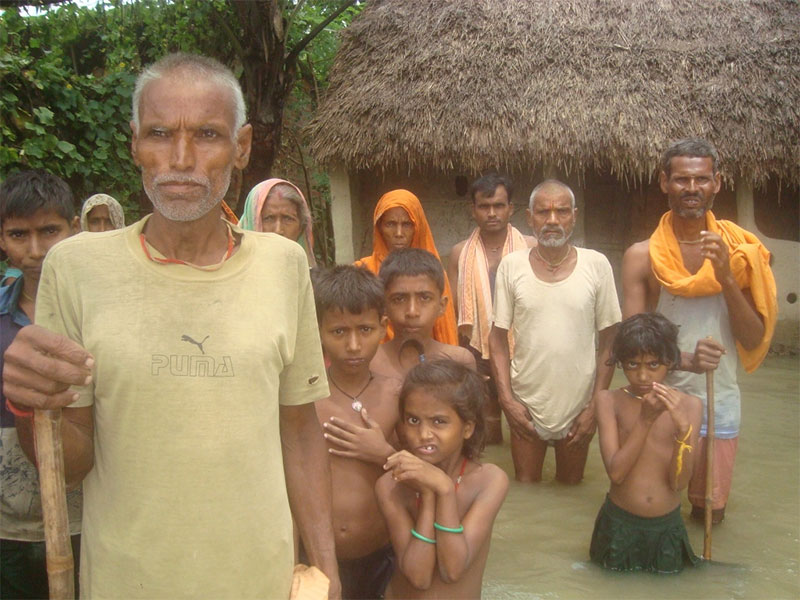 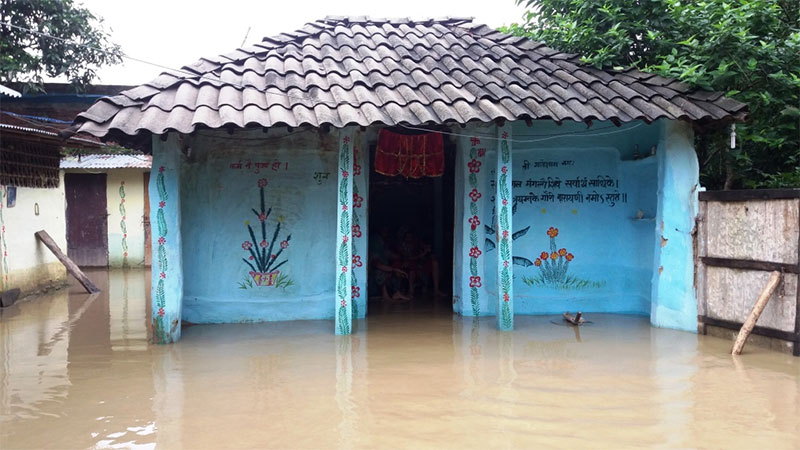 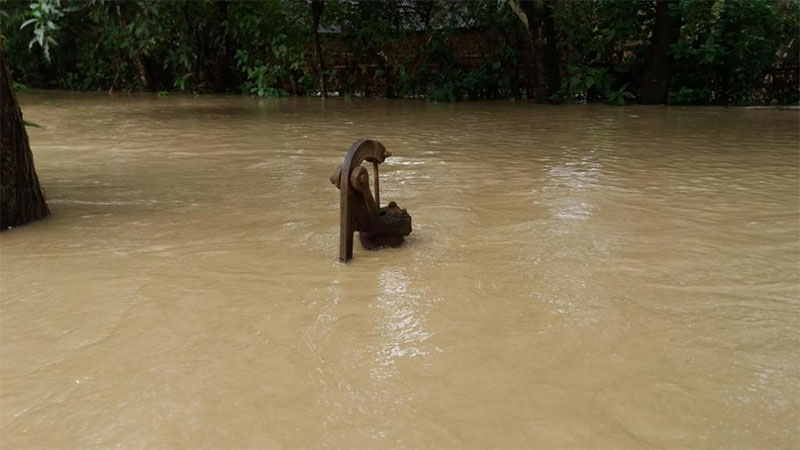 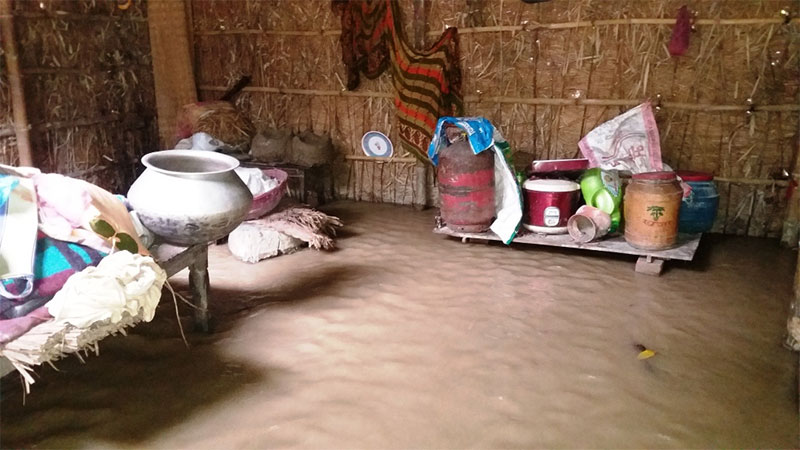