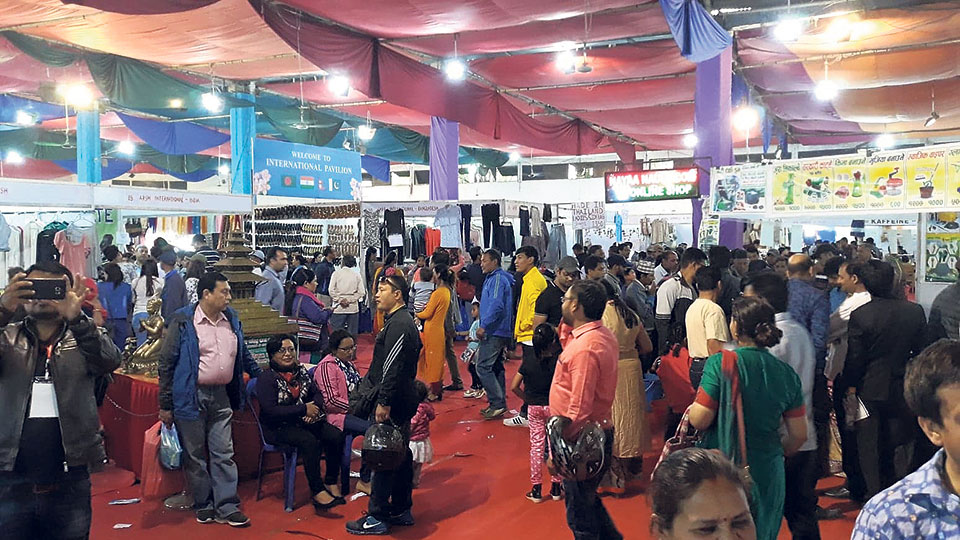 KATHMANDU, May 2: The Nepal 14th International Trade Fair and Cottage Industry Festival 2018 has concluded recording Rs 147.5 million worth of transactions.

According to Federation of Nepal Cottage and Small Industries (FNCSI), which organized the event, the five-day event was expected to record transactions of only around Rs 100 million. “Our estimate of total turnover was around Rs 100 million. But the actual turnover surpassed our expectations by nearly a half,” Mohan Katwal, vice president of FNCSI and event co-coordinator of the fair, told Republica.

The festival had begun on April 27.

“We had three public holidays during the fair. This could be the reason behind high footfall of visitors as well as transactions,” he said, adding that the fair attracted around 190,000 visitors.

Last year, the fair had recorded transactions of around Rs 70 million.

Exhibitors were also happy with the response that they received from visitors. They said that the fair has helped them to expand their networks and has been a good way to promote their products. “We couldn't meet our sales target of Rs 200,000. But fairs like these help to build network and acquaint our products with buyers,” Shiva Raj Neupane of Jumla Organic Farm. “Visitors were more interested in clicking selfies.”

Neupane had showcased products liked beverages made of apple and dried apple as well as beans and buckwheat grown in Jumla.

Speaking at the closing ceremony, Minister for Women, Children and Senior Citizens, Tham Maya Thapa; stressed the need to enhance the capacity of small and cottage industries. “A country cannot be prosperous without development and expansion of small and cottage industries. These industries have not been able to exploit their potentials due to lack of funds,” she said, adding that the government would try its best to allocate necessary budget to help them.

KATHMANDU, April 25: The 13th International Industrial Trade Fair that was being held at the Bhrikuti Mandap Exhibition Hall in... Read More...