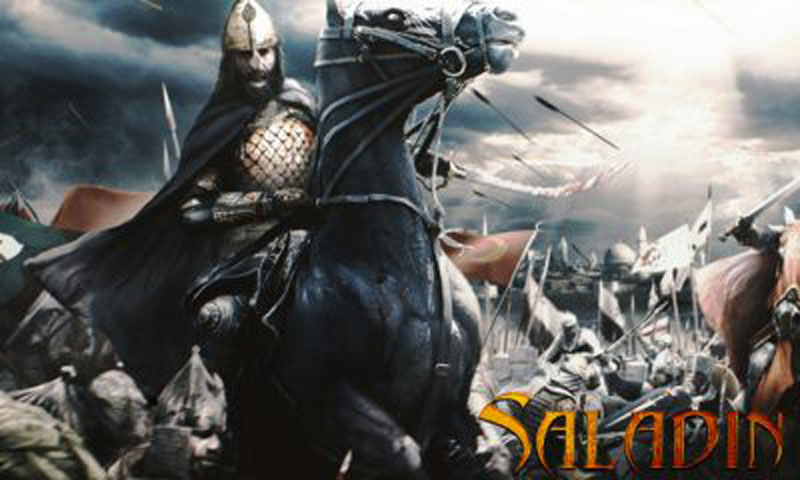 The director of the film ‘Saladin’, based on iconic Muslim ruler Salahuddin Ayyubi, Umar Agha claims the teaser of the film is not even close to what he had wanted. But with the help of the concept art, storyboards and this teaser, he now aims to raise $200,000 to create a proof-of-concept trailer (or short film) “at a scale and quality that will beat Game of Thrones.”

For the story, concept art and overall development of the video, Agha researched for over a year, wherein he reached out to many artists working in Hollywood, including those who have worked on the likes ofGuardians of the Galaxy, World War Z, Game of Thrones and X-Men.Considering the global team that Agha has gathered for the project, he thinks Saladin is no longer just a Pakistani project.

“It was conceived, developed and promoted by a Pakistani in Pakistan but it has been and will be a global effort. If Pakistan was our only target audience, we would have failed before even starting. Our goal is to make this film no different than Kingdom of Heaven.”

Speaking with media, Agha revealed his vision for Saladin and how he plans to bring the film to life. “I always wanted to make a historical epic about a legendary figure but it was never possible,” he said.

Agha worked with the craftsmen for months to get the right look, fit and finish, obsessing over minuscule details such as the calligraphic etching on two of the main swords. Shooting in and around Lahore – Agha’s own house, Lahore Polo Club, Badshahi Mosque and the Lahore Fort – the ambitious film-maker finished his teaser.

The emerging director promises his team has an innovative approach which will allow them to deliver a stunning production at only half the cost of going through the regular studio route. “This is the secret sauce!” he exclaimed.

Agha believes that Pakistani film-makers’ belief that commercial Bollywood is the epitome of good quality cinema will spark the downfall of local productions. To his fellow emerging film-makers, he said, “Put your own savings on the line, spend the time to really ensure you have a story worth telling, develop its look with care and hopefully, you’ll have something people are willing to invest in!”

Saladin was born into a prominent Kurdish family and was the founder of the Ayyubid Dynasty. He also liberated Jerusalem from under the Crusaders and is known as one of the greatest leaders in Islamic history.

Earlier this week, a teaser of a film went viral. Columbia film graduate Umar Agha shot the video for Saladin with his friends in Lahore.

China’s five-yearly congress of the ruling Communist Party will start on October 18th. Some 2,300 hand-picked delegates will select 200... Read More...

LOS ANGELES, July 8: Candy Crush addicts, and you know who you are, put down your mobile device immediately. Then you... Read More...