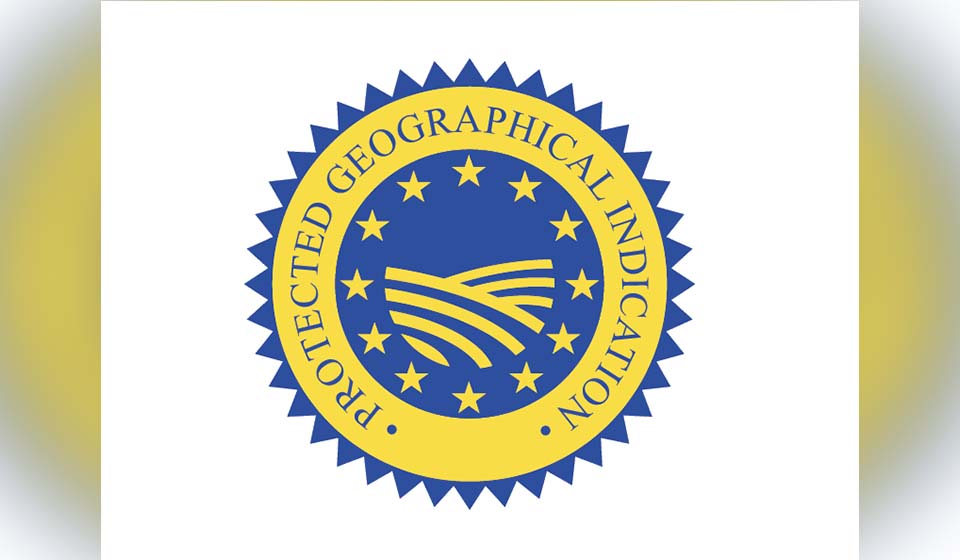 The author is currently pursuing his MSc in Food Identity under Erasmus Mundus Joint Masters Program in Europe. He is an expert in the valorization of local and traditional food products with a major emphasis on geographical indications.
news@myrepublica.com

How closely are you all conversant with Basmati rice and its history of cultivation in Nepal? We all thought that these landraces are only cultivated in Nepal and we have the ownership of the product. But what if I tell you that India and Pakistan collectively now boast the reputation of owning this product legally? The trans-border appellation of the Geneva Act of the Lisbon Agreement makes it possible to register collective Geographical Indication (GI) between two contracting parties in the Official Journal of the European Union. Is it disheartening? This is how we are gradually losing our identity of geographical diversity and the cultural know-how that we have inherited from our ancestors.

The whole conversation of rights that we are focusing on at the moment is about the concept of geographical indication and the reputation and notoriety it renders to the product having geographical origin. To simplify this, think of tea from Illam, apples from Jomsom, JuJu Dhau (curd) from Bhaktapur, mountain coffee, yak cheese from Dolakha or Ramechapp, and black pig from Dharan. The list goes on. All these products have a domestically earned reputation because of the geolocation of where they are produced, complemented by the cultural know-how that has been leveraged by the people associated with the process of production. As culture, tradition, and history are deeply entrenched in the production of most of the local and traditional food products, it becomes paramount to enshrine them and respect them for the long term to preserve the identity of the food products.

Basically, if a product from one territory is reputed because of different features or attributes, it is almost certain that it is probable to be counterfeited implying degrading the reputation of the product and also tarnishing the identity of people, nation, or society responsible for producing the product. To forestall such spurious and illicit attempts, the first crucial step was instigated during the Paris Convention for the Protection of Industrial Property in 1883. It directly didn’t encompass the concept of GIs. However, it was a crucial building block for the progress impending. Later, the Madrid Agreement for the Repression of a false indication of source also failed to guarantee a formidable solution for the protection of the goods with geographical indication. As the majority of the European countries were in pursuit to protect the national, geographical, and cultural heritage they swank, finally in the WTO Uruguay Round, the term Geographical Indication came to life at the international level which elementally means protection to the name of the product against usurpation or deception protecting its identity at the international level.

Need for GIs in Nepal: Promotion of identity and economic advantage

Geographical Indication is not a new concept to the modern world. However, most of the producers associated with production and plantation in Nepal are incognizant of the profits associated with it. Different researchers have presented the fact that there is a direct linkage between the development of geographical indication and rural development. It is true in the case of Nepal as well, since the majority of the products that have the capacity to be developed as potential GIs are practiced in the rural parts of the country. It means, by successfully implementing GI in the Nepali products, not only identity protection of the commodity is secured; it also ensures a higher market price for the product, an increase in productivity, and export promotion in a wider range. One recent example of this fact is palpable in the case of Penja Pepper from Cameroon, which is now traded at $24 per kilo after being granted GI status. Therefore, integration into the GI framework would play a significant role in protecting the food heritage, tradition, and culture associated with food and would also assist the producers to augment their economic status by amplifying the market returns in the context of Nepal.

Geographical Indication is a notion that assures the protection of the local and traditional food products in the country, however, only accompanied by structured and codified organizations. There are five major fundamentals necessary for establishing full-fledged GI status in the country. Existence of the legal framework (registration in the national registers), state competent authority to handle the registration process, controlling and supervising bodies for quality control, producer organizations, and products with typicity due to geographical origin. All five recipes are inescapable in the implementation of GI products in the country.

Over the years, Nepal has realized the significance of developing effective protection for intellectual property and related enforcement systems. The government in the year 2017 passed the IP-related policy with an immediate understanding of the necessity of IP for enhanced socio-economic development and protecting the use of the name of the project for maintaining its reputation. The bill under consideration needs to be enacted promptly and larger programs in educating the producers or groups of producers need to be initiated to make them realize the merits of establishing GI for their local products.

Due to the sluggishness of the approach, we cannot afford to lose the recognition of our food heritage, and the unique knowledge associated with it. The situation can be ameliorated if the government decides to create a conducive environment by formulating the relevant laws, and entities for ensuring the producers meet quality standards and adhere to standard code of practices. Similarly, the local producer association needs to be induced in lodging the application to safeguard the unique identity of the product and prevent usurpation and any possible fraud. In this way, all consumers would be assured that they are eating potatoes belonging to Mustang and not from other regions. Further, product identity and producer rights can be strengthened.