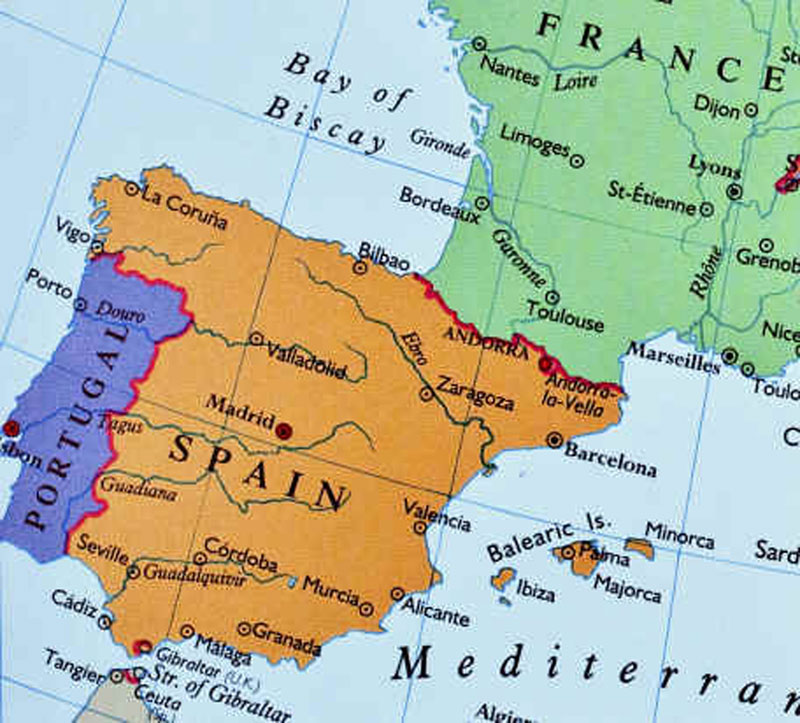 Most Nepali migrant workers in Portugal don’t have legal papers or are working in precarious jobs
A big wave of Nepali immigration to Portugal is believed to have begun sometime in 2009-2010. The 2011 Census showed a population of 959 Nepalis residing in Portugal (INE, 2015). More recent official data indicates 2,050 people in the metropolitan area of Lisbon alone in 2013. Around 700 misdemeanor proceedings for over-stay and 200 notifications for voluntary abandonment of the country in 2013, both concerning Nepali citizens, suggest an important factor is not captured by official statistics (SEF, 2014). The Nepali consulate in Lisbon and Non Residential Nepalese Association estimate there are around 15,000 Nepalis in Portugal. The alarming gap between official and unofficial data stresses the need to establish a formal mechanism to assist people who might be facing various problems. The Nepali community in Portugal is collecting info on Nepalis to put pressure on Nepal Government to establish an embassy in Portugal and to communicate their demands to Portuguese authorities.

Northern European countries’ new policies regarding cutting down immigration can be largely accounted for the influx of Nepalis in Portugal, even though it is not the first choice of destination. Many of them come to a European country and things falling apart: non-renewability of visa, unaffordable education, lack of access to economic opportunities, to name a few, which pushes them towards Portugal, which is regarded as a safe refuge in Europe. This is because authorities there are lenient and ‘papers’ (residence permit) can be had faster, as told by the Nepalis coming to Portugal from Belgium, Denmark, Dubai, France, Germany, Israel, Italy, Poland, Spain, Sweden, Switzerland and the UK. (They were interviewed by the two authors.)

Nepalis spend up to Rs 1,800,000 to enter Portugal. Many men we met said they had come for jobs in agriculture in southern Portugal through employment agencies. The sad part is that many of them don’t get the salary and benefits promised during recruitment.

And although some got their ‘papers’ within a few months, this is not the case for a significant majority. Finding work without legal documentation is extremely difficult, further making the immigrants vulnerable to economic exploitation.

Even in cases with a job and contract, providing Social Security (SS) number takes time (from a minimum of two months) and then the process of Residence Permit is as lengthy.

Until fairly recently SS number could be bought in the black market but this is increasingly becoming difficult with the SS heads being investigated for corruption.
There were few Nepali restaurants—now the largest employer of Nepalis in Lisbon—until a few years ago. Most Nepalis were engaged in agriculture in the South or coastal regions; they could easily establish networks with Nepalis living in other European nations as the UK and Belgium. These networks have been useful in setting up Nepali restaurants; networks in fruit and vegetable businesses also employ a significant number of Nepalis these days. The existing networks are both family and business networks. The networks also help increase the influx of Nepalis to Portugal.

Although there is no official data on socio-economic status of Nepalis in Portugal, the status of the majority can be inferred: big chunk of the community doesn’t have papers or are working in precarious jobs. There are many people working in jobs below their education level as well; some work without job contracts. However a small minority has become quite successful in business (running their own restaurants, hotels, hostels and companies). A minority is also very educated (Bachelors and above) and the most educated people tend to be community leaders in loose 30-odd prominent Nepali networks in Portugal.

Although the Portuguese State provides many benefits like pension, health-related benefits, sick and maternity leave, benefits for children, these are all tied with employment and Residence Permit. The longer the time of employment, the better the benefits. The integration of Nepalis into Portuguese Society is a complex process with many barriers. Integration is easier in Lisbon and Algarve regions than elsewhere, due to the support established Nepali communities can provide to their members in these areas.

The Portuguese are in general welcoming, but we feel that integration is challenging because of language proficiency required for jobs and other services. There aren’t enough Portuguese courses provided by Portuguese institutions, nor are most immigrants aware of such courses. Many Nepalis who come to Portugal do not understand English either, putting them in an extremely vulnerable (or rather dependent) situation.

The major obstacles to integration, based on our fieldwork, are alien language and culture, lack of specialized social workers to receive and work with South Asian immigrants and lack of informative flyers in English (on social security issues, tax issues, job offers, healthcare, benefits, housing, job contracts, legal advice to get residence permit, etc).
Another major problem in integration is non-acknowledgement of educational qualifications obtained in Nepal. We believe that one of the main tasks carried out by the Nepali Consulate in Lisbon is the translation and validation of diplomas and certificates.

But agreements are needed with the Portuguese Ministries of Education and Science and Higher Education, as well as direct and more specific agreements with different colleges and universities, on which qualifications can be recognized.

Manika Bajracharya in her 2015 study “Nepalese women migrants in Portugal and their experience with socio-cultural integration” makes some recommendations for those planning to travel to Portugal, which are actually equally useful for migrants to any Western society:  understand the differences in culture and values; learn the local language, preferably before coming;  since the cost of living is very high and understand that it is not easy to enter the labor market without valid documents of residence.

In a nutshell, entering Portugal without adequate information and documentation is risky.

Through this essay we would like to urge all Nepalis who want to come to obtain proper information before migrating to any European country, including Portugal. Nepali authorities must do a better job of helping their citizens.

Many in UML, NC doubt effectiveness of alliances

KATHMANDU, Oct 24: A majority government seems well within the reach of the newly-formed left alliance. It is something even the... Read More...

BADEN, Germany, March 18: Financial officials from the world's biggest economies are struggling to define a common stance on trade in... Read More...