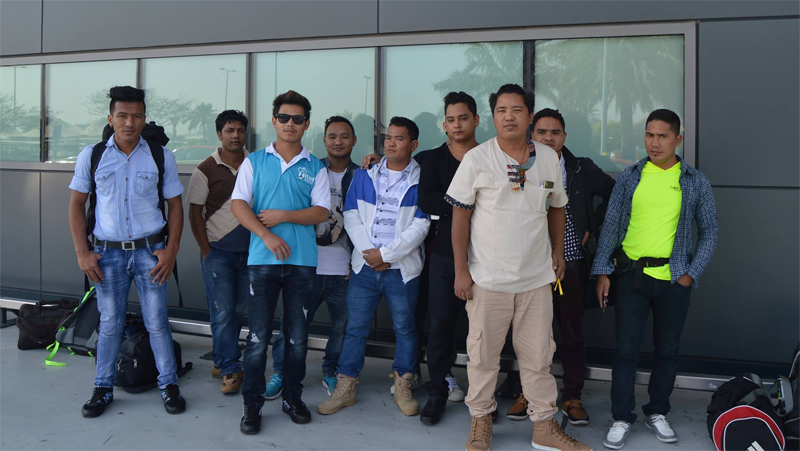 UAE, Oct 12: As many as 13 out of 22 Nepali migrant youths stranded in United Arab Emirates (UAE) have returned home on Thursday.

They landed at TIA via a Fly Dubai flight this afternoon.

NRN UAE had taken them to Abudhabi-Nepali Embassy after Negarik daily reported that 22 Nepalis were being stranded in Ajman of UAE few days ago.

Executive Director Keshab Thapa of Pandora Incorporation Pvt. Company. Ramesh Kuwan and Dinesh Lama lured them to UAE on a visit visa two months ago and left them there stranded.

After having heard that they were evicted from their room during Dashain, NRN UAE chapter chairman Ramesh Shrestha had given them shelter in the room of his own company building.

UNITED ARAB EMIRATES (UAE), Nov 25: As many as 14 Nepali migrant workers have been stranded in the UAE after... Read More...