With archives being forced to move, many historical documents at risk 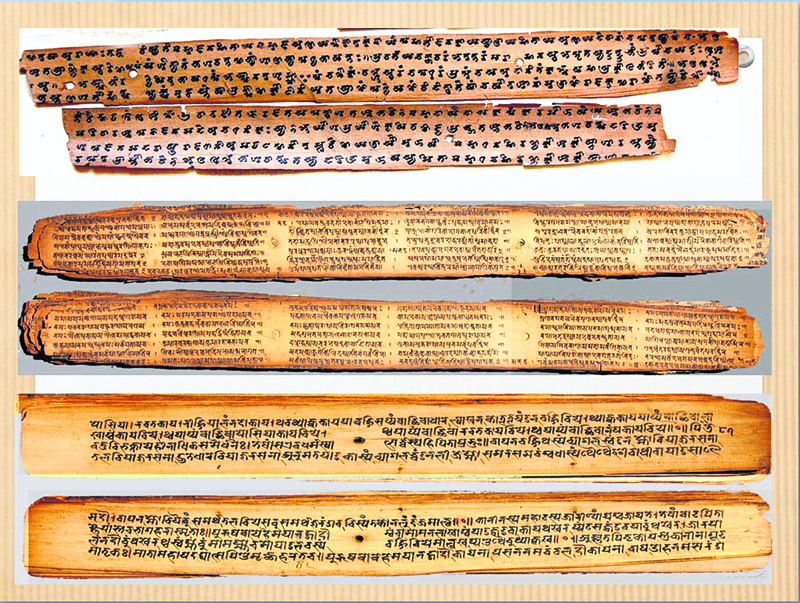 KATHMANDU, Jan 7: The government's decision to move the National Archives away from the premises of Singh Durbar has raised  serious concern over the fate of 50,000 historical documents that have been preserved there since 1967.

The Supreme Court has been pressuring the National Archives for the last few years to move elsewhere so that the court can put up a  building of its own in that space. The court has a master plan to develop the area into its new compound.

But the National Archives has not yet found a new place where it can safely shift the thousands of historical documents in its possession. The Supreme Court, meanwhile, is already conducting soil testing behind the archives building for its new project.

The National Archives is worried that the precious documents will be lost if these are not moved in a proper fashion..

Documents ranging from the original copy of the 8th century Saddharma-Pundarika, a palm-leaf Buddhist manuscript in Sanskrit written in Lichchhavi-era script to more recent documents, have all been stored in temperature-controlled rooms at the archives.

According to information provided by the National Archives, it has a unique collection of Nepali manuscripts including some of the oldest. Out of some 50,000 documents, 30,000 are written on traditional Nepali materials such as palm leaf, birch bark and different kinds of color-coated Nepali paper. They are in different languages, such as  Nepali, Sanskrit, Newari, Tibetan, Maithili, Hindi and Avadhi. Some of the manuscripts are written in gold and silver ink.

“We have a collection of thousands of documents that are stored in temperature-sensitive rooms,” said Saubhagya Pradhananga, chief of the National Archives. “Moving all the documents elsewhere would be risky. We could lose some of them which are in a poor condition and are being preserved through chemical treatment.”

A decision taken by the cabinet on May 8, 2014 states that the office of the Department of Archaeology and the National Archives will be shifted to Narayanhiti Palace and the vacated land  transferred to the Supreme Court.

“We don't have any choice over shifting although we are good with our present location. It would be better if they find another place for building the Supreme Court offices,” said Pradhananga.

She criticized the decision taken by the government without studying the situation of the National Archives. “We just received the decision after it was made; and they had not consulted us nor tried to understand our situation,” she added.

Officials at the National Archives informed that they have written several times to the Ministry of Culture, Tourism and Civil Aviation. “It would be risky if we have to shift these valuable documents without a proper building to house them and infrastructure to protect and preserve them,” reads the letter sent to the ministry on April 6, 2016.

DOLAKHA, Sept 30: Many patients who had reached Charikot, the district headquarters of Dolakha, for treatment were deprived of treatment as... Read More...