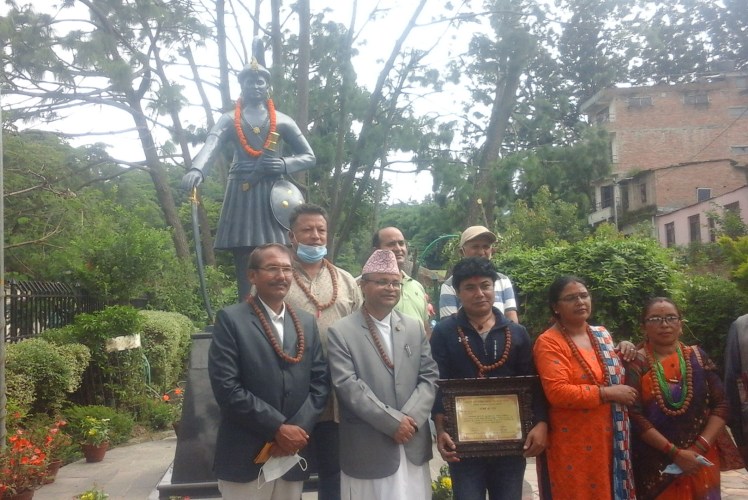 KATHMANDU, August 14: A life-size statue of Nayab Bahadur Shah has been set up at Gokarneshwor Municipality-7, northern outskirt of the Kathmandu Valley.

On the occasion, Province Minister praised Shah for his contribution to the unification of the present Nepal. The construction of his statue had given justice to his sacrifice and his contributions to the country, he said.

In another context, the Province Minister stated that the provincial government was at work for heritage friendly development and joined the campaign to protect and conserve historic sites. Work on the tunnel way at Churiyamai was underway and its inauguration would be scheduled for mid-April 2022, he shared.

Lands belonging to the Nepal Trust houses the statue and a park. The municipality has managed a gardener to take care of the park. The Ward Chairman Keshab Gurung said the park would be developed as a recreational site.

The Los Angeles police is investigating after a statue of the late legendary actor Marilyn Monroe was stolen. ... Read More...

Damak to have world's tallest statue of Buddha

DAMAK, May 24: Jhapa's Damak will have the world's tallest statue of Lord Buddha. For the project, a detailed project... Read More...

Statue of Bhanubhakta unveiled in Pokhara

POKHARA, July 13: On the occasion of his 203rd birth anniversary, a full statue of first Nepali poet Bhanubhakta was... Read More...