KATHMANDU, June 24: President Bidya Devi Bhandari has appointed 20 commissioners of various constitutional bodies including the Public Service Commission and the Commission for the Investigation of Abuse of Authority (CIAA).

Similarly, Dr Ram Krishna Timilsena (Kaski) has been appointed as chairperson of the National Inclusion Commission and Pushpa Raj Timilsina (Parbat) and Man Prasad Khatry (Bajhang) as its members. Dr. Hari Poudel (Baglung) and Dr. Sumitra Shrestha (Lalitpur) are appointed as commissioners of the CIAA.

Among others, President Bhandari has appointed Sagun Shumsher JB Rana (Rupandehi) as a member of the Election Commission, Bipin Raj Niraula (Panchthar) and Sudha Kumari Jha (Dhanusha) as members of the Natural Resources and Fiscal Commission and Jaya Ghimire (Dhanusha) and Sabitri Kumari Sharma Tiwari (Parbat) as members in the National Women Commission. 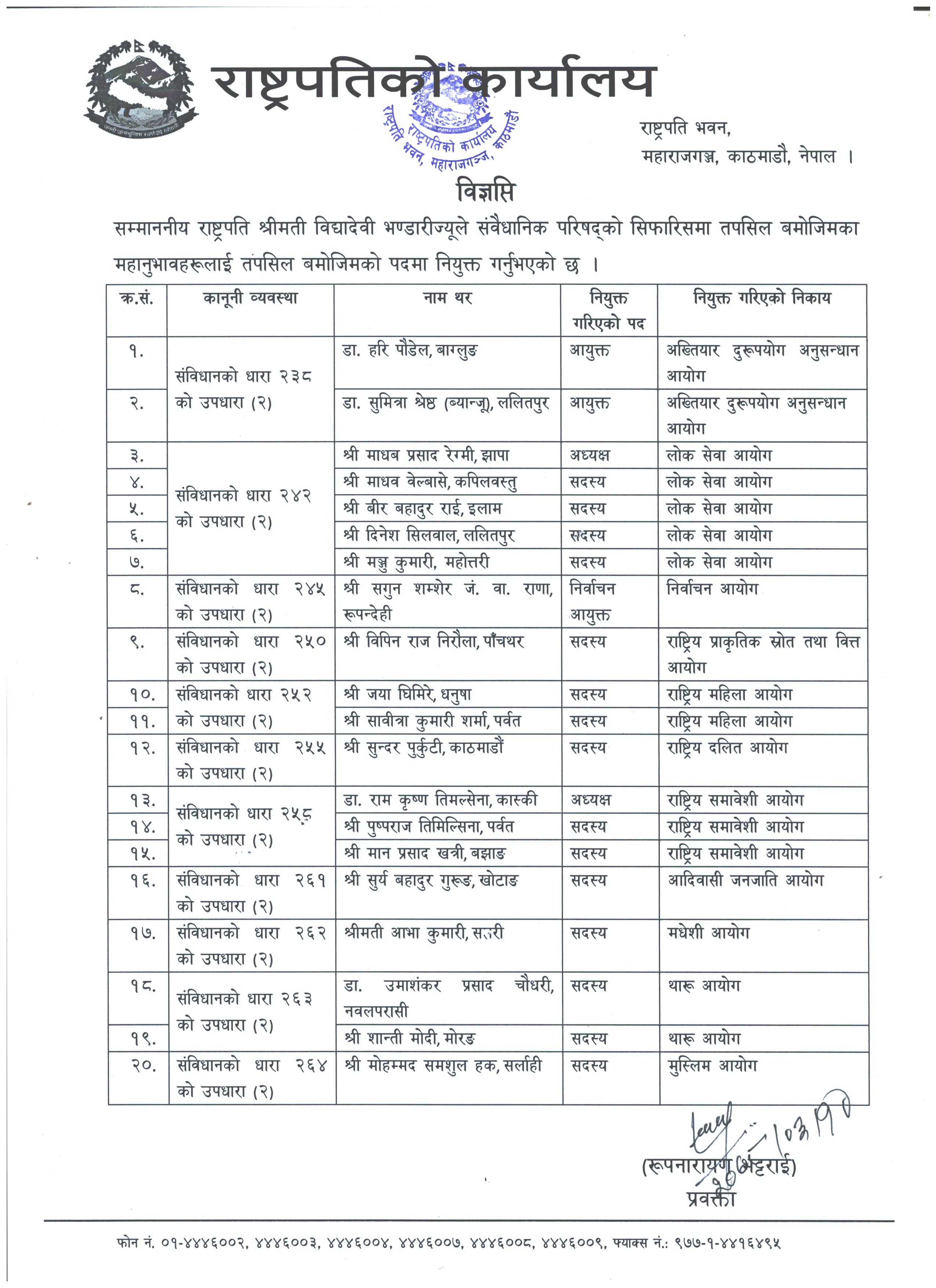 KATHMANDU, Feb 4: Police have arrested scores of leaders and cadres belonging to the Dahal-Nepal-led faction of the Nepal Communist... Read More...

KATHMANDU, Feb 3: All those recommended by the Constitutional Council for the appointment in various constitutional bodies are receiving oaths... Read More...

KATHMANDU, Mar 4: Finance Minister Yubaraj Khatiwada, who has also been entrusted with the Communications and Information Technology portfolio, has... Read More...

Four arrested with Red Panda hide, two others with musk
29 minutes ago

President confers decorations and awards on 903 individuals
58 minutes ago