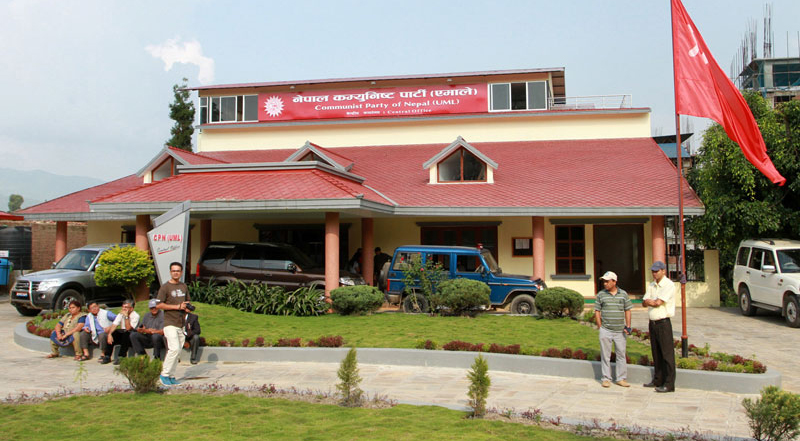 KATHMANDU, Dec 16: UML lawmaker Lal Bahadur Rawal has been physically assaulted by his own cadres in a dispute related to local bodies restructuring.

UML cadres beat up lawmaker Rawal on the premises of the party's headquarters in Dhumbarahi on Thursday afternoon.

An all-party delegation had reached UML party office, Dhumbarahi, demanding that Kada VDC, the biggest VDC in Bajhang district, be made a separate municipality while restructuring local bodies.

The delegation included local leaders and cadres of Bajhang district.

The delegation had urged Rawal to sign their demand paper stating that Kada VDC be made separate municipality.

In a dispute that ensued after Rawal refused to sign the demand paper, Man Bahadur Bohara, a delegation member and UML leader, punched him in his chest.

KATHMANDU, July 24: Drawing attention of the parliament to the ongoing standoff between neighboring India and China at their tri-junction border... Read More...

I will accept election results, but I will not be a central member: Rawal
8 hours ago

Analysis: Scientists ask whether Omicron can outrun Delta
11 hours ago

Worldwide screening of '14 Peaks, Nothing Is Impossible' based on Nirmal Purja's biography
4 hours ago

UML General Convention: Voting begins at 4 AM
6 hours ago