KATHMANDU, May 22: The embattled Prime Minister K P Oli has dissolved parliament and announced midterm elections of the lower house of federal parliament in November.

An emergency cabinet meeting held at midnight Friday made a decision to recommend President Bidya Devi Bhandari to dissolve parliament and announce dates of holding midterm elections of the House of Representatives in two phases. The cabinet has recommended holding the first phase of the poll on November 12 and the second phase on November 19.

With four lawmakers in the 275-member House of Representatives dismissed by their party after they chose to be part of another party, a prime ministerial candiate requires support of at least 136 lawmakers in parliament to form a new government. Both Oli and Deuba, however, had claimed support of some lawmakers, whose names were included in the list of both of them.

Prime Minister Oli called an emergency cabient meeting and took decision to dissolve parliament as President Bhandari rejected claims of both the leaders to have majority in parliament to form a new government. According to Government's Spokesperson and Minister for Communications and Information Technology Parbat Gurung, the cabinet recommendations to hold midterm election in two phases in November has already been sent to the Office of President.

Opposition parties including Nepali Congress, CPN (Maoist Center) and others have termed the prime minister's abrupt move a planned conspiracy to sabotage constitution and derail the ongoing political course in the country as mid-term elections are less likely anytime soon in view of the COVID-19 pandemic. The country is likely to fall in a fresh constitutional crisis if the election is not held within six months of the dissolution of parliament. 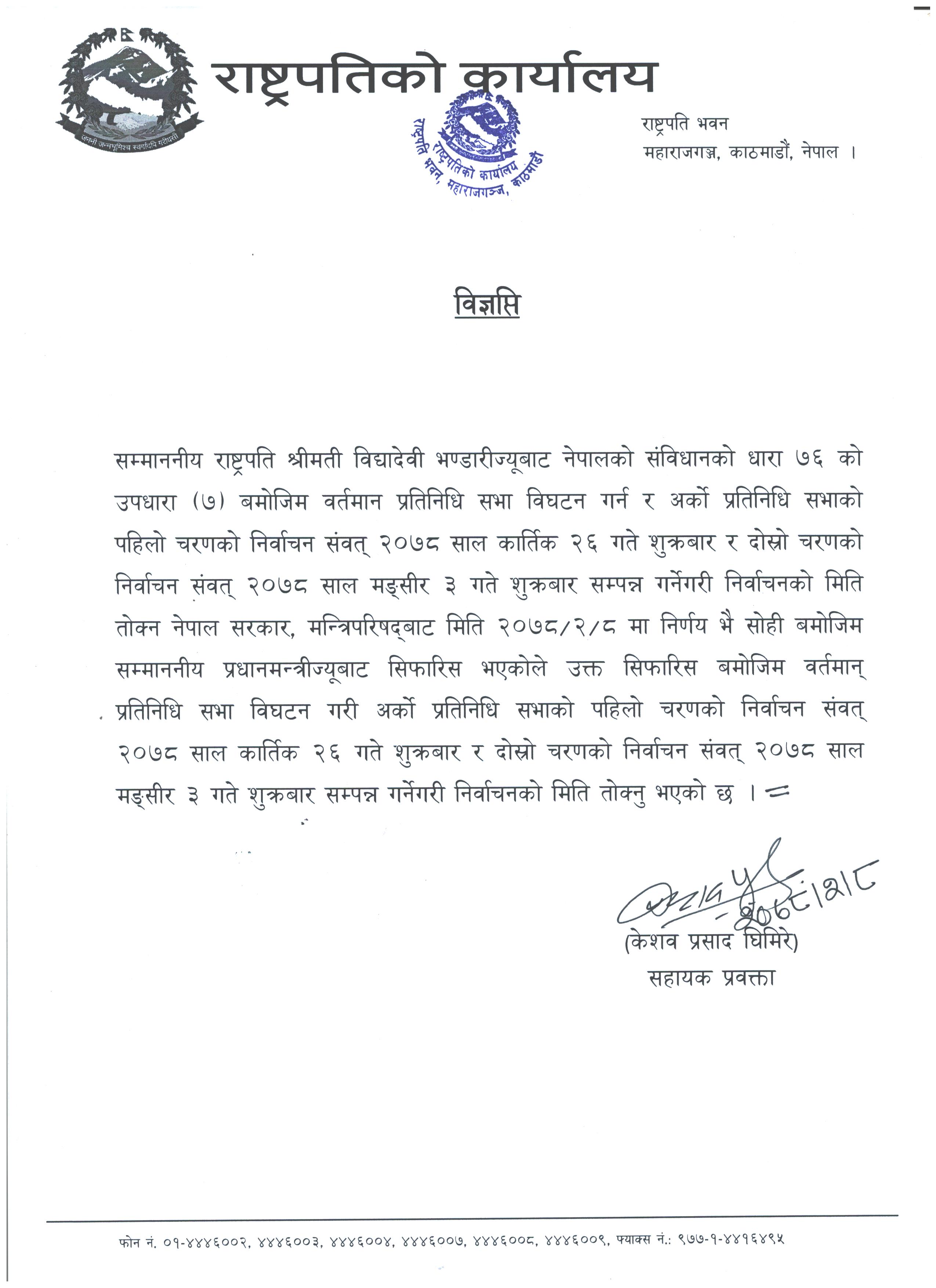 KATHMANDU, May 8: The CPN (Maoist Center) has decided to vote against the trust motion introduced by Prime Minister K... Read More...