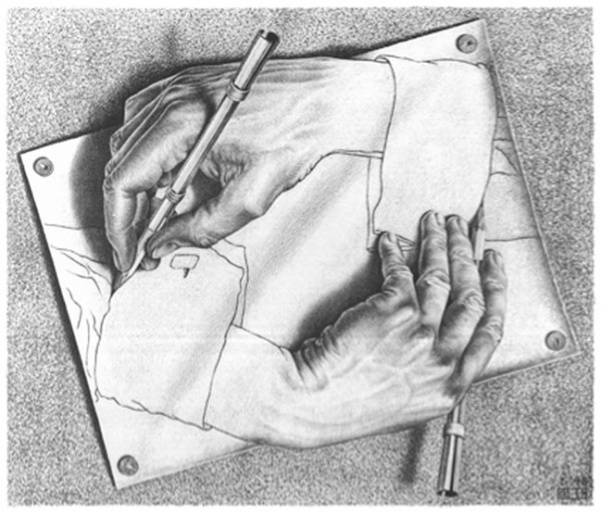 In place of a society where "writers" were a few creative and educated people who did all the writing for the rest of us, we now have a society where everyone constantly writes. And yet, many myths about writers and writing prevail. The first of those myths is that good writing requires good writers. As someone who pursued two post-graduate degrees in "writing studies," let me share the bad news: Good writers are a myth. Good news: You don't need to be a "good writer" to write well.

In the same way "literacy" means much more than being able to read printed words, "writing" has far transcended the mere act of translating ideas into words and sentences on the page (or screen). Within a vast range of means, modes, and functions that it encompasses, writing now includes the personal, social and professional act of using script to get things done. The other older meaning of writing, creative expression, like the more mechanical form, has also become marginal in the big picture. That is, most of us have to write "effectively" for given contexts and purposes, instead of generally "well."

Being a generally "good writer" may work for particular contexts, but this fact itself destroys the idea of "always good" writers. There are none of those. Imagine asking Shakespeare or Laxmi Prasad Devkota to write a grant proposal for a microbiology lab that needs funding for mapping genomes, and you will see how the most powerful users of their languages may not be able to write anything in certain subjects, contexts, and genres. Instead, scientists working in such a lab may only need a small amount of help to make the above grant proposal effective. The advancement and specialization of knowledge makes it impossible for anyone to be a "good writer" in general.

Yes, some of us have learned to write better in terms of having a larger vocabulary, greater command of syntax and idiom, etc; we may like writing more than our friends and neighbors; and we may have overcome anxiety and linguistic hurdles of certain types. But a greater savvy with words and syntaxes won't make any sense when we face new contexts or if we don't know the audience or other elements of communicative situation. Especially as academic and professional subject matters become more advanced and complex, as discourse communities become smaller and hyperspecialized, generalized "good writing" skills don't take people a long way anymore.

Students and scholars alike believe that good writers write well no matter what because the idea of writing is defined in all kinds of problematic ways. For instance, like good vocabulary, good grammar is often confused with good writing. That is, if errorless writing is called good writing, then machines could do the best writing. In fact, one can write quite effectively while one is still brushing up on grammatical skills, or with less than perfect precision in vocabulary and idiom. Especially with a foreign or new language, errors in words and grammar take time to disappear, and first language interference (which creates a unique style perceived exclusively as errors by outsiders) may persist for a while. So it is possible to produce good writing in bad English and vice versa.

One of the reasons many people confuse good writing as simply what good writers do is that the writers they admire for their style and creativity are also knowledgeable on the subject. The writer may have spent a lot of time developing, organizing, and polishing the writing; but admiring reader only sees the final product, the work of a good writer.

Inspiration matters, because it may lead to greater knowledge of subject matter and then to confidence. So do experience and maturity of thought, which come more easily to some people than others. If knowledgeable and experienced writers write with a good grasp of the context (social, political, cultural, etc), confidence can reinforce the authorial voice. But inspiration and confidence don't simply work like magic wells where something comes out of nothing. They are related to knowledge and experience and hard work. There are practical strategies for "invention," expression, and organization of ideas that can be learned and taught (some of which have been passed down from the times ancient Greeks in Western rhetoric, or the art of writing).

Myths about writing have consequences. One is that many people don't try because they believe that they are not good writers. Others dislike writing altogether and don't try to create opportunities to learn. Yet others actually write (fairly to brilliantly) but continue to believe that they don't. And yet others misdiagnose their real challenges and continue to fix the wrong problems. Many keep looking for absolute rules, which do not exist.

Writing is not one thing, or one set of skills. It is not a set of rules or exercises that we can practice and master once and for good. New contexts and purposes of communication, new genres and conventions that we need to follow demand new understanding and skills for us to write effectively.

New technologies also demand that we relearn writing skills or adapt old ones. For example, we can revise and edit what we have drafted in fundamentally different ways on our computers' word processors compared to how we used to do the same things with the typewriter. This does not mean that newer technologies are always better than older ones. Even members of the younger generations pick up pen and paper to draw, scribble, or actually write out ideas on the physical page.

More effective and successful writing certainly demands better habits and approaches. For example, if writing a particular text requires research, one can use multiple columns to develop and organize ideas in relation to research findings. Successful writers are likely to be people who have found out how best they generate ideas (by talking, being alone, by free-writing, recording, etc), but these are not rules for everyone. Individual differences and differences in the many other components of writing will make the ideas and strategies more or less useful.

Writing may be difficult, even for those who write well, depending on the variables again. But it is a process, which may start with a practical need or a psychological urge; it may involve many drafts, or just one; the stages of the process may be recursive or linear; it all depends on the variables. And the generally useful strategies, if any, are based on specific needs, objectives, contexts or some other variables.

A lot of people assume that a person who has command over language, grammar and are creative, writing comes fast... Read More...