On December 20, 2020, President Bidya Dev Bhandari had dissolved parliament at the recommendation of Prime Minister KP Sharma Oli. Prime Minister Oli had maintained that he was forced to dissolve parliament as he was not allowed to work properly by the leaders within his own party.

As many as 13 writ petitions including the one by the ruling Nepal Communist Party’s Chief Whip Dev Prasad Gurung were registered at the apex court seeking the restoration of the lower house parliament.

Here are the screenshots of the social media posts that various leaders have made shortly after the apex court’s decision to reinstate the House of Representatives (HoR). 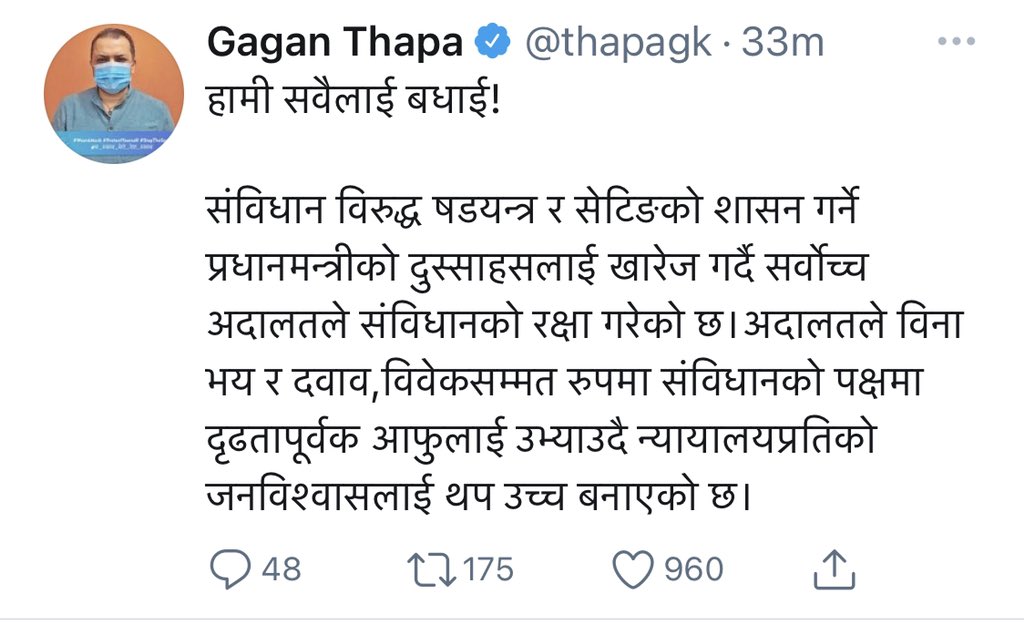 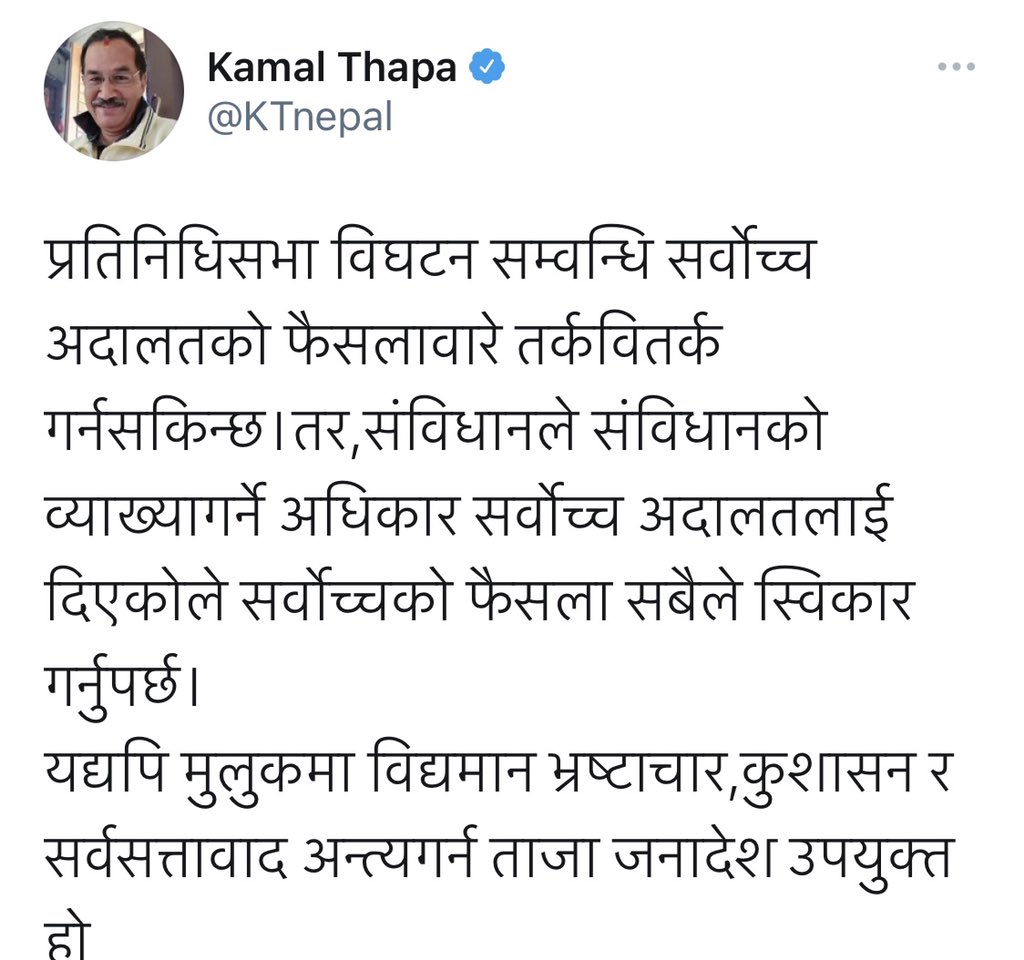 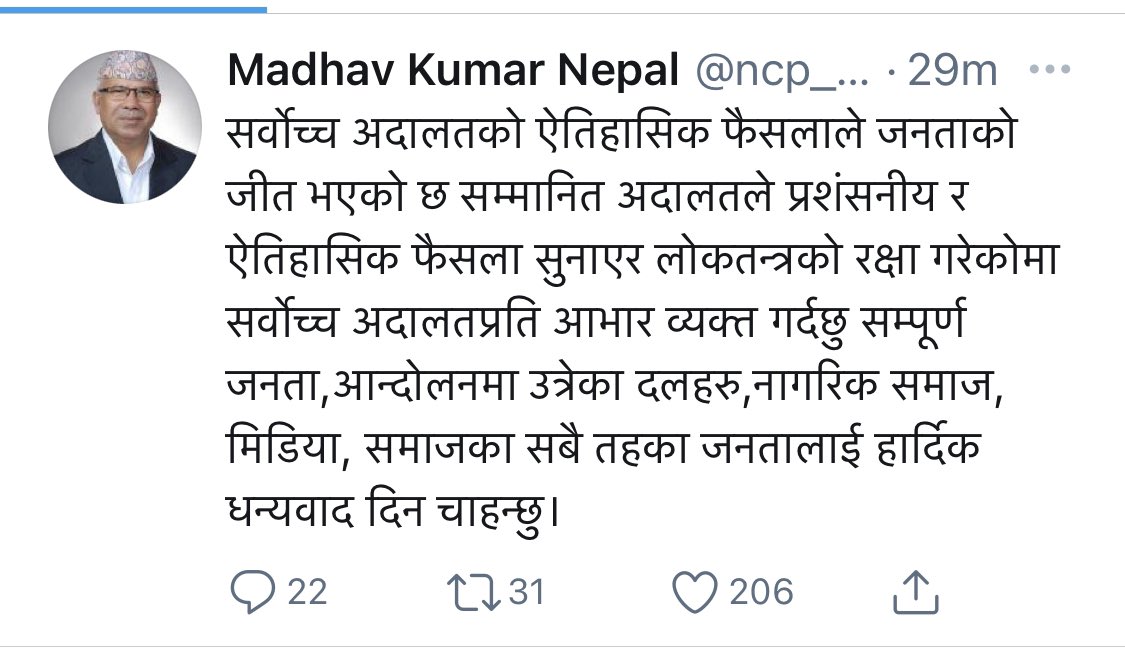 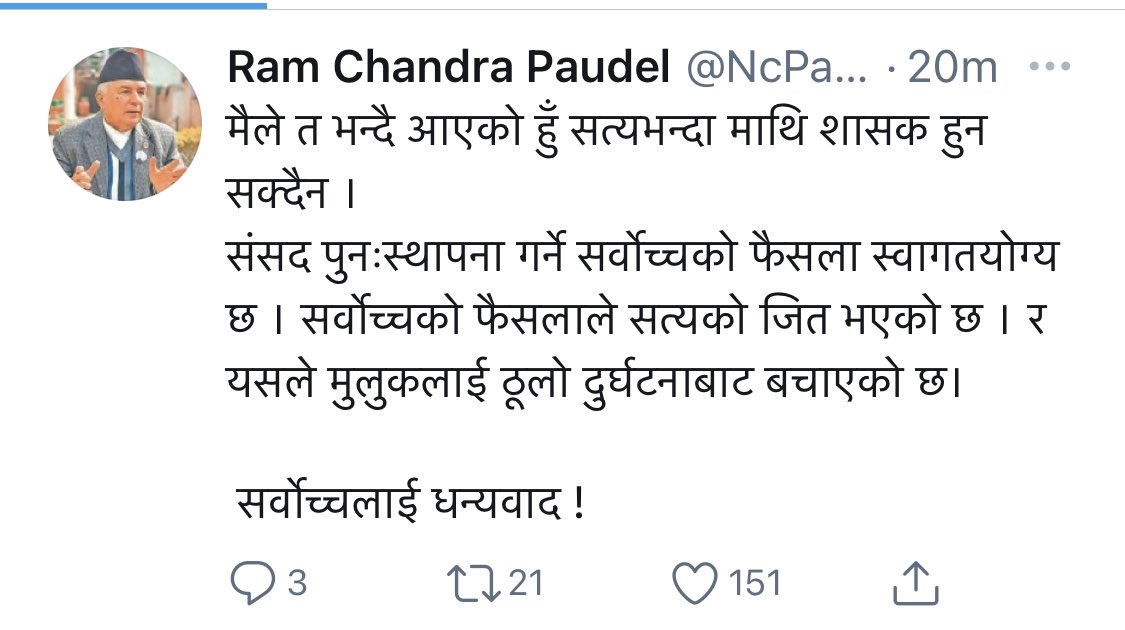 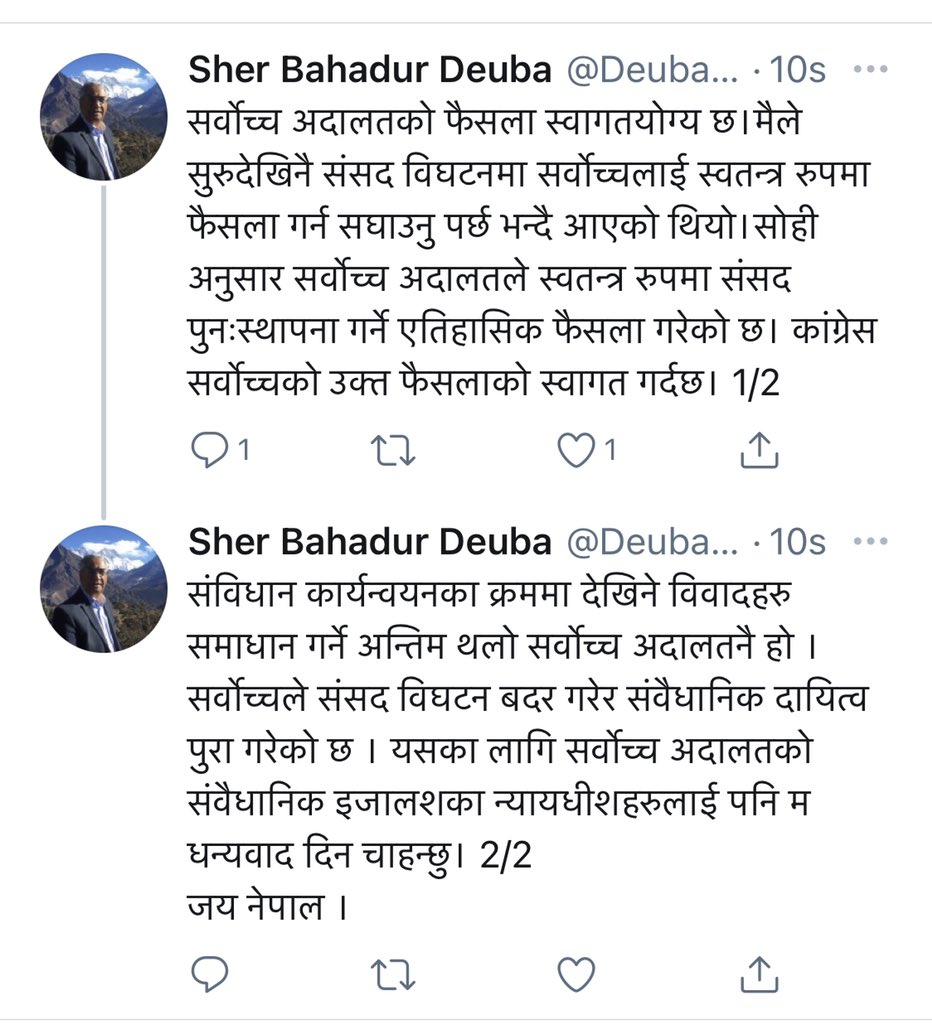 Writ petitioners’ pleading over, govt side to plead against writ petitions starting Monday

KATHMANDU, Jan 31: Pleadings on behalf of the writ petitions filed against the dissolution of the House at the Supreme... Read More...

“We could not correct KP Oli despite multiple efforts”

KATHMANDU, Jan 22: One of the two chairmen of the Dahal-Nepal faction of the Nepal Communist Party (NCP), Puhspa Kamal Dahal... Read More...