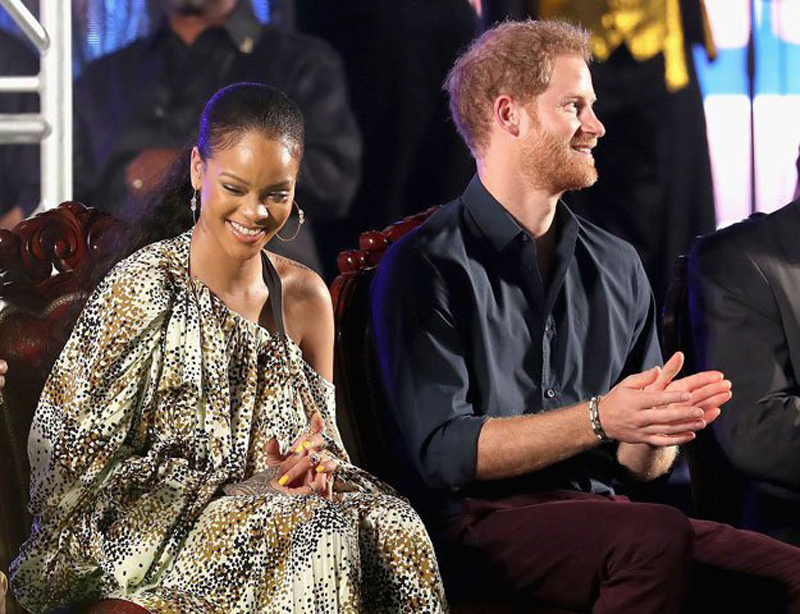 Prince Harry might have grown up surrounded by royalty, but — until this week — he hasn’t really been in the presence of true pop royalty.

Prince Harry’s lifelong wish to meet the queen of pop, Rihanna, finally came true when they both recently met in the Caribbean.

Prince Harry is currently on a tour of the Caribbean where he met RiRi for the first time at an afternoon event in Bridgetown, marking the country’s 50 years of independence.

On Wednesday, Harry fulfilled what was surely a lifelong wish — to meet the Queen of Pop, Rihanna. And, it wasn’t just a one-off — the pair actually met twice in the same day.

After pictures surfaced on social media, fans have been left wondering whether this is the beginning of a new friendship.

It seems that this could very well be the beginning of a new friendship as the two were seen all smiles and giggles at the event.

True to form, Prince Harry’s first words to Rihanna were frightfully British, “Hello, it’s very nice to meet you.”  Their friendship thus far started off on a good note.

Later that day, they were seen sitting together on stage at a concert celebrating the anniversary of independence at the Kensington Oval cricket ground. And they couldn’t contain their laughter.

Every year thousands of Nepali students travel to the United States of America in pursuit of higher education. In the... Read More...

But even after the unveiling of the budget, Oli refused to step down. This is why Dahal has of late... Read More...

COVID is less severe with Omicron than Delta, U.S. study suggests
38 minutes ago