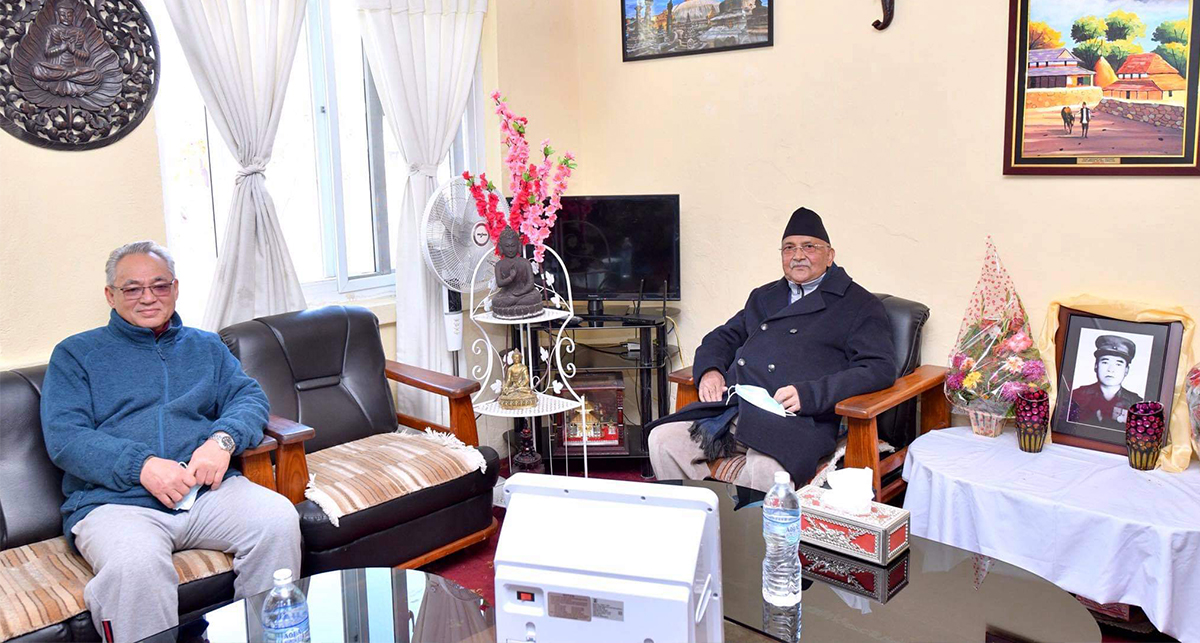 KATHMANDU, Dec 19: In a series of meetings on Saturday, the Chairman of the ruling Nepal Communist Party (NCP) and  Prime Minister KP Sharma Oli has reached Pulchowk to meet the Minister for Home Affairs (MoHA) and party’s Secretariat member Ram Bahadur Thapa at the latter’s official residence. 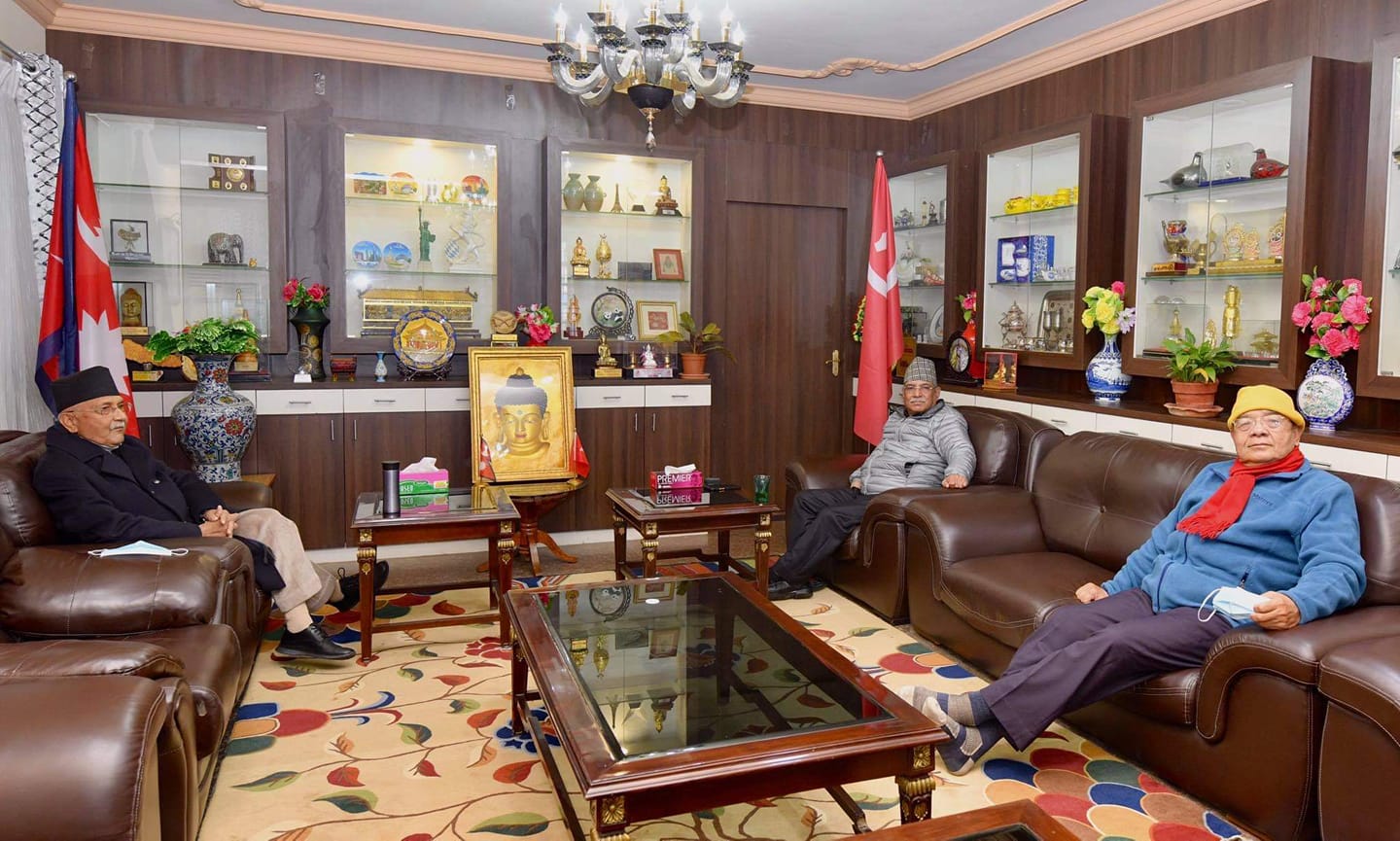 Gautam had skipped the meeting of Province 1 leaders organized by the Dahal faction in Paris Danda on Friday. Party insiders say Gautam’s absence in the meeting of rival faction leaders is meaningful and this suggests a new alliance within the party.

Prime Minister Oli’s decision to visit Dahal comes at a time when both the factions within the party are organizing their separate gatherings across districts to assess their strength in an apparent bid to split the party.

Today’s meeting of two top leaders has been viewed as the last effort by PM Oli to keep party unity intact. Oli and Dahal held a separate meeting in Baluwatar on Friday as well.

KATHMANDU, Dec 15: Rival faction leaders within the ruling Nepal Communist Party (NCP) have gathered at the residence of the... Read More...

PR Votes: Maoist Center takes a lead against Rastriya Swatantra Party, UML continues the lead as NC trails behind it
6 hours ago