Vegetables, food items exported from India and Nepal will now be tested for quality in Raxaul 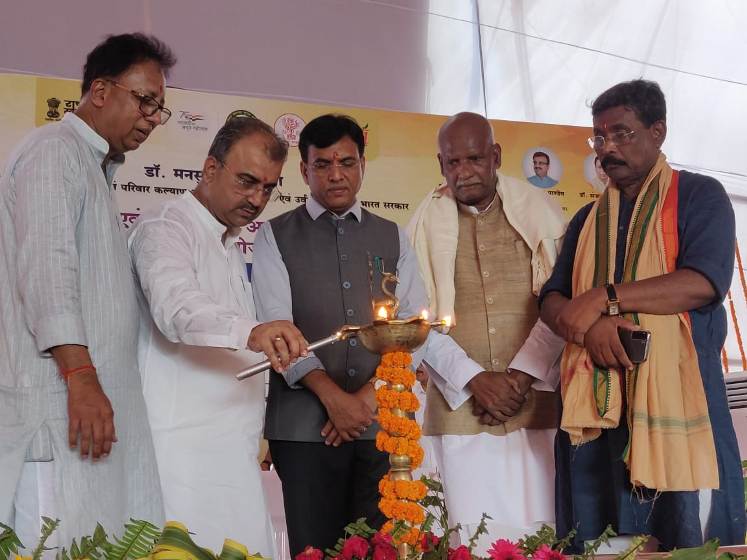 KATHMANDU, June 6: The quality of vegetables and food items exported from both India and Nepal will now be tested in Bihar. Earlier, the traders from both the countries needed to send the samples of their food and vegetables to West Bengal for quality tests.

Testing the food items and vegetables and fruits in Raxaul has become possible after the National Food Laboratory (NFL) was inaugurated in Raxaul, Bihar on Sunday by Indian Union Minister of Health and Family Welfare, Dr Mansukh Mandaviya. The inauguration took place in the presence of Minister for Agriculture and Livestock Development Mahendra Rai Yadav.

The NFL at Raxaul, established by the Food Safety and Standards Authority of India (FSSAI), is a modern facility equipped with advanced equipment and infrastructure for testing food samples entering India. “It will support enhanced bilateral trade between India and Nepal by reducing the time taken for testing samples of food and agricultural exports of Nepal which currently need to be sent to Delhi or Kolkata for testing,” said a press statement issued by the Embassy of India in Kathmandu.

The creation of an upgraded laboratory at Raxaul was a longstanding request of Nepal’s exporters which now stands fulfilled. The NFL is yet another reflection of India’s commitment to improve connectivity, trade and border infrastructure with Nepal as part of its “Neighborhood First” policy.

Profit earned by NEA will be mobilized in development of infrastructures related to electricity supply: Minister Bhusal
42 minutes ago