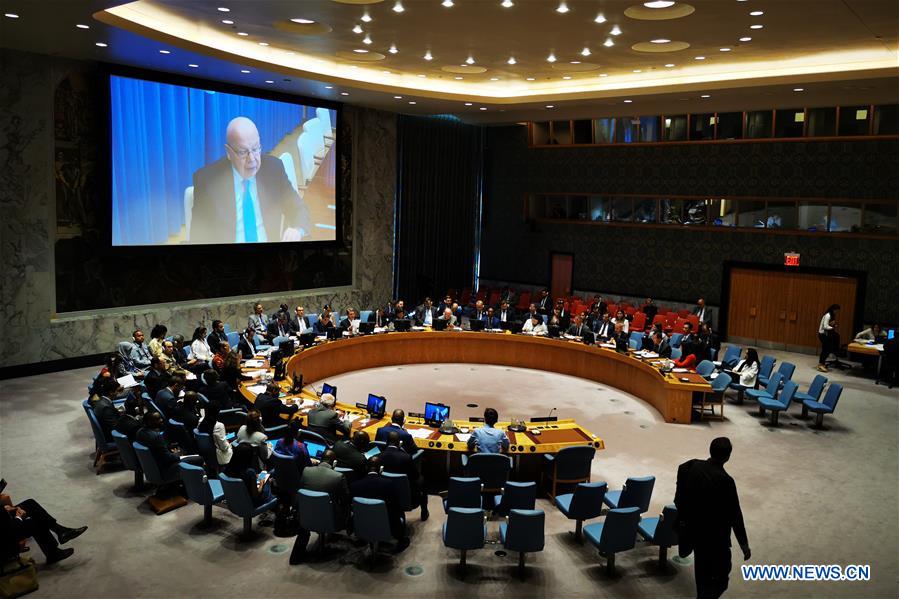 UNITED NATIONS, July 10: The UN Security Council on Tuesday held an open debate on the linkage between international terrorism and organized crime.

In his remarks to members of the council, Yury Fedotov, executive director of the UN Office on Drugs and Crime, highlighted priority actions to strengthen the global response to this threat.

According to Farhan haq, deputy spokesman for UN secretary-general, in a briefing, Fedotov noted the importance of working toward effective implementation of international commitments and called for more resources to provide technical assistance to build up specialized expertise and capacities.

Fedotov also stressed the need to reinforce investment in mechanisms for inter-agency, regional and international cooperation, including information and intelligence sharing.

"The UN clearly has a role to play in encouraging and enabling such networked responses," he added.

Also speaking at the open debate was Michele Coninsx, executive director of the Counter-Terrorism Executive Directorate.

She "reaffirmed" the joint commitment to combating all forms of support for terrorist groups and individuals, as well as to promoting regional and international cooperation through the dissemination of relevant tools and practices.

UNITED NATIONS, Jan 8: The U.N. Security Council has put off a planned session on Congo and its closely watched... Read More...