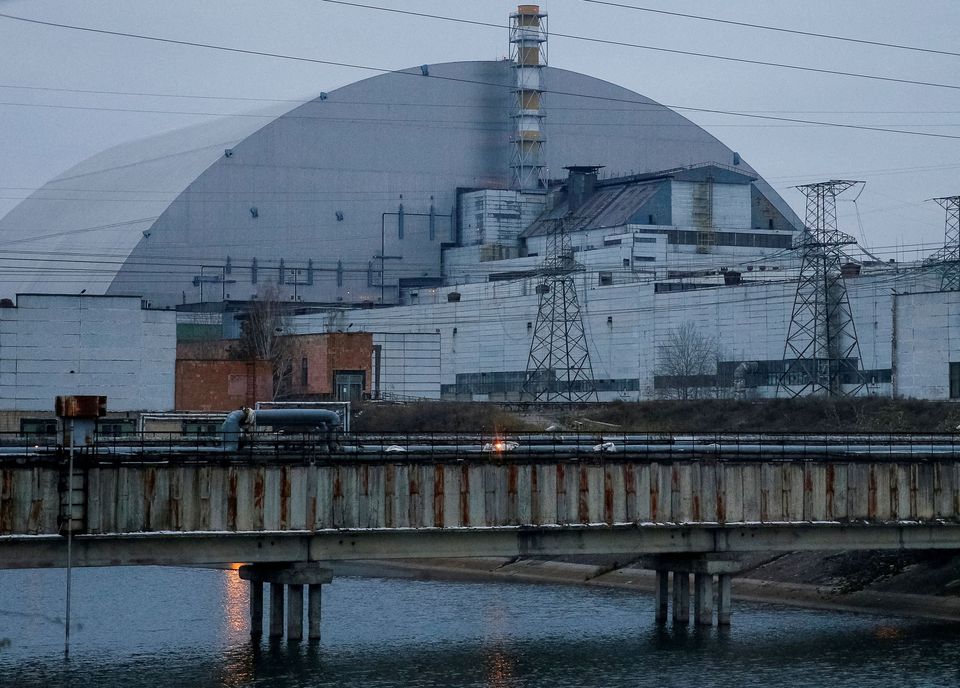 March 28: A senior Ukrainian official accused Russia on Sunday of "irresponsible" acts around the occupied Chernobyl power station that could send radiation across much of Europe, and urged the United Nations to dispatch a mission to assess the risks.

Russian forces, she said, were transporting large amounts of old and badly maintained weapons, creating a risk of damaging the containment vessel constructed around the station's wrecked fourth reactor.

And Russian forces were preventing firefighters from bringing under control large numbers of fires in the zone.

"In the context of nuclear safety, the irresponsible and unprofessional actions of Russian servicemen present a very serious threat not only to Ukraine but to hundreds of millions of Europeans," Vereshchuk said on her Telegram account.

"We therefore demand that the U.N. Security Council adopt immediate measures to demilitarise the exclusion zone around the Chernobyl station as well as dispatching a special mission to eliminate the risks of any repeat of the Chernobyl accident resulting from the actions of Russian occupying forces," she said.

Vereshchuk said damage to the containment vessel, built with European financing, would "inevitably lead to the release in the atmosphere of a considerable amount of radioactive dust and contamination not only in Ukraine but also in other European countries".

Russia, she said, was "ignoring these risks" by continuing to transport weapons in areas near the station.

Reuters could not immediately verify Vereshchuk's claims on the ground. Russia has previously denied that its forces have put nuclear facilities inside Ukraine at risk.

The fire and explosion in 1986 in Chernobyl's fourth reactor sent radiation wafting as far away as Britain and Spain. Thousands of deaths have been linked to the aftermath of the accident and the radiation it released.

All its reactors have now been taken out of service.

Russian forces occupied the Chernobyl station in the first days of the invasion last month and for a time prevented staff maintaining facilities there from leaving or being spelled off by other workers.

The mayor of Slavutych, the town created and built in the aftermath of the 1986 accident, said on Saturday that Russian forces had taken over the town. Three people were killed in clashes. read more

The International Atomic Energy Agency said in a statement that it was closely monitoring the situation and expressed concern about the ability of staff to rotate in and out of the station.

Seven arrested for trying to rob tourist
15 hours ago

Meeting of Maoist Center ends for today, next meeting scheduled for 11AM tomorrow
13 hours ago

Home minister urges industrialists to use indigineous products
13 hours ago