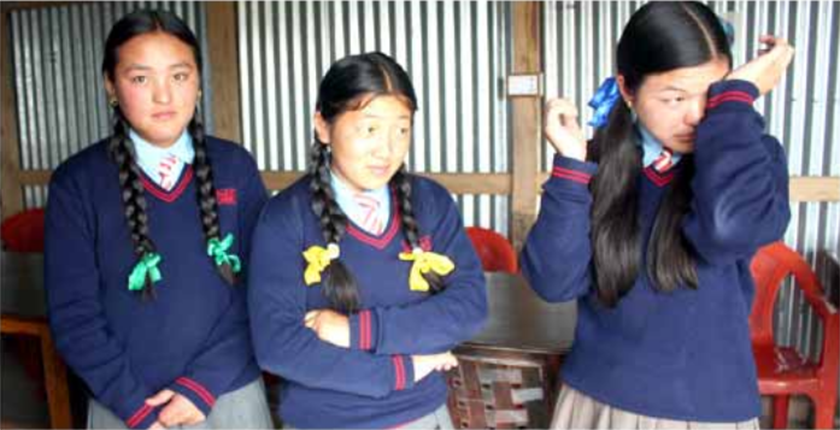 The science teacher Yashun Ojha beat the victims with the plastic pipe indiscriminately as they failed to answer the questions he asked.

According to the victim’s fellow student, the victims sustained injuries after they were beaten indiscriminately in different parts of their body.

“After getting beaten by the teacher, I forgot the answer which I knew”, said Bibhuti, one of the three victims of the science teacher’s corporal punishment.

The victims said the science teacher often gets angry when the students cannot answer his question. According to the parents of the three girls who were subjected to corporal punishment, their daughters couldn’t sleep throughout the night due to the injury they sustained.

“I saw my daughter walking with difficulty and noticed several bruises on her body”, one of the parents of the victims told Republica Online.

The victims were taken to the local health post for medical treatment. The parents have demanded legal action against the science teacher Ojha.

The principal of the school Sadhna Bhujel said that although it is common that teachers at a private school treat their weak students in a strict manner, what the science teacher Ojha has done to the three students does not match teaching ethics.

“We made him apologize for his misbehavior in front of the parents of the victims”, said the principal Bhujel.

I wish my students …

Teacher never feels like he is doing enough for their education. I wish they knew how hard a teacher tries... Read More...

Being a congenial teacher

It wasn’t an easy decision to opt for being a teacher. In 2015, I thought about it for hundred times... Read More...

Nepal is falling into a trap of India, China and the US
19 hours ago

Fire breaks out at Soaltee City (with photos)
14 hours ago

IN PICS: People march in capital, calling for restoration of monarchy in Nepal
16 hours ago