KATHMANDU, Dec 14: It’s the dream of every mountaineer: To summit all the 14 peaks above 8000m in the world including the seven summits in seven continents. As professional mountaineers in their own right, Mingma Sherpa, Chhang Dawa Sherpa, and Tashi Lakpa Sherpa, three siblings from Makalu Rural Municipality-1 of Sankhuwasabha district, have embarked on a journey to the South Pole in Antarctica in a bid to summit Mt Vinson (the highest peak in the continent of Antarctica) under the trio’s mission to conquer all seven summits across seven continents.

The team will spend one month in Antarctica and if it is eventually successful, then the brothers will become the first trio of siblings and the first Nepali team to have accomplished the feat. The mission undertaken by the team to put three siblings on top of the highest points in all seven continents is a first of its kind. 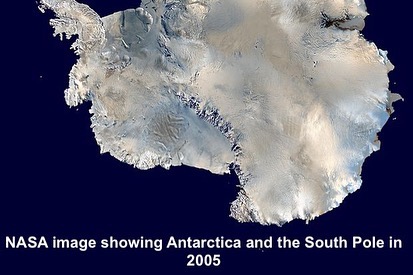 The team left for Doha from Kathmandu on Monday with the Nepali national flag which was handed over to the team by incumbent Prime Minister Sher Bahadur Deuba. From there, the Sherpa brothers will leave for Brazil before taking a day’s rest in Chile, after which they will be flown to the Union Glacier Camp in Antarctica via a Russian military aircraft, according to Thaneshwar Guragai, manager at Seven Summit Treks Pvt Ltd.

The three brothers are bound to travel a 111 km journey from the Union Glacier Camp to the South Pole. “The terrain in Antarctica is mostly covered with glaciers so the team will have to ski for almost 100 km of the way unless the terrain gets dangerous or unfit for skiing. The team will also summit the Vinson Massif as a part of their goal to reach the highest part in the continent,” Guragai informed Republica.

The Vinson Massif (4,892M/16,050FT) is the highest peak in the Antarctica Continent and the South Pole, also known as the Geographic South Pole or Terrestrial South Pole, and is one of two points where the Earth's axis of rotation intersects its surface.

Among the three siblings, Mingma and Chhang Dawa Sherpa have the Guinness world record for the "World’s First Siblings to Climb All 8000ers". Tashi Lakpa Sherpa is an adventure specialist and one of the most experienced expedition leaders in the Himalayas. He also holds the Guinness record for climbing Mt Everest at the age of 20 without using supplementary oxygen. 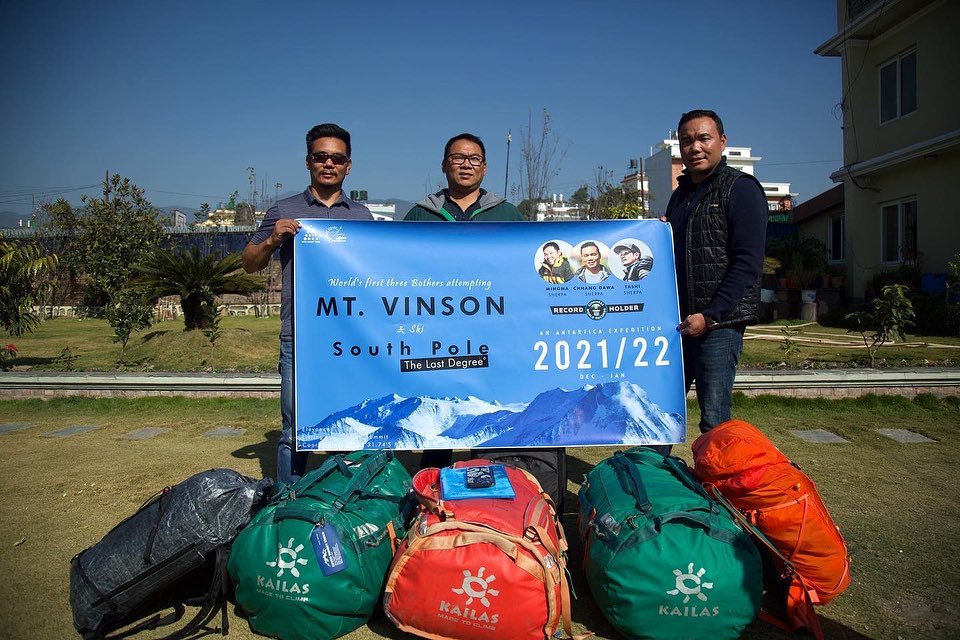 While Chhang Dawa has Puncak Jaya in Indonesia and Mt Denali in North America to summit to complete all seven summits in seven continents, Tashi Lakpa has just Mt Puncak Jaya left to summit. Meanwhile, Mingma still has five mountains to summit in the remaining continents apart from Mt Everest in Asia. The South Pole expedition will be his second step toward his goal to summit all the world’s seven highest points.

“Though the goal of the team may sound challenging to people, the three brothers are all professionals in the field of mountaineering. Mingma and Chhang Dawa have climbed all 14 peaks above 8000 meters as well, while Tashi Lakpa has climbed five out of the seven summits across the continents,” Guragai said. "The main challenge for the Nepali brothers was the financial part of the expedition. An expedition to Antarctica costs a fortune for a single Nepali, let alone three people. Despite the issues, the three mountaineers and brothers have taken on the challenge as a milestone to reach as professional mountaineers,” he added.

The siblings have also scheduled a plan to undertake the North Pole expedition in the spring of 2022. They have decided to finish all the remaining summits by the next one and a half years. The seven highest peaks in each continent include Mt Kilimanjaro in Africa, Mt Elbrus in Europe, Denali in North America, Mt Aconcagua in South America, Vinson Massif in Antarctica, Mt Everest in Asia, and Mt Puncak Jaya in Oceania.

Nepse inches up 4.97 points, while daily turnover amount dips to Rs 1.76 billion on Wednesday
10 minutes ago