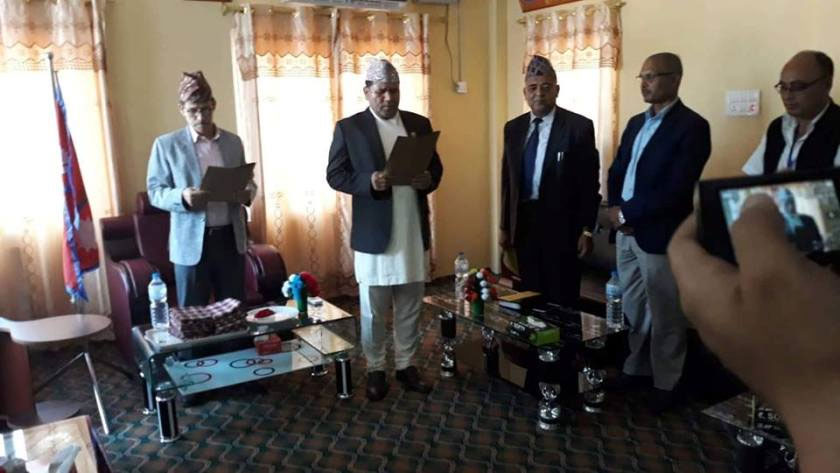 DHANGADHI, Oct 9: The government of Sudurpashchim Province has been extended with an appointment of one more state minister in the seven-minister cabinet on Tuesday.

Lawmaker Prakash Rawal, who had been elected as a member to the Sudurpashchim Provincial Assembly representing Kanchanpur Constituency-3 (A), has been inducted as the Minister of State for Industry, Tourism, Forest and Environment.

The summer session of the parliament has come to an end today. Speaker Arjun Bahadur Thapa announced the end of the session by reading a letter sent by the Office of the Provincial Chief.

The session, which began from May 16, lasted for 47 days with 53 meetings, informed Speaker Thapa. According to him the session had run for a total of 62 hours.

The session had endorsed as many as 15 bills while one bill is sub-judice in the parliament, added Thapa.