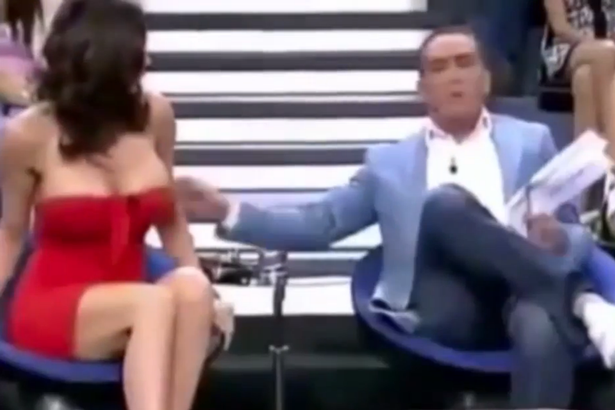 A reality star has reacted angrily after a Spanish TV host pulled down her dress and exposed one of her breasts.

Yola Berrocal, who is famous for once having the largest bosom in Spain, was making an appearance on a live TV show when the gaffe happened.

The 46-year-old can be seen angrily ending the interview after the host’s hand catches the top of her dress, causing it to fall. Her embarrassment didn’t end there.

The image of her exposed breast was then flashed across the screens for a second time.

The video clip is believed to be from 2014 but has recently gone viral, having been viewed more than 2.3 million times.

It is difficult to tell from the footage if the incident was intentional or not.

Online comments have greatly criticized the host for his actions, with one saying ‘What he did wasn’t funny, if she had belted him one he’d have deserved it.’

LOS ANGELES, July 8: Candy Crush addicts, and you know who you are, put down your mobile device immediately. Then you... Read More...