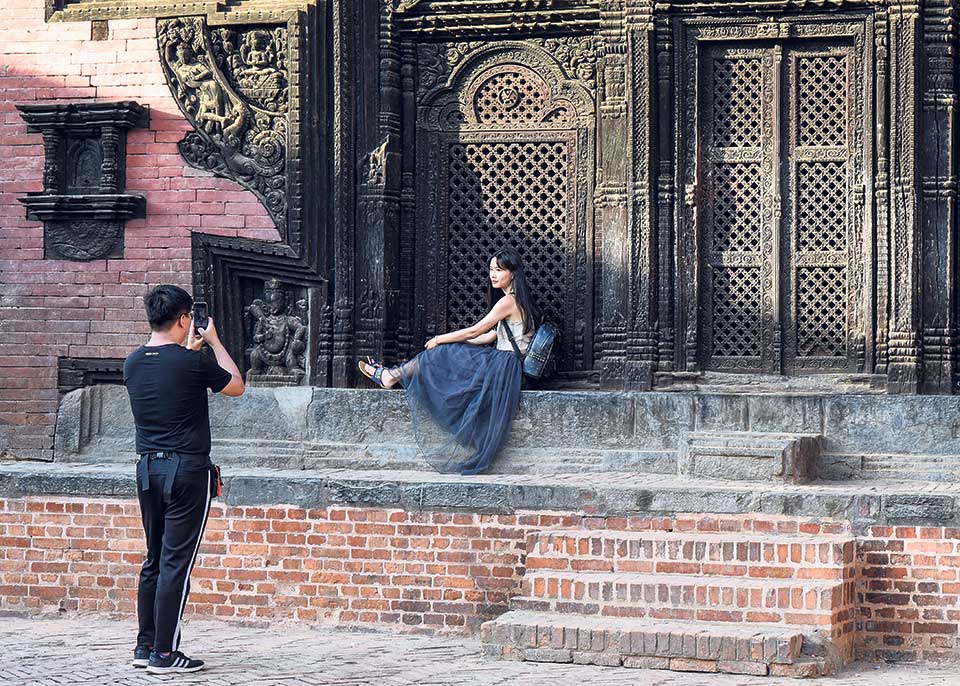 KATHMANDU, Sept 20: The number of Chinese tourists visiting Nepal in August increased by a massive 63.9 percent year-on-year to 12,048.

Officials of Nepal Tourism Board have attributed this rise in tourists arrivals from the northern neighbor to Prime Minister Khadga Prasad Oli's China visit in mid-June.

“Certainly PM's visit to China contributed in the publicity and marketing of Nepal in the Chinese market. This is reflected in tourist arrivals from the northern neighbor," Deepak Raj Joshi, CEO of NTB, told Republica. "Massive publicity in the Chinese market, as well as the launching of our website in Chinese language has helped in better promotion of Nepal in China."

Similarly, the number of tourists from South Asian Association for Regional Corporation (SAARC) countries increased by 48 percent year-on-year to 38,972 in August 2018. Major contributions came from India (19,295) and Sri Lanka (16,878). Total arrivals from other Asian countries also increased to 19,393 in August.

Likewise, Nepal welcomed 14,918 tourists from European countries, 1,600 from Oceania and 5,403 tourists from Americas, according to data compiled by NTB.

Total tourist arrivals in August grew by 18.8 percent to 87,679. Similarly, total tourists visiting Nepal in January-August period has increased by 18.2 percent to 680,996.

Binayak Shah, general secretary of Hotel Association Nepal (HAN), said that most of the hotels in Nepal now have Chinese cuisines on their menu. "Not only hotels, even street food stalls have Chinese menu," he said, adding: “Trip to Nepal is becoming more comfortable for Chinese compared to past years. They no longer face difficulty due to language problem. There are good Chinese restaurants in major destinations."

Six flights from China land in Kathmandu every day. Most of these flights bring Chinese tourists.

However, Shah said there is still lot more to do. "Chinese outbound is increasing with every passing year. We can bring more Chinese tourists to Nepal by building better roads to major Chinese cities," he added.

KATHMANDU, Jan 26: In what appears to be a major setback for the country which is celebrating the ‘Visit Nepal... Read More...

KATHMANDU, Mar 2: The government has directed the bodies and organizations under the Ministry of Culture, Tourism and Civil Aviation... Read More...

Govt looks for alternative to fulfill gap from Chinese tourists

KATHMANDU, Feb 2: The coronavirus outbreak in China and the country's restriction on group travel for its citizens is likely... Read More...