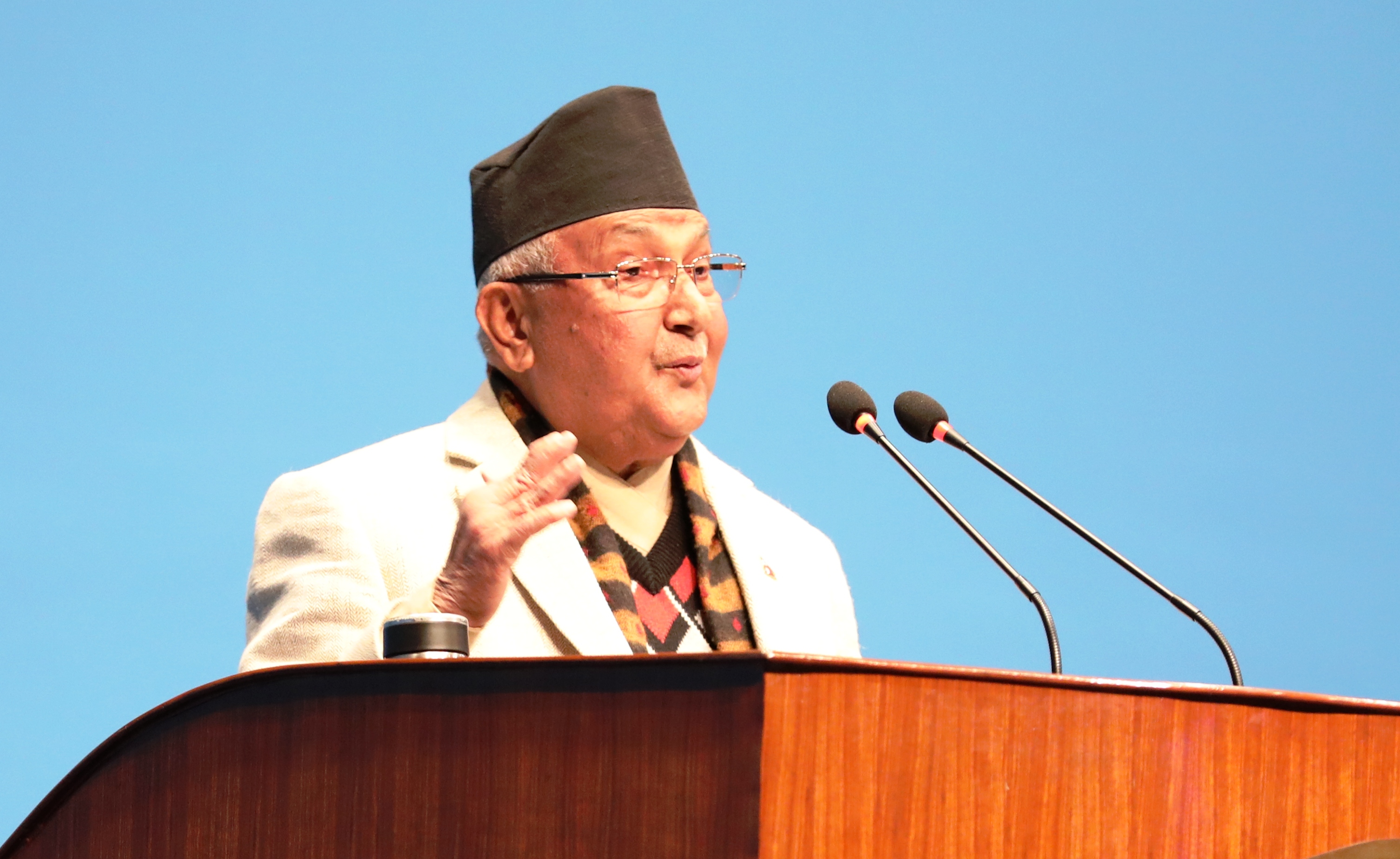 KATHMANDU, Jan 20: Prime Minister KP Sharma Oli is to leave for Davos of Switzerland later today to participate in the conference on Annual World Economic Forum.

Prime Minister Oli is departing for Davos at 8 pm from the Tribhuvan International Airport. Leading a Nepali delegation, the prime minister is going to visit Switzerland from January 22 to 25 to take part in the conference on Annual World Economic Forum.

Prime Minister Oli will speak during the two sessions titled "Strategic Outlook on South Asia" and "Shaping the Future of Democracy, according to a press release issued by Ministry of Foreign Affairs.  Leaders from the G20 member states, who take part in the conference, are also scheduled to hold a separate group meeting with Prime Minister Oli.