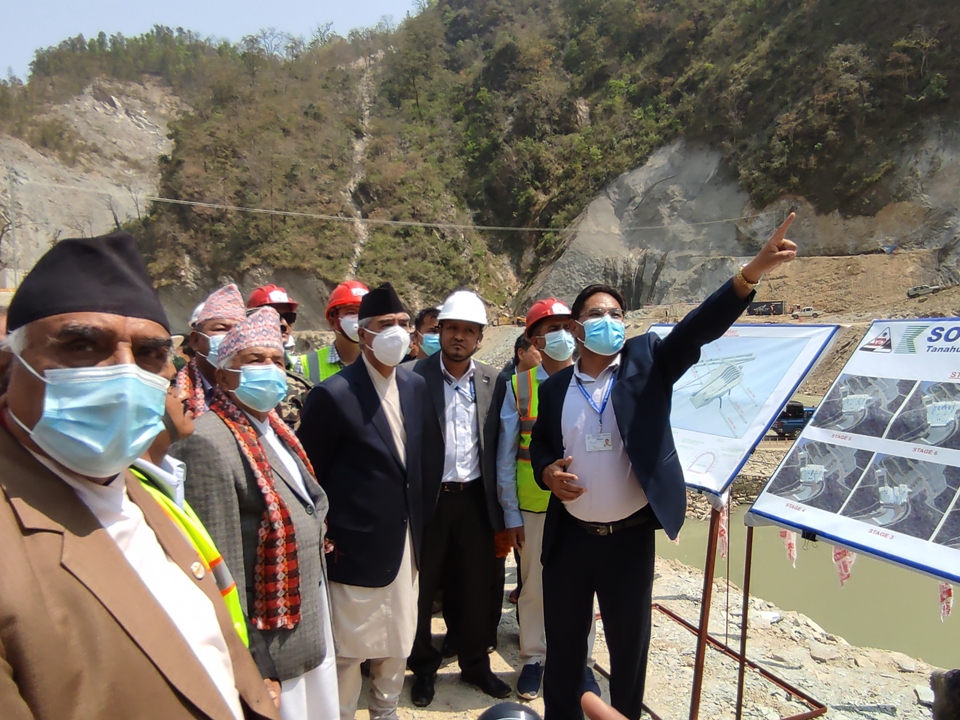 On the occasion, he inspected the project’s dam site, and power house and took updates about the progress in regard with the implementation of the project. PM Deuba pledged all required support on behalf of the government for the project.

The PM was here to attend some programs in Tanahu and managed his time to visit the national pride project.

He briefed the PM on the major works being undertaken in three packages: ‘package one’ is about the construction of a 140-meter high dam and presently works to divert the river are going. Similarly, the works relating to the construction of a tunnel, a power house and the supplies and hydro mechanical and electromechanical operations are dealt with under ‘package two’.  The ‘package three’ includes construction of a 220 KV double circuit from Damauli of the district to Bharatpur of Chitwan which is underway. So far, foundation works for 35 towers have been completed and 16 towers have been built.

The project is expected to be completed by the next five years (Asar, 2083 BS).

Samsung hands over new car to lucky winner
30 minutes ago

UML will come forward to provide leadership to the country: Paudel
37 minutes ago