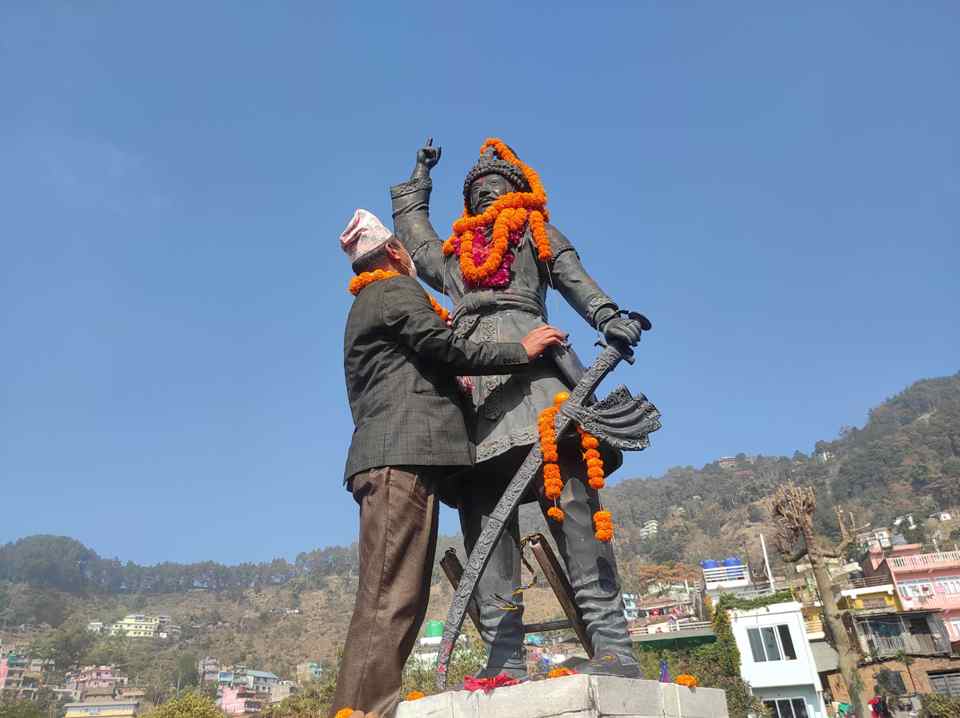 A man offers a garland to the statue of King Prithvi Narayan Shah in Gorkha on Monday. (Photo: Narahari Sapkot/Republica)

KATHMANDU, Jan 11: On the occasion of the 299th Prithvi Jayanti (birth anniversary of late King Prithvi Narayan Shah) on Monday, Prime Minister KP Sharma Oli has recalled the special contribution of the unifier of modern Nepal and paid him tributes and respect.

PM Oli took to twitter this afternoon, stating that the late King's contribution to the unification of Nepal is incomparable.

“The contributions made by King Prithvi Narayan Shah to the unification of Nepal is beyond comparison. Today, on the occasion of his 299th birth anniversary, I recall his special contributions and pay him respect,” Oli tweeted.

Various programs were organized across the country to mark the day. A special march was organized in Gorkha Bazar, the district headquarters of Gorkha, to mark the Prithvi Jayanti, on Monday afternoon.

Prithvi Jayanti or the birth anniversary of Shah is observed every year on Poush 27 as per the Nepali calendar in honor of late Shah. He is credited for the country's unification.