Local government fails to bring any change to health sector 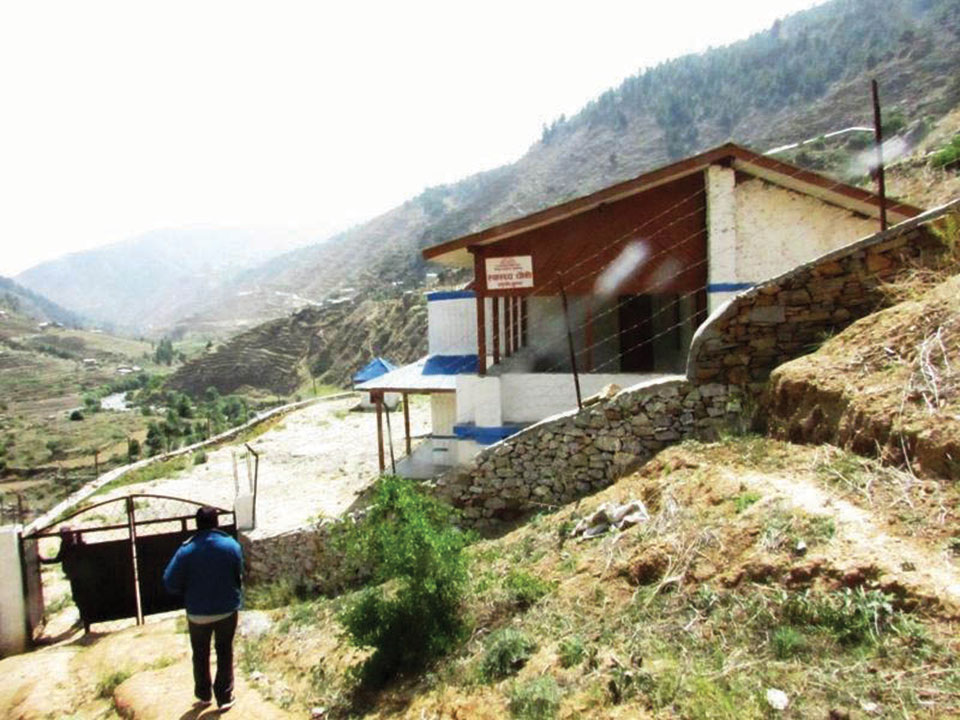 JUMLA, Sept 5: There are four government health institutions in Chandanath Municipality of the district headquarters Khalanga. Sadly, all of them are facing a medicine crunch at the moment.

Prithvinath Yogi, health department coordinator of Chandannath, laments that working in health organizations has become challenging after the formation of local units. "The elected representatives don't bother about the problems facing the health institutions . This is the reason behind the sorry state of the health sector," Yogi said.

During the election campaign, representatives promised to bring the services of Singha Durbar to the villages but the situation of health institutions has become more miserable these days. "Manpower crunch and inability to pay salaries on time demotivate the staffers when it comes to providing effective services. This ultimately affects the service seekers," he added.

This compels the patients to take a long walk to reach the Karnali Institute of Health Sciences. Every year, the government slashes the allowances of health workers but the elected representatives make no efforts to introduce better provisions for them. Most of the health centers have to rely completely on medicines provided by the District Public Health Office (DPHO). "Instead of getting priority, the health sector is being neglected the most," said Yogi.

Before the local elections, there used to be enough supply of medicines and health awareness programs used to be conducted frequently. Currently, Chandannath only has a conditional grant of Rs 600,000 provided by the central government but that is not enough.

"We have time and again reminded the municipality and representatives regarding purchasing medicines," said Yogi. Government health institutions should have 35 types of medicines but currently most of them only have five to six types of medicines.

The responsibility of overseeing the health institutions has now shifted to the local units. However, instead of making changes, the local governments have shown least interest in improving this sector. Coordinating with the representatives with no understanding of health sector has been difficult for the government officials.

So far, road construction has overshadowed other important infrastructures such as education and health everywhere. Laxman Chaulagain of DPHO, Jumla, says the health sector is currently in a mess. People had expected massive transformation in various sectors of development but that has not been possible yet.

Even after a year since the formation of the local governments, health policies are yet to be formulated. A large number of health workers are deprived of their salaries for months.

There are altogether 30 health institutions - one Primary Health Center, 10 community health centers and one Urban Health Unit in Jumla. As the condition of all health institutions is deteriorating day by day, locals have stopped visiting them. They rather prefer treating their illness in nearby private clinics.

"The local government does not buy required medicines and that is the reason why people have started preferring private medicals to government health institutions," said Jaymal Budha, one of the locals of Guthichaur Rural Municipality.

DANG, April 1: Many local units in Dang have been charged with disregarding the central government's instructions regarding the usage of... Read More...