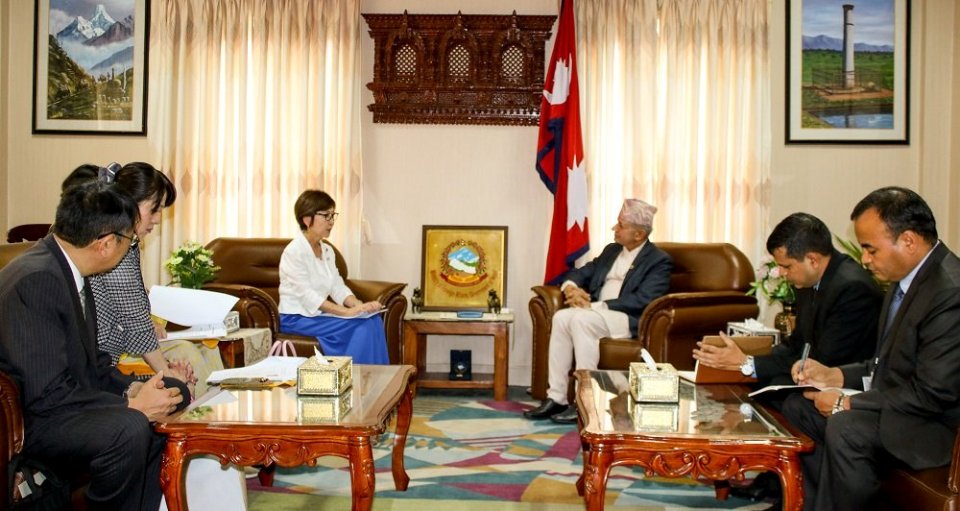 KATHMANDU, Aug 30: A delegation of the Liberal Democratic Party (LDP) of Japan’s Women Parliamentarians led by Tomomi INADA is currently on a three-day visit to Nepal.

During the meetings, they discussed various matters including possible collaboration in the field of women empowerment and exchange of visits between the women parliamentarians of both countries in the near future.

They also talked about further strengthening bilateral ties between two countries established in 1956, according to a press release issued by the Japanese Embassy in Kathmandu.

Recalling the Japanese foreign minister's visit to Nepal in January this year, the delegation stressed the need to further deepen mutual cooperation which is underpinned by people-to-people contacts.

The delegation also visited Paropakar Maternity and Women’s Hospital at Thapathali to inspect a Japan-funded project called ‘Program on Rehabilitation and Recovery from the Nepal Earthquake in 2015’.

Surendra Prasad Pandey, chairperson of the Nepal-Japan Parliamentary Friendship Group hosted a dinner in honor of the visiting Japanese delegation.

Likewise, the delegation attended a promotional event held in Kathmandu coinciding with the launching of the direct flights to Japan operated by Nepal Airlines and Visit Nepal 2020 campaign.

The event was co-organized by the Embassy of Japan in Nepal, Nepal Airlines and the Nepal Tourism Board. The direct flight between Kathmandu to Kansai (Osaka) was resumed after more than a decade on Thursday.