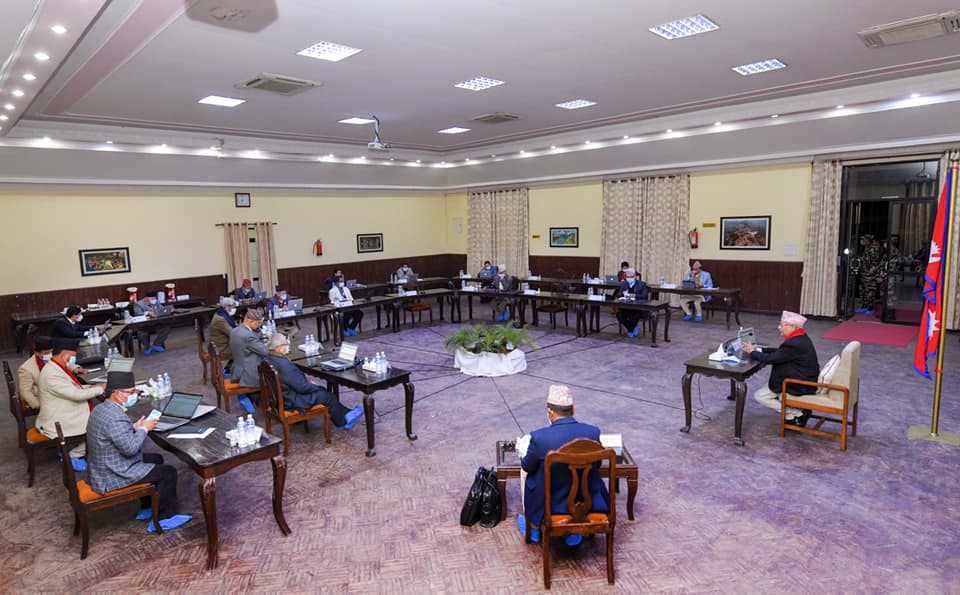 KATHMANDU, Feb 9: Midterm elections will be held in 40 districts of Province 2 and Gandaki, Karnali and Lumbini provinces on April 30 in the first phase and in 37 districts of Bagmati, Sudurpaschim and Province 1 on May 10 in the second phase, according to the government's plan.

A meeting of the Council of Ministers took a decision to this effect on Monday, according to Education Minister Krishna Gopal Shrestha.

Earlier on December 20, 2020, the government decided to recommend to President Bidya Devi Bhandari to dissolve the House of Representatives and announce midterm elections for April 30 and May 10.

A case against the dissolution of parliament is sub judice at the Supreme Court and hearing is underway for the same.

CHITWAN, Feb 23: Deputy Prime Minister Ishwar Pokhrel has said the democrats should accept and respect the decision of the... Read More...

KATHMANDU, Feb 22: Deputy Prime Minister Ishwar Pokhrel has said all quarters related to the election have geared up for... Read More...

Govt appoints Thapa as the new chief of Nepal Police