Former Maoist guerilla compelled to live with shrapnel in his head 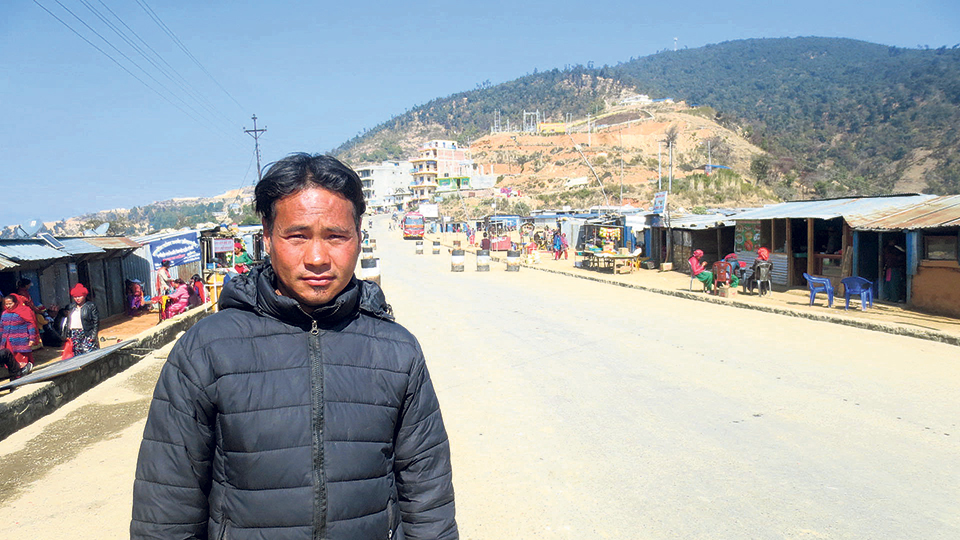 ROLPA, Mar 1: “Had I studied or worked, i would have a different life,” laments Khadak Thapa, a former guerilla, who was injured during the decade-long Maoist insurgency.

Thapa, 34, a resident of Aathbiskot Municipality-13, Rukum, who had received a bullet shrapnel during a clash with the security forces, still lives with the injury as he doesn't have money for treatment.

But Thapa is helpless as he doesn't have enough money for the treatment. “We [guerillas] are left helpless and abandoned,” said Thapa, who is working as a labor to feed his family. The money Thapa earns as a laborer is barely enough to support his family, let alone bearing the cost of treatment.

“If the leaders had honored the promises they made to us in the past, I wouldn't have struggled to get the treatment that I am badly in need of now,” complained Thapa, adding that the leaders had always delivered sweet words about philosophies and ideologies.

“Although they [guerilla leaders] talked about ideologies, rebels like me are left helpless. We [guerilla fighters] were used for their [leaders'] own benefit,” said Thapa.

“I wore the combat dress for 11 long years. I fought for the Maoists at the time when I could have shaped my future and career in a different way. Now, I don't have any skill. Nor do I have enough money to live an easy life,” said Thapa.

Some of Thapa's friends these days are in Singha Durbar, while some others have joined the Netra Bikram Chand-led Communist Party of Nepal (CPN), which has been fighting against the government.

Although Thapa is a former Maoist rebel, he no longer believes in any political ideologies. “All are the same. They all fight till they make it to the power. No matter what, innocent people are always used to earn money and to make it to the power,” he said.

Thapa feels sorry when he remembers the decade-long insurgency. He does not believe in politics – not even the communists. “With age, I have come to realize that the life of rebels like us has been put in a difficult situation due to our own leaders,” said Thapa, who doesn't want to remember his bitter past.

“In the past, we [guerilla fighters] used to beat those consuming alcohol. But now, I can't live without alcohol. I feel tense and I consume alcohol,” said Thapa, sharing how he has been addicted to alcohol lately due to mental depression and disappointments that surround his life.