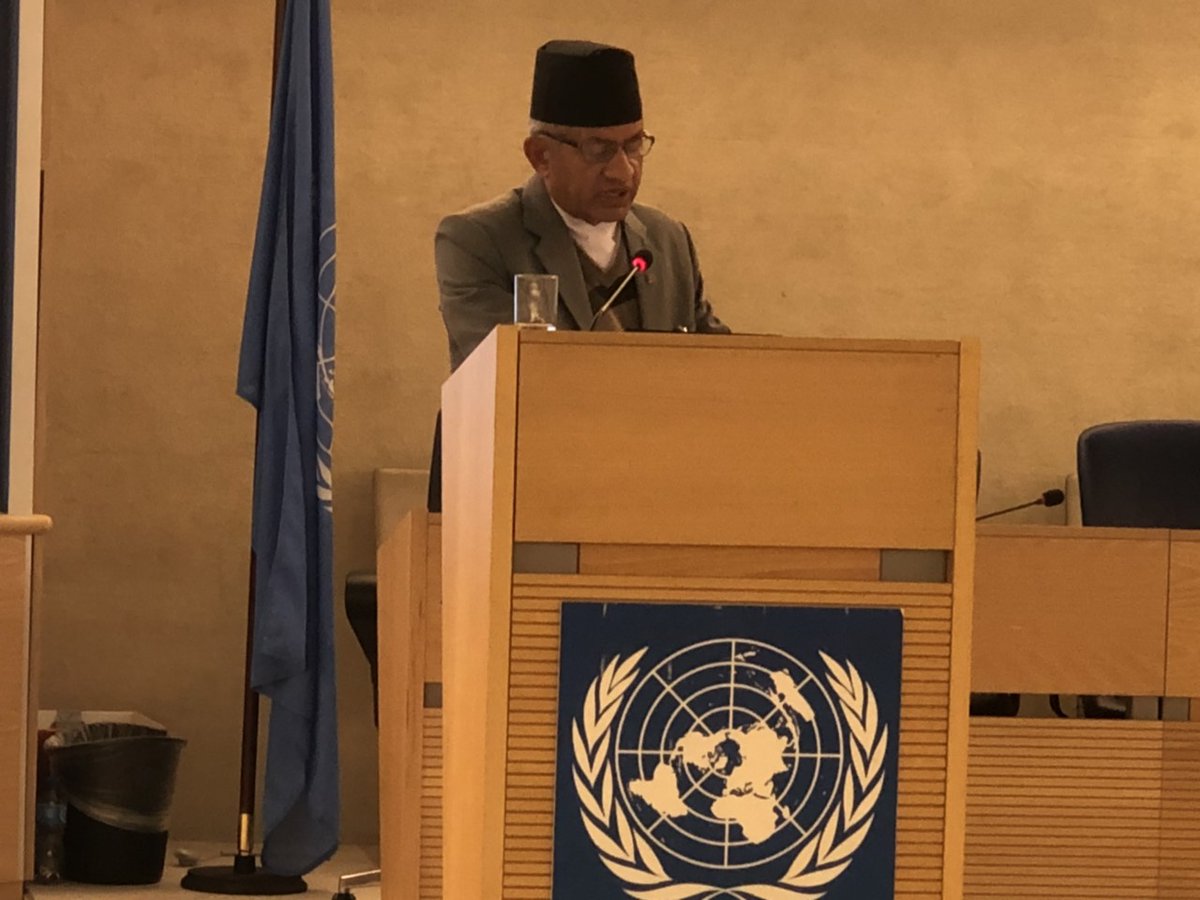 KATHMANDU, Feb 28 : Minister for Foreign Affairs Pradeep Kumar Gyawali attended the third and final day of the high-level segment of the 40th session of the UN Human Rights Council on Wednesday.

On the side-lines, the Foreign Minister had bilateral meetings with Ms Epsy Campbell Barr, First Vice-President of Costa Rica and with Mr Kyaw Tin, Union Minister for International Cooperation of Myanmar. Matters of bilateral interests, regional and multilateral cooperation were discussed during the meetings, the Ministry of Foreign Affairs stated today.

The Foreign Minister mentioned that Nepal has been addressing the remaining truth and reconciliation issues taking up the concerns of victims, Supreme Court verdict, reconciliation in the society and relevant international commitments. He also appreciated the role of OHCHR in promoting and protecting human rights everywhere.

Similarly, Foreign Minister had a meeting with Dr Tedros Adhanom Ghebreyesus, Director General of the World Health Organization. Enhancing partnership with the WHO on universal health coverage, maternal health as well as quality health services were discussed during the meeting.

Earlier, on Wednesday morning, the Foreign Minister visited the Geneva-based European Organisation for Nuclear Research (CERN). Director for International Relations Ms Charlotte Warakaulle and Senior Physicist Prof Emmanuel Tsesmelis of CERN gave briefing to the Foreign Minister and visiting team on the areas of international collaboration on particle physics and research on science and technology for the benefits of all.  RSS