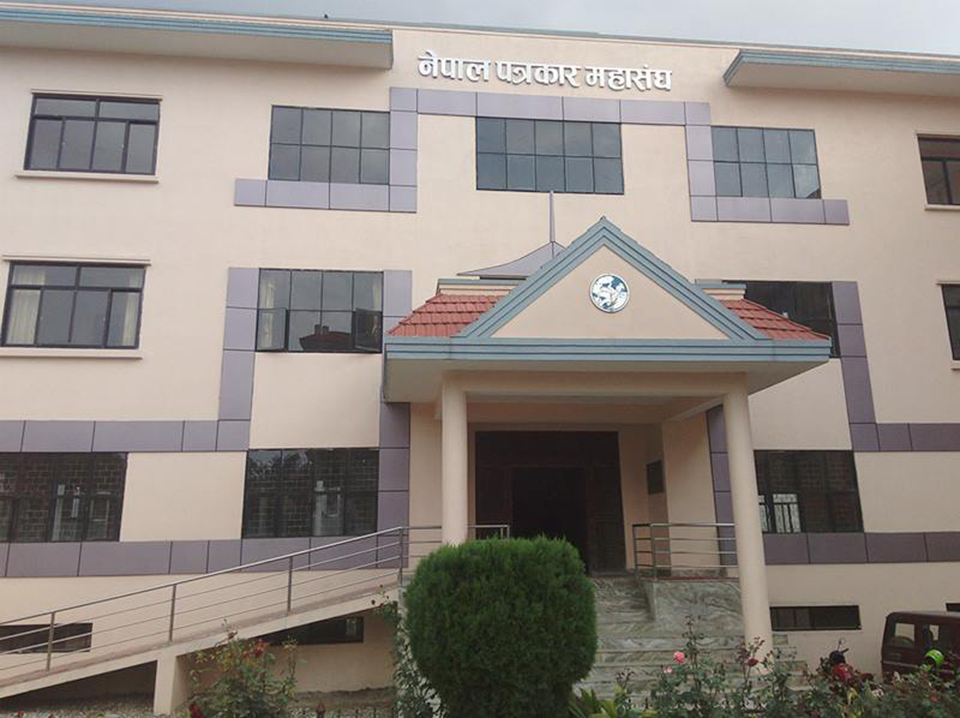 KATHMANDU, Nov 22: Federation of Nepali Journalists will organize a nation-wide demonstration on Sunday to exert pressure on the government and concerned stakeholders to ensure press freedom and protection of journalists.

In a press release on Friday, the FNJ said that the event will be organized in Kathmandu and all seven provinces coinciding with the International Day against Impunity.

The FNJ, the umbrella organization of the Nepali journalists, stated that successive governments have been failing to create a good atmosphere for press freedom and protection of the journalists.

The demonstration program will be held to exert pressure on the government to end impunity for crimes against journalists.

According to the FNJ, a total of 36 journalists have been killed in Nepal after the then rebel Maoists waged war against the state in 1996.

"Only murderers of nine journalists were arrested in this period. The remaining perpetrators involved in the killing of the journalists are still walking freely. The journalists who were victimized during the conflict and their family members were forced to become the victim of the impunity," the press release said while painting a bleak picture of media freedom in the country.

Seventy-one media persons test positive for COVID-19 across the country as of Friday: FNJ

KATHMANDU, Aug 28: Seventy-one media persons tested positive for coronavirus across the country as of Friday, the Federation of Nepali... Read More...

NEPALGUNJ, Jan 30: Senior journalist and press freedom campaigner Panna Lal Gupta has passed away at the age 92. He... Read More...