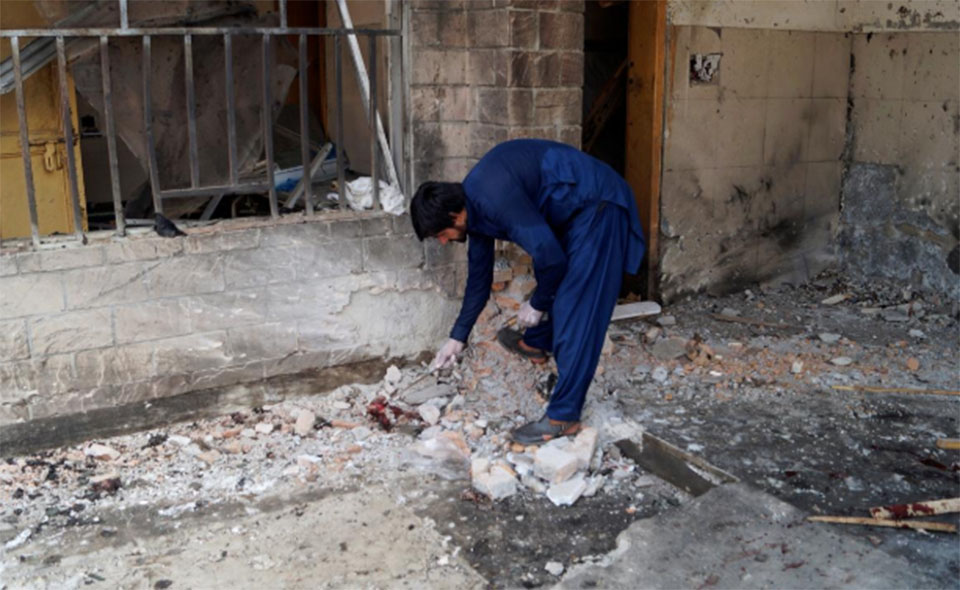 A police officer in plainclothes collects the evidence from the site of a suicide blast at the premises of the Civil Hospital in Dera Ismail Khan, Pakistan July 21, 2019. REUTERS/Stringer

The attack in Dera Ismail Khan early on Sunday was claimed by Tehrik-e-Taliban Pakistan, often known as the Pakistani Taliban, which is separate from the insurgent movement across the border in Afghanistan.

Local officials said the attack happened after two police were killed at a roadside checkpoint outside the city.

“When their bodies were taken to the main hospital, a suicide bomber, believed to be a female, wearing a burqa, triggered an explosive-laden jacket and caused huge losses,” said Waqar Ahmad, a local police officer.

He said the blast had damaged the emergency ward of the hospital and forced some of the wounded to be transferred to other cities.

Muhammed Khurasani, a spokesman for the TTP, claimed responsibility for the attack, which he said was carried out in revenge for the killing of two Taliban commanders by counter terrorism police around a month ago. However he denied the bomber was female.

Dera Ismail Khan has seen a number of suicide attacks over the past decade as the Pakistani military carried out a campaign to suppress militant attacks in the area, an important hub in the $60 billion China Pakistan Economic Corridor.

3,284 foreigners arrested in five years for committing various crimes in Nepal
23 hours ago

Madhav Nepal will return to CPN-UML: Bhattarai
1 hour ago