KATHMANDU, July 22: Activists affiliated to the Enough is Enough Campaign have registered a complaint against Minister for Health and Population Bhanu Bhakta Dhakal at the Commission for the Investigation of Abuse of Authority (CIAA), for allegedly embezzling state funds while procuring medical equipment amid the government’s battle against the COVID-19 pandemic.

In their complaint registered at the CIAA on Wednesday afternoon, the activists demanded an investigation into the alleged corruption in the medical equipment procurement.

They have also sought investigation against Secretary at the Ministry of Health Laxman Aryal, Director General at the Department of Health Dipendra Raman Singh, owner of the Omni Group Durga Prasad Belwase, Bhanu Bhakta Bhattarai and Chief Executive Officer of the Omni Group Tulhari Singh Bhusal.

Earlier, the activists affiliated to the campaign had sought information from the Health Ministry regarding the government's expenses in the battle against the COVID-19 pandemic by using the RTI. 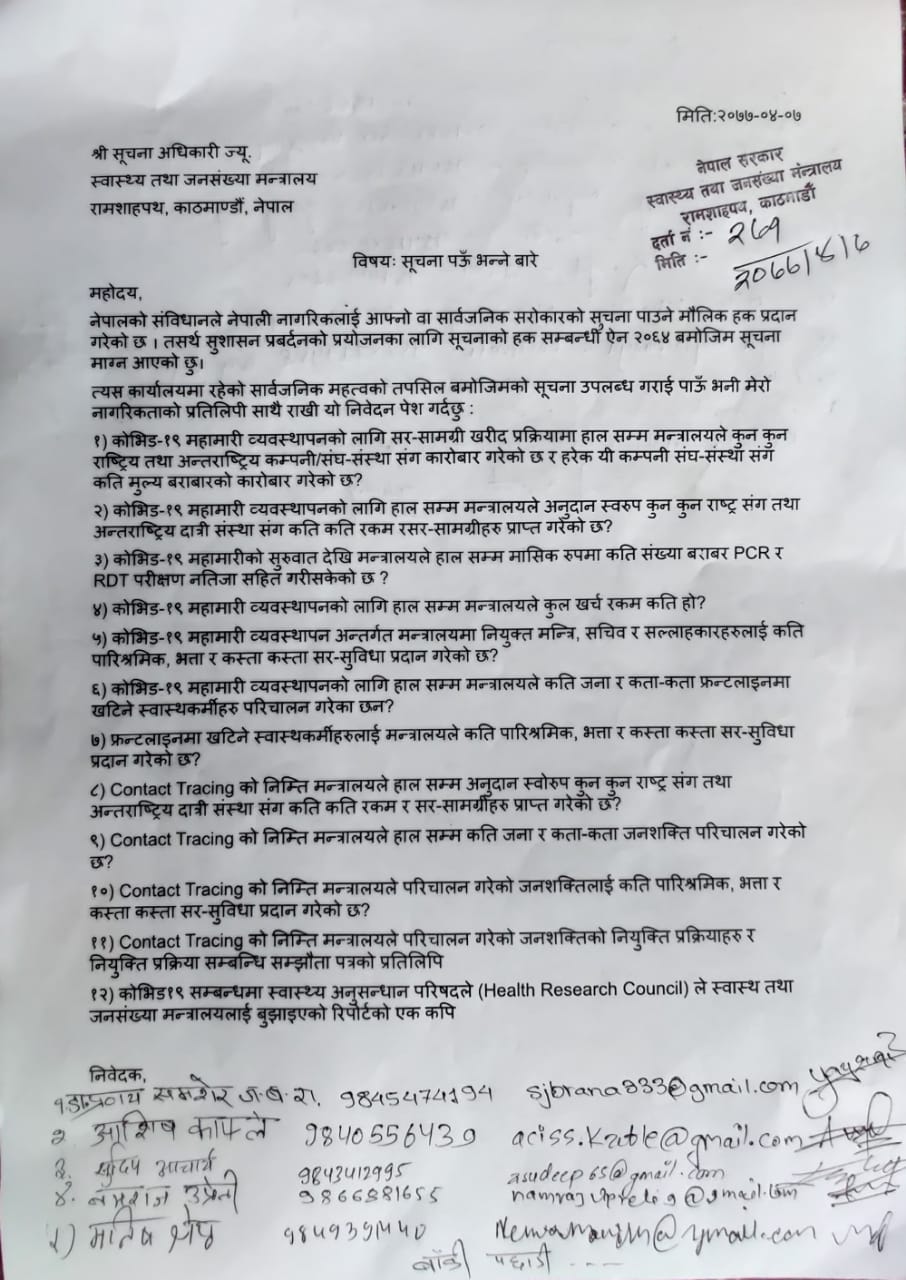 KATHMANDU, Oct 6: The Commission for the Investigation of Abuse of Authority (CIAA) has filed a corruption case against lawmaker... Read More...